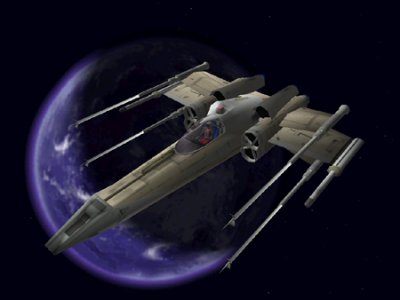 Description: After the success of the Z-95 Headhunter, Incom and SubPro began development work on its replacement, but Incom due to its commitments on their own replacement the X-Wing and increasing pressure from the Empire were forced to withdraw leaving SubPro to finish the design work themselves. The resultant fighter has similarities to both its predeccessor and Incom's X-Wing, with split airfoils with heavy laser cannons mounted at the ends. However the Z-98 has an extra set of wings, with Ion Cannons mounted at the end of these, making the Z-98 a far more rounded starfighter than either of its relatives, however this fighter was doomed to a short production run for the same reason as so many good starfighters of its era did, because of the tightening weapons restrictions of the emergent Galactic Empire.