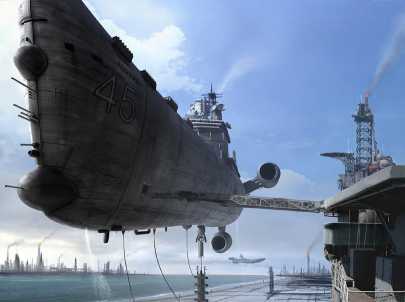 One of the changes, while I've not been updating RPGGamer.org, has been me stopping running Star Wars D/6, this I've done for various reasons, some of which I'd like to talk about.
When I first started off this site, I was just starting to run Star Wars D/6, and the two main reasons I started off the site was . 1) Because I had to do a web site to pass my HNC Web Design module. 2) Because my campaign was set after the movies, I wanted my players to have access to the background material I was making up, without me having to produce lots of handouts each week.
My original campaign was set after the movies, and a lot of the background is available through the site, but basically what happened was that I'd read the Tales of the Jedi: Golden Age of the Sith graphic novels, where Naga Sadow leads the Sith species into war against the Old Republic and when he fails and returns to the Sith homeworld he finds the rest of the Sith have risen against his rule and they force him to flee. While Sadow's fate is laid out in the comics (he flees to Yavin IV with his Massassi footsoldiers, and build the Massassi temples where eventually the Rebellion launch their attack against the Death Star), it never discussed the fate of the rest of the Sith species and worlds.
So, I wondered what had happened to them, and made my campaign based around them returning to the Republic while it was weakened after the Galactic Civil War. My Players eventually destroyed the Sith Homeworld during a ritual where they all had to swear their oath of obedience to the Sith Emperor, thereby wiping them out. My campaign even continued from this point, where the reborn emperor (from Dark Empire, which played out differently in my alternate timeline, where Leia depressed from the death of Han Solo at the hands of the Sith never rescued Luke from the Emperor, who then converted him into the new Vader) started to work behind the scenes to corrupt the New Republic. The Players then eventually fought him, and beat him (taking down his lightsaber combat to make him vulnerable to blasters from the non-Jedi).
I then launched into another Star Wars D/6 campaign, set 4,000 years before the movies, where all the players were force users (of different types) chosen by the force itself for some greater purpose.
However, after playing in a campaign for 5+ years (I ran my Star Wars Campaign for around 5 years, but originally took it over from R, who had probably been running it for at least 3 years before that), starting another campaign didn't grab my players, and while a bored GM will infect his players, the reverse is also true and I really began to dread where my campaign was going.
Well, my solution came about due to having some spare time, during which I loaded up an RPG I'd written on my old Amiga, and ran for several years, but stopped due to rewriting the rules. I'd always intended to go back, and having some free time, I did, and copied the files into MS Word format, edited the old text tables into properly formatted tables, and generally made it look far, far nicer. I also got around to updating it, and found my enthusiasm for writing once again, getting the games page count up to around 550 pages.
Not wanting to have wasted this time, I decided to run the game once more, and even though the players had expressed that it probably wouldn't be as much fun any more (you can't go back), they made characters, and began to get involved. I've now run several adventures, and my players are showing enthusiasm I haven't seen in several years, they're actually getting totally into it.
The basis for this enthusiasm? A change in the way I'm running the games, as well as a change in the style of the games we're playing.
In Star Wars, I was running long campaigns, with many hidden motives, and developing storylines, which is satisfying in the long run. The players were "heroes", doing what they do because its "right" not for any particular reward.
Now I'm running one off adventures, where everything is wrapped up within the adventure (well not everything, but the storyline is completely done within the scope of a single adventure), and the players are hired mercenaries, doing what they do for cash. All of which is immediately satisfying, you do stuff, you get rewards, and you don't need to bother about the son of that guy you killed 20 weeks ago.

I guess what I'm saying is that I've begun to fly in the face of convention. For years I've believed what I've read that campaigns which develop are the highest aspiration of GM'ing. That running adventures from week to week which aren't really linked is unrealistic and somehow a less advanced form of roleplaying.
But taking television as an example, Lost, Heroes, Babylon 5, etc are all television series where the plot builds week on week and the satisfaction of getting answers after weeks and weeks of suspense is fantastic. But are those programmes actually better than things like Star Trek, Firefly, Doctor Who or StarGate, where the stories are seperate and pretty much every episode hits the reset button at the end (I know that Babylon 5 had lots of stand alone episodes, and StarGate has ongoing storylines, but they mainly fit into the categories I set for them). I know that I certainly consider Firefly to be one of the finest Television programmes of the past decade, would it have been any better if every story was linked, and the pay-off's didn't happen for weeks? I very much doubt it.
Also certain games are suited to episodic play, and while you can force them into campaigns, I certainly wouldn't consider them to be worse games than others. For example Shadowrun could be campaigned with, but its set up of being hired for one off Shadowruns doesn't lend itself in that direction. Also the fact that the players are hired, lends to disconnection from the plot, the players aren't really invested into completing their mission by anything except cash (and maybe reputation), but it makes a damn fun game.
I know I'm not having world shattering revelations here, but having tried to discuss it on another web-site, and basically been ignored, I thought I'd share it here and see what you all think. Don't get me wrong, I'm not arguing against continuing plots in RPG's, our AD&D campaign was fantastic, where everyone had the chance to help shape the future of the world. But only certain types of story are suited to this style of telling and not everything has to be Lord of the Rings. Lets stop looking down on certain types of games, and stop aspiration towards something which isn't necessarily any better, lets just play games and have fun.