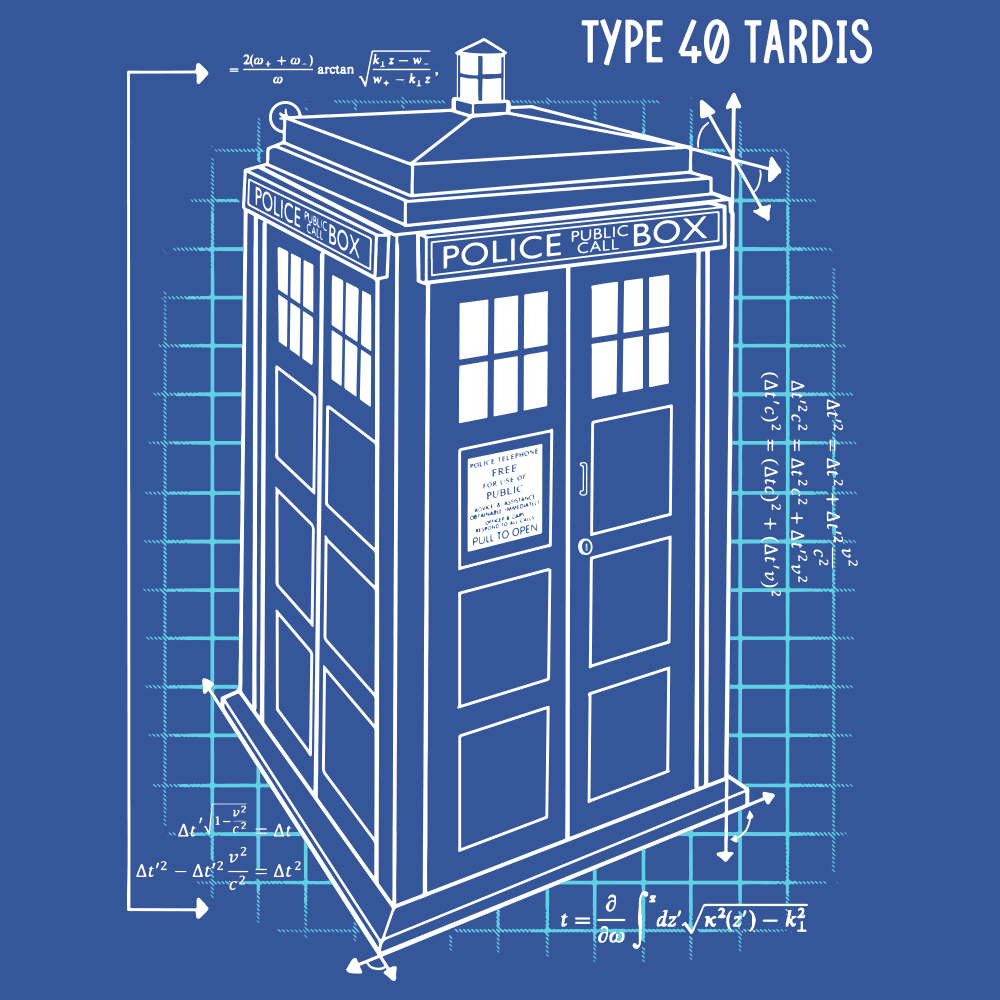 Ă‚Â Ă‚Â Ă‚Â Ă‚Â Ă‚Â Ă‚Â Ă‚Â Ă‚Â So, I've made no secret over the years that I'm a massive Doctor Who fan and at time of writing we're just over halfway through the 2018 season of 10 episodes. And for those that haven't been paying attention, this is Jodie Whittakers first season as the first female Doctor.
Ă‚Â Ă‚Â Ă‚Â Ă‚Â Ă‚Â Ă‚Â Ă‚Â Ă‚Â This character, which for 12 incarnations has been portrayed by a male actor, has now become female. Which has seemingly made a lot of people very angry.
Ă‚Â Ă‚Â Ă‚Â Ă‚Â Ă‚Â Ă‚Â Ă‚Â Ă‚Â Now firstly I'd like a explore the concept. The Doctor is a Gallifreyan Time Lord, a species which through the use of extremely advanced technology and manipulation of time itself has the ability at the moment of death to Regenerate. This process takes the individuals body, mixes it all up a little and makes them into a new version of the same person (almost like a sibling who has exactly the same memories (they're made of exactly the same building blocks, but are a totally different version, with a different personality and appearance).
Ă‚Â Ă‚Â Ă‚Â Ă‚Â Ă‚Â Ă‚Â Ă‚Â Ă‚Â This often has the benefit of making them far more resistance to the root cause of the last incarnations death (on two occasions (5th and 11th Doctors), the Doctor has died by caring about others too much, so the next incarnation has been a lot more distance and hostile towards other people.
Ă‚Â Ă‚Â Ă‚Â Ă‚Â Ă‚Â Ă‚Â Ă‚Â Ă‚Â Anyway, this time, the Doctor has become a female, which has been demonstrated on many occasions by other members of his species. But some people seem to be extremely hostile towards this idea. They seem to be angry about the idea of this Alien being, who can totally rewrite their DNA at the point of death, becoming a female, even though as I've just explained the Regeneration is essentially giving a new version of the same person a chance at life. And just in case these people haven't noticed, there are both Male and Female beings born from the same parents. It's just not that big of a change.
Ă‚Â Ă‚Â Ă‚Â Ă‚Â Ă‚Â Ă‚Â Ă‚Â Ă‚Â Now, I will admit, I've been concerned about the change from a Male to Female actor in the role myself. Not because I don't think that the world is ready for a female hero, but because I know that people will leap upon this as the cause of any problems.
Ă‚Â Ă‚Â Ă‚Â Ă‚Â Ă‚Â Ă‚Â Ă‚Â Ă‚Â Now, as well as the actor changing this year, the show has changed quite considerably. The Showrunner for the series has just swapped to a successful writer, but one who doesn't have the best experience with Doctor Who (but did a couple of excellent episodes of the spinoff show Torchwood). And also they've decided that the show should take a more educational aspect, fulfilling it's very original concept that the Doctor should travel through time to educate us about those other times, instead of being just a Science Fiction show. They've also gone from having the show be mainly about the Doctor and single travelling companion, to one where they have a crowded Tardis, with three companions, with one of them being mainly known as a comedian rather than an actor. And finally, they've changed the timeslot from the Saturday evening where Doctor Who has traditionally done well (it's usual timeslot since it was first conceived 50+ years ago), but also changing from 13 x 45 minute episodes, to 10 x 60 minute episodes.
Ă‚Â Ă‚Â Ă‚Â Ă‚Â Ă‚Â Ă‚Â Ă‚Â Ă‚Â Now, all of these changes have a cumulative effect, and one that I worry will change the perception of the show. That there's less episodes, it's not on at as good a time, that it's perhaps not as well written as it used to be. But all of these I worried will be laid at the door of the fact that the Doctor now has a womb (or at least the actor does, because if we believe the novels of Doctor Who, the Time Lords are created in Genetic Loom's, rather than being conceived and born in a more humanly conventional fashion, so womb's may not exist at all in their biological makeup).

Ă‚Â Ă‚Â Ă‚Â Ă‚Â Ă‚Â Ă‚Â Ă‚Â Ă‚Â I can't go on YouTube recently without dozens of videos being suggested telling me how bad Doctor Who is and how it should be cancelled, and this makes me very sad. Because although this season isn't my favourite, it's been pretty good. And some of the elements I mentioned before haven't been an issue, the educational aspect to the show especially is being amazingly well done. The recent Rosa Parks episode was brilliant, and to tell the truth, as a Scotsman who lives in Scotland, I was really only aware that Rosa Parks refused to sit at the back of a bus, and was arrested, which was a rallying point for the Civil Rights movement in the United States. I had no other knowledge at all, and this episode educated me. Yes it had a time travelling bounty hunter in it too, but I came out knowing heck of a lot more about Rosa Parks and the American Civil Rights movement than I did when I started watching.
Ă‚Â Ă‚Â Ă‚Â Ă‚Â Ă‚Â Ă‚Â Ă‚Â Ă‚Â And likewise, the episode set during the partition of India and Pakistan, my entire knowledge came from the scenes in the movie Gandhi, and now I have a much greater knowledge about that point in time.
Ă‚Â Ă‚Â Ă‚Â Ă‚Â Ă‚Â Ă‚Â Ă‚Â Ă‚Â The companions are pretty darn good too, including the one played by Bradley Walsh, who is mainly known as a gameshow host and comedian, who has proven his acting abilities in being a deep and relatable character, and one of the best companions I can think of (I would have said in a while, but the last companion Bill was amazing).

Ă‚Â Ă‚Â Ă‚Â Ă‚Â Ă‚Â Ă‚Â Ă‚Â Ă‚Â Now, to address these briefly, I must point out that the villain in the recent Demons of the Punjab episode, which these people moaned would be about how terrible the British were, turned out to be a Hindu man, who was doing it for religious reasons. . . .
Ă‚Â Ă‚Â Ă‚Â Ă‚Â Ă‚Â Ă‚Â Ă‚Â Ă‚Â Sorry, wait a second, that sounds like one of the least "politically correct" things you could broadcast. The Rosa Parks episode, simply pointed out that Racism is bad, and I'm afraid if you're sticking up for racism, then you're a bad bad person.

Ă‚Â Ă‚Â Ă‚Â Ă‚Â Ă‚Â Ă‚Â Ă‚Â Ă‚Â Where the series is perhaps struggling, is in avoiding it's own past. It's so busy being it's own thing that it's busy making new villains which aren't so good. The most recent episode I've seen, Kerblam, has all the signs of a Cyberman episode, with power surges, people disappearing, etc. But has a terrorist reprogramming robots instead. Swap out the ending to be a reveal of Cybermen skulking away beneath the factory instead, and I think you'd have gotten a stronger episode, which would have been liked a lot more. The introduction of the Pting in the episode before, was pretty uninteresting, because it's basically an indestructible Gremlin (or Stitch), rather than being something scary to send kids behind the sofa where they belong during Doctor Who.

Ă‚Â Ă‚Â Ă‚Â Ă‚Â Ă‚Â Ă‚Â Ă‚Â Ă‚Â After much rambling in these videos where they pick out perceived faults with Doctor Who (and I must point out, that while Doctor Who fans make up much of the audience of Doctor Who, we're not it's target audience. It's a kids show, so anyone over the age of around 14 is ill equipped to judge it), they come to moan about how this male hero has been emasculated, and that everything is being made too politically correct, and that only they the Alpha's have the guts to say anything about it, and all the Beta's will just fall in line behind a failing show because we're told to.
Ă‚Â Ă‚Â Ă‚Â Ă‚Â Ă‚Â Ă‚Â Ă‚Â Ă‚Â If this sounds familiar, it's because it's the same comments we've been hearing about Star Wars for the past few years. How it's only got female leads (apart from Finn (co lead in the main movie series), Han Solo (in his own movie) and Andor Cassian (getting his own spin off series)), how it's full of ethnic people, and how Kelly Marie Tran ruined everything and should be hounded off the internet.

Ă‚Â Ă‚Â Ă‚Â Ă‚Â Ă‚Â Ă‚Â Ă‚Â Ă‚Â Secondly, they're the ones bleating on about how the world is attacking their masculinity. The so called "Beta's" and "Snowflakes" are the ones unthreatened by women being given lead roles. Just to put things in their terms for a moment. Watch a wolf pack for a while. Is the wolf running around barking at everything, snarling at the others in the pack the Alpha? Or is it the silent one, confident in it's power, which doesn't need to make a noise the Alpha?
Ă‚Â Ă‚Â Ă‚Â Ă‚Â Ă‚Â Ă‚Â Ă‚Â Ă‚Â I think the old saying about dogs, that you don't need to worry about the loud ones, has never been truer. These are just whiny puppies, immature and mistaking making noise for being an "Alpha". What these people need to do is have a long hard look at themself and find out why they are so threatened by other people. What is it that is so fragile and weak about your ego (and masculinity) that a role in a television series being recast with a woman threatens it.
Only when changes to the world around you don't cause you to crumble and lash out will you be in any position to refer to yourself as any kind of Alpha.

Ă‚Â Ă‚Â Ă‚Â Ă‚Â Ă‚Â Ă‚Â Ă‚Â Ă‚Â As for Doctor Who, I'm quite enjoying it even if it's not my favourite season. My 13 year old son is loving it. And as with most first seasons (under a new show runner) I hope they learn from their mistakes and come back with a stronger second season next year. And I certainly hope my fears don't come true, and the problems and noise around this season aren't all laid at the feet of the first female Doctor, and blamed on the fact she has a womb.

This article where Freddy gets ranty is brought to you by online misogyny
All text, HTML and logos done by FreddyB, but the picture is just stolen from a google image search.
Images stolen from an unknown website at some remote time in the past.
Any complaints, writs for copyright abuse, etc should be addressed to the Webmaster FreddyB.