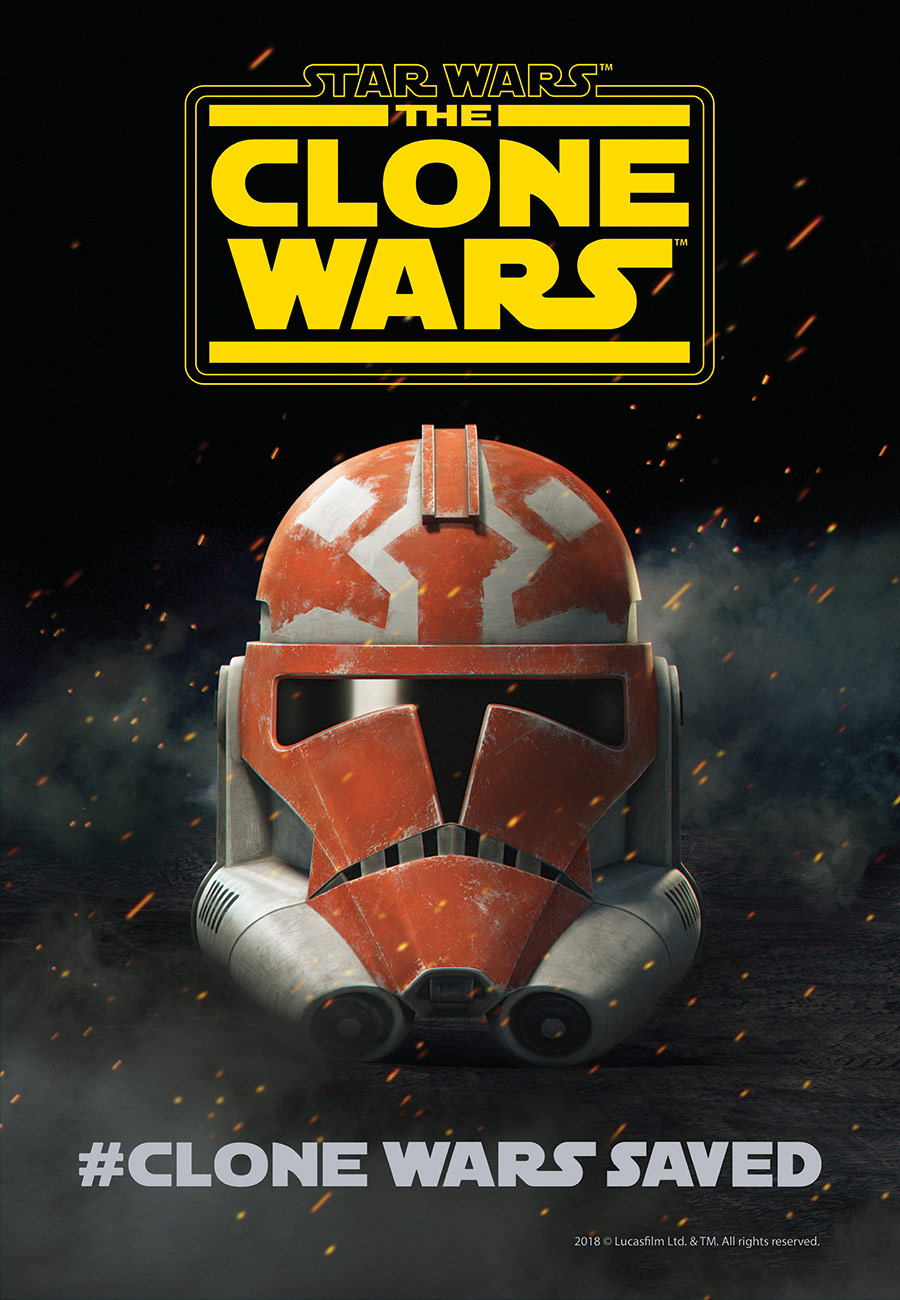 I am worried about the new Clone Wars!

Ă‚Â Ă‚Â Ă‚Â Ă‚Â Ă‚Â Ă‚Â Ă‚Â Ă‚Â So we don't have a release date for season 7 of Clone Wars yet, and although it was promised for 2019, we're running out of time for it to be released, although February 2020 is now being talked about. But that's not what's worrying me.

Ă‚Â Ă‚Â Ă‚Â Ă‚Â Ă‚Â Ă‚Â Ă‚Â Ă‚Â When they announced that The Clone Wars was saved (I didn't know it needed saving, I just thought it ended), they told us we'd be getting 12 new episodes. Going along with the style of the last couple of seasons of Clone Wars, that's 3 new stories of 4 episodes each.

Ă‚Â Ă‚Â Ă‚Â Ă‚Â Ă‚Â Ă‚Â Ă‚Â Ă‚Â They haven't told us about whether the other unfinished story, "Crystal Crisis on Utapau" will be released as part of this season (which I have to say is a superior story to many in season 5 and 6), although they have talked about the "Siege of Mandalore" being a story they want to tell.

Ă‚Â Ă‚Â Ă‚Â Ă‚Â Ă‚Â Ă‚Â Ă‚Â Ă‚Â So, and to not be critical of Disney or Dave Filoni here. When Filoni went to Disney to convince them to pay for a new season of Clone Wars, he almost certainly used the unfinished episodes as a bargaining chip. As those episodes can be finished off for far less expenditure than new episodes created from scratch. Basically, the cost of the final animations, when the scripts, voice acting, and early animation models are done, are minor and mainly consist of computer rendering time, which could easily be absorbed into the cost of making new episodes.

Ă‚Â Ă‚Â Ă‚Â Ă‚Â Ă‚Â Ă‚Â Ă‚Â Ă‚Â I think that Dave Filoni will have gone to Disney and told them that basically they can get some episodes for an absolutely bargain price. Give me the money for these new episodes and I'll finish those others off, and you'll get far more content for your TV channel than you'd normally get for your cash.

Ă‚Â Ă‚Â Ă‚Â Ă‚Â Ă‚Â Ă‚Â Ă‚Â Ă‚Â And let's be honest, the Siege of Mandalore storyline sounds great, with Ahsoka and Rex fighting on Mandalore as Order 66 goes out for the Jedi to be destroyed. Ahsoka isn't a Jedi, so Rex could maybe resist the order to kill her, and they would need to go on the run, leading to their later appearances in Star Wars: Rebels, and we might even get something more to tie the two series together. We'll also see the return of Darth Maul, and perhaps get some explanation of what happened to him after Sidious captured him, and how he eventually ends up leading the Crimson Dawn Syndicate in the Solo: A Star Wars Story movie. Which would be nice.

Ă‚Â Ă‚Â Ă‚Â Ă‚Â Ă‚Â Ă‚Â Ă‚Â Ă‚Â Anyway, just some of my thoughts, what do you think? Will we only be getting 4 new episodes of Clone Wars? Did you not bother with the Unfinished Episodes, so you'll be getting 12 episodes which are new to you? Or are you just disappointed we apparently won't be seeing what happened Asaji Ventress, who definitely had one of the most interesting arc's in the show? Let me know.

Theories and occasional insanity all by Freddy, who refuses to take the blame.
All text, HTML and logos done by FreddyB
Images stolen from an unknown website at some remote time in the past.
Any complaints, writs for copyright abuse, etc should be addressed to the Webmaster FreddyB.