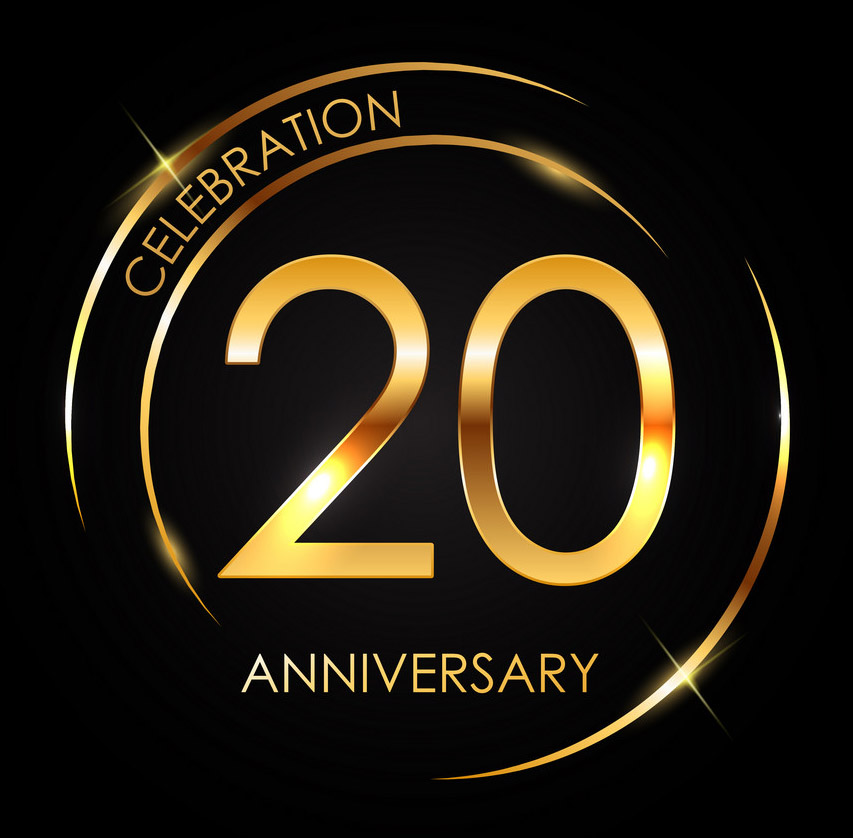 Ā Ā Ā Ā Ā Ā Ā Ā So if you look through the "Old Updates" part of the site, you'll see that the first dated update is on the 4th of July 2002. While the site was launched a week or so earlier, and the original pages were hand coded as part of my Higher National Certificate in Web Design over the months before that, the exact dates of all that are now lost in time. But on the 4th of July 2002, the site was listed on Google and I was beginning to see traffic, even if it was only a dozen or so visitors each day.

Ā Ā Ā Ā Ā Ā Ā Ā So that makes today the official 20th Anniversary of me launching RPGGamer.org. Some of those hand coded pages still remain within the structure of the site, which was later redesigned with a Content Management System to incorporate those pages so I wouldn't have to copy them across and to save me work, but much of the site is now completely different.

Ā Ā Ā Ā Ā Ā Ā Ā So much else has changed over the years, when I launched the site I was still a student, was single and was in my 30's. Now I own my own business (which can be a struggle), am in my 50's (my aging means I struggle with back pain (the human back is really a travesty of design), and have been married for 18 years (which isn't a struggle), and have two sons (both of whom are struggles), both of which are gamers, who I've gamesmastered Star Wars D/6 for many times.

Ā Ā Ā Ā Ā Ā Ā Ā The world has changed so much as well, with the site being launched in the post-9/11 days (in fact the college course I was on when I first put the site together started on the day after, and was the main topic of conversation). And more recently we've been through Lockdown and Covid-19, which were less fun than most of us imagined that a global pandemic might be. Technology has updated, with Mobile internet really being a thing now, video streaming being common, and sites being far more interactive, it's all a long way from the Commodore Amiga 1200 I hand coded HTML pages for the site on.

Ā Ā Ā Ā Ā Ā Ā Ā And Star Wars has changed. When I launched the site we were in the early days of the Wizards of the Coast D20 system, we'd just seen Attack of the Clones, and no official D/6 content existed for The Phantom menace. Once the prequels were out in 2005, we only really had the Clone Wars animated series providing new content. But then Disney bought the franchise, we've had so many new movies, tv series, there's something new every year, and I'm definitely not lacking in things to add to the site.

Ā Ā Ā Ā Ā Ā Ā Ā When the site launched it was tiny, and the major Star Wars sites to me, were Star Wars RPG Network with their amazing holonet forums, and Dark Lords of the Sith, which I always saw as more similar in mind to RPGGamer, as they didn't take themselves too seriously. I had the opportunity to chat to the guys behind DLOS a few times (back on MSN Messenger), and when their site finally went down (I believe the server was destroyed in Hurricane Katrina) I was able to salvage much of the material from their site and with their blessing add it to RPGGamer.

Ā Ā Ā Ā Ā Ā Ā Ā And while SWRPGNetwork is still with us, I do find it quite sad to go onto Holonet and see no updates or posts for months or years. I always found the story of the guys behind the site to be so inspiring, they'd created one of the biggest online resources for the Star Wars D/6 RPG, and then got hired on my Wizards of the Coast to make content for the D/20 version of the game, absolutely great stuff.

Ā Ā Ā Ā Ā Ā Ā Ā Back in those early days as well, part of the same network as DLOS was a Star Wars RPG award site, where they'd review and comment on your site. I submitted RPGGamer to be reviewed, and for many years displayed the medallion to say that I'd been reviewed and rated by them, even if the review itself was somewhat scathing. But then again, at that time the site was still yellow text over a starfield background, which I thought made the site look like the Star Wars intro scroll, but really just made it extremely hard to read.

Ā Ā Ā Ā Ā Ā Ā Ā The site has been through a few redesigns over the years, changing somewhat with the styles of websites of the time, but I've always tried to keep it on theme and not change it too much, and the marble background I use here and there and the deep blue colour I use have remained throughout all variations of the site, and continue onto my forays into Youtube now.

Ā Ā Ā Ā Ā Ā Ā Ā While the code of the site has changed over the years, the way it operates has changed as well. Originally it was just a place for me to put the stats for my Campaign that I was running (Sith Uprising, set after Endor), but the site rapidly became so much more than that. Within six months I was contacted by "Bob the Dinosaur", the skilled render artist who provided so much wonderful artwork for the site, with kitbashes and amazingly interesting Tie Fighters and X-Wing variants. Although I'm still in occasional contact with him, his life has transformed radically, having a daughter of his own, and he ended up joining the Marine's and serving tours in Iraq. I owe so much to him as he really helped provide some credibility to the site in it having it's own designs and artwork, instead of just being me typing away my nonsense.

Ā Ā Ā Ā Ā Ā Ā Ā So many people have contributed to the site over the years, and have added so much great content, but I've got to mention of course my co-administrator Hellstormer. He first began contributing to the site, and was doing such stellar work and was so productive that I really had no choice but to make him co-administrator as at one point he was totally propping up the site when I was otherwise busy. So many thanks to him, he dives deeply into the lore of the subjects he adds to the site, creating rules and ideas which just extend the game so much.

Ā Ā Ā Ā Ā Ā Ā Ā Over the years, my contributions have increased and decreased, even to the point of the site sitting un-updated for years at a time. I was a father to young children, and unfortunately my job involved commuting to a Scottish island, so sometimes I was out of the house for 18 hours a day. But I always came back to it, because I could always see people visiting the site, people commenting, and people sending in their own ideas and creations, which inspired me to buck up my ideas and get involved again.

Ā Ā Ā Ā Ā Ā Ā Ā Since I most recently returned to the site, back in 2017 it's really helped me personally. Having to be self motivated, updating the site every morning is a real boost to me. It's always something I can check off my to-do list, something creative I've achieved each day. So I don't see things changing much in the future, and the site isn't going to go anywhere, as long as I'm still around.

Ā Ā Ā Ā Ā Ā Ā Ā So, thank you for sticking with me if you have, thank you for visiting, it's been a fun 20 years, so much has changed, but me being the RPGGamer guy has been a solid element of my life, something my wife asks about, and my kids know and ask about.


All text, HTML and logos done by FreddyB
Images stolen from an unknown website at some remote time in the past.
Any complaints, writs for copyright abuse, etc should be addressed to the Webmaster FreddyB.