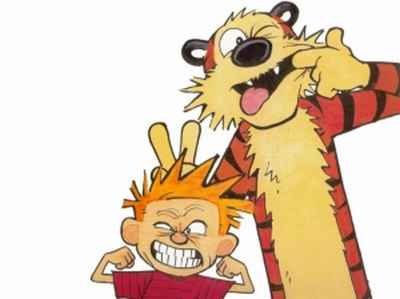 While there are many criticisms of the stats on RPGGamer.org, most are minor, but two pages more than any others attract criticism, and I've found myself having to defend them across the internet wherever people have mentioned them and moaned about them.
So I thought I'd put together a little piece on these two most criticised pieces of work, so hopefully I can just direct people here, rather than write the same arguements over and over again.
First, General Grievous.
The thing that totally stops people dead about these stats can be simply summed up by Lightsaber: 20D.
My argument has always been, in Revenge of the Sith, Grievous fights both Anakin and Obi Wan, fighting one on one Obi Wan to a standstill, until Obi-Wan beats Grievous not with a Lightsaber, but with a Blaster. This emulates a non-Jedi using a lightsaber in D/6 quite well, since you require not the Lightsaber skill to parry blaster bolts, but the Lightsaber Combat force power, which obvious non-Jedi don't have.
Because Grievous fights Obi-Wan to a standstill, he obviously must have at least a similar skill level.
Obi-Wan, unless he learnt new found prowess with a lightsaber while living in a mud hut in the middle of a desert, must have similar powers at the end of Revenge of the Sith to those he had at the beginning of A New Hope (George Lucas made comments about the original films showing only Old Men and Children fighting, so Jedi at their peak were far more powerful, so there is a strong argument that Obi-Wan decreased in skill and power rather than increased).
According to the Trilogy sourcebook, Obi-Wan has a Lightsaber skill of 11D and a Sense of 12D giving him 23D in Lightsaber Combat. For him to power up Lightsaber Combat would take 2 actions, have a Lightsaber parry, and a single attack each round drops that to 19D.
Therefore, Greivous has to match this number. While perhaps just giving him it in his Lightsaber skill was indeed a mistake on my part, he has to have that level of skill to emulate his actions in the movie. A revised version of Greivous, if I did one, would probably have a Lightsaber skill of 12D, 5D bonus to Melee Combat due to analytical computer cybernetic systems, a number of free actions without penalty, and a 2D bonus to Dexterity (and Dex Skills) due to Cybernetically enhance reflexes.
Essentially this would be the same, but would have the bonus of making him deadly with the ElectroStaff he uses against Anakin and Obi-Wan earlier in the movie.
As supporting evidence, I'd like to paste in an example combat I wrote up in the forums when approched about this in the past.

Grievous with 12D damage but with a 5D perception, the fight under D6 goes something along the lines of (lets just assume that no-one spends force points to keep it simple).

Grievous goes first, gets no multiple action penalties, rolls 12D with an average roll of 3.5 gets 42.
Kenobi taking 4 actions, running lightsaber combat, rolls 20D (according to the Trilogy sourcebook, Obi-Wan has a Lightsaber skill of 11D and a Sense of 12D giving him 23D in Lightsaber Combat, minus 3D for taking 4 actions) for his lightsaber parry getting an average of 3.5 for a total of 70, successfully parrying Grievous's attack. Kenobi's parry holds for the full round unless he gets successfully damaged, so in any future attacks Grievous needs to roll an average of 5.8 on each dice to hit Kenobi, however that is irrelevant since it's Kenobi's attack now.

Kenobi rolls his attack, still rolling 20D to hit, getting that average 3.5 per dice again so gets 70 once more.
Grievous uses an action to Parry, rolling his 12D, getting that average 42, so takes a hit.
Kenobi rolls his 17D damage (12D control + 5D Lightsaber), getting an average damage roll of 59(.5).
Grievous resists with 7D (6D strength + 1D armour plating, getting an average of 24(.5).
The damage roll exceeds his resistance roll by more than 16, Grievous dies instantly.
Thats not a moderately difficult fight, thats easy. The only way 12D Grievous could stand a chance against Kenobi is to fight him before he puts up Lightsaber Combat, but that means he gets a 5D Lightsaber Damage hit in during the first action (against Kenobi's 3D Strength gives Kenobi a Wound (5D average 17.5, 3D Strength average 10.5)), then Kenobi puts up Lightsaber Combat in his first action, leaving the rest of the combat fairly similar (although giving Kenobi a 1D penalty due to damage). Defeating Grievous on his second action isn't moderate, its still darn easy.

Obi-Wan didn't defeat Grievous with moderate difficulty, he really struggled, which is why he ended up using a Blaster (which since Grievous isn't a Jedi, he can't Lightsaber parry, he has to use a Dodge, which is far lower).

I hope that's either settled that, or will spur someone into giving me a decent alternative.

Second, Mandalorians.
Okay, first off I'd like to say, my Mandalorian stats were written waaaaaaaaay back before the prequels, back before a lot of the books and games fleshed out the Mandies for us. When I wrote up the Mandalorians, all that existed about them could be summed up in a couple of sentences, "Boba Fett wore Mandalorian Armour." (note, not "was a Mandalorian", just wore their armour), and "The Mandalorians were involved in the Clone Wars".
Now, while I was writing up my Mandalorians, the Tales of the Jedi comics came out, which had the Mandalorians in them, and in the final frames showed they were aliens, who wore the armour all the time. On the internet at the time, it was decided that the Mandalorians allowed any species to join them, so long as they were sufficiently good warriors (which still kind of makes that scene make sense).
I could never really make the Mandalorians as portrayed then (and now) make any sense, they were excellent warriors with a code of honour (Star Wars Klingons basically). Warrior cultures don't make sense in Science Fiction to me, especially ones portrayed like the Mandalorians as having superior technology. I can't see how a scientist who has to go out and beat people up in the evenings to prove he is an excellent warrior, and drags himself off to battle (and therefore stands a fair to average chance of getting killed) is naturally a superior scientist to the guy who just sits in his lab 18 hours a day, 365 days a year.
So I decided, that the online version of the Mandalorians done by Talon Karrde, which had the Mandalorians given technology by another species to be a sensible solution.
Anyway, enough of the history, on with the problem that people have with my Mandalorians. Attribute Dice: 18D.
Now, lets forget the judgement calls behind everything else, because as described above, this was all done in a period before we knew anything else about the Mandalorians. The 18D Attribute dice I feel balance out their inability to use force points, and makes them very much of a fast burn character. They start initially more powerful than everyone else, except when the final fight breaks out and everyone else spends force points to double their skills.
Also as time progresses, Mandalorians will find their higher attributes, mean their skills are higher, costing more to increase, meaning that other characters will catch up, especially considering other characters will either be force sensitive, and have loads of Force Points to spend (doubling their skills), or non-force sensitive, and therefore get the Character Points for extra Force Points.
Personally, I feel these disadvantages easily compensate for the advantage the bonus attribute dice allow, but apparently I'm in the minority.

Anyway, probably enough of a rant at this time, and there are loads of other complaints about the stats on the site that I could probably address, but as I said at the beginning, these are the two biggies, so I thought I'd try to explain in a single place. Comments as always are welcome.