Well we've got another smackdown

Anyway, I'd like to take this oppotunity to run through the entries to this months Poll, running down my opinions about them.

Wolverine: (Logan as played by Hugh Jackman in the "X-Men" movies), our winner last year Wolverine reigned triumphant using his admantium Claws and skeleton to shrug off the competition from the likes of Buffy, Han Solo and Sgt Anderson. Can his mutant regeneration and combat skills enable him to win for a second year, the lethal ability to claw people and his long known skill in hand to hand combat make him triumphant, or has his grasp on the title ended.

Legolas: (Legolas Greenleaf as played by Orlando Bloom in the "Lord of the Rings" movies), he came second place last year, with his bow and natural elven skills making him come an honourable second to Wolverine. With the third film now out, is this his year to win or is his fame slipping. He can run on the surface of snow, fire his bow with incredible accuracy and as fast as some medieval machine gun, and is nimble enough to be able to scale sheer surfaces and to leap onto large enemies and fill them full of arrows. But will this enable him to win?

Angel: (Angel as played by David Boreanaz in the "Angel" TV series), he's a vampire with a soul, hundreds of years of skill aquired through the violence and torture he inflicted on innocents while he was evil, combined with the natural physical abilities inherent in a vamprie make him a powerful opponent. But will his skills aquired as a defender of the helpless, and the near invulnerability to damage that being a vampire gives him allow him to be triumphant in this fight. 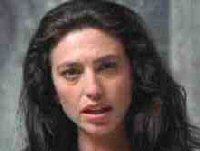 Aeryn Sun: (Aeryn Sun as played by Claudia Black in the "Farscape" TV series), shes a Sebacean Peacekeeper a near human fighter, trained as a warrior from birth and armed with powerful laser weaponry she's agile, accurate and just plain deadly as well as being pretty easy on the eyes. However will her skills and weapons make up for the weakness of being merely "human" and the powerful advantages her opponents have. 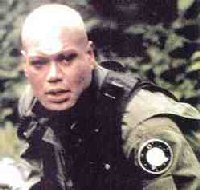 Teal'c: (Teal'c as played by Christopher Judge in the "Stargate SG1" TV series), with a symbiote imbedded in his body that gives him near superhuman regeneration and physical prowess this Jaffa warrior comes with a staff which fires explosive blasts. He has centuries of combat experience as the First Prime of the Goa'uld Apophis as well as a few years experience fighting alongside humans in his duties with the SG1 team, he is a dangerous and powerful opponent, who can heal from wounds which would easily slay a weaker foe, but will this be enough to stop him falling victim to the others in this melee. 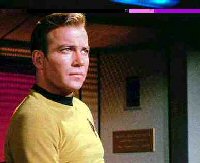 Captain Kirk: (Captain James Tiberius Kirk as played by William Shatner in the "Star Trek" TV series), well what can we say about him, he's Captain Kirk. He's got a whole lot of latent rage to get out because of the constant rumours about him and Spock, and has the entire power of a starship behind him. Although he's combat trained and comes with a whole range of phaser weapons, will this be enough to beat the more powerful enemies he's up against this time, no matter what though, theres no doubt his shirt will get torn off during the fight. 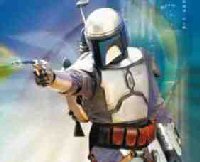 Jango Fett: (Jango Fett as played by Temuera Morrison in the "Star Wars Episode II: Attack of the Clones" movie), okay he got killed by a Jedi, theres no shame in that, in fact the fact that Jedi are cheesy and overpowered is one of the major reasons there aren't any of them in this smackdown. Jango comes with his suit of Mandalorian armour which has more built in gadgets than in a swiss army knife designers wet dreams, these include rockets, a jet pack and multiple lasers. He's also pretty handy with his two laser pistols, but is all of this enough to stop him getting decapitated again, and becoming an eternal loser.

Captain Dylan Hunt: (Captain Dylan Hunt as played by Kevin Sorbo in the "Andromeda" TV series), he's captain of the starship the Andromeda Ascendant, and has some special forces training, but this isn't much in comparison to his other attributes of being built like a greek god :-P and being equiped with full combat armour and combat staff with its seeking nano bolts. He is a tough warrior, but again is merely human, and has none of the advantages of his more powerful opponents, does he stand a chance? 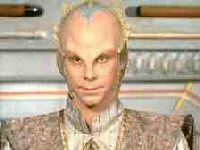 Lennier: (Lennier of the Third Fane of Chudomo as played by Billy Mumy in the "Babylon 5" TV series), this Minbari Warrior Monk is trained in martial arts as the bodyguard of one of the religious leaders of the Minbari. In hand to hand combat he's lethal beyond the capabilities of even the life long warriors of the Minbari, and the specially trained forces of the Rangers. But he doesn't use ranged weapons, even when he becomes a Ranger himself using only the Minbari fighting pike, and he is a peaceful man at heart so does he really stand any chance against the various sociopaths and warriors assembled against him?

Monkey: (Monkey as played by Masaaki Sakai in the "Monkey" TV series), he's the monkey god and the great sage equal of heaven, and having eaten of the fruit of the gods is invulnerable to damage (although strangely vulnerable to being smacked on the head and falling unconscious). Like many of the warriors assembled he uses a staff, but Monkey can magic the size of this staff almost at will, hiding it behind his ear when he wants, and making it giant if required. He can also pluck the hairs from his chest and transform them into monkey warriors to fight for him, he also can summon a cloud which will carry him at fantastic speeds. But given all of his advantages he is a clown at heart, and as likely to sulk and leave the arena as he is to beat his opponents senseless. 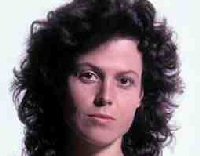 Ripley: (Ellen Ripley as played by Sigourney Weaver in the "Alien" series of movies), she's learn't to fight the hard way by facing lethal alien opponents armed with only a few basic weapons. But given that she's also a survivor, and has guts that many of our assembled warriors can only dream of, but as a mere human does she stand a chance even if she is armed with her trust M-41/a Pulse Rifle? 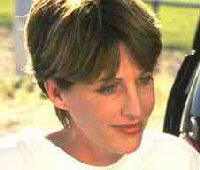 Sister Stephanie: (Sister Stephanie "Steve" Laskowsky as played by Tracy Nelson in the "Father Dowling Mysteries" TV series), she's got more skills than the rest put together, being a master thief, gambler, stunt driver, burglar, mechanic, etc. It only makes sense that she has a few combat skills hidden away too from her previous life as a street kid (although given her range of abilities, its entirely possible that its just a cover story and she was really the american equivalent of James Bond). That said it is entirely possible that she is as she appears and is a nun, and will get beaten to a pulp in the opening seconds of this fight.


Page designed in Notepad, logo`s done on Personal Paint on the Amiga.
Text completely by FreddyB. Images are Copyright of their various owners.
Any complaints, writs for copyright abuse, etc should be addressed to the Webmaster FreddyB.