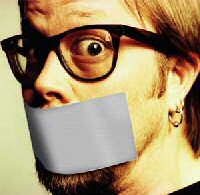 This editorial is a rant by me, so stand warned that I may have overstepped the line in places, but RPGGamer.org is my homepage as well as a RPG site, so please allow me the right to abuse my site in this way.

In the news here in Britain there has been reporting in the press and television news about a murder that happened in february. The details are unimportant to the point I want to make, and it would be somewhat sick to repeat them all for the purpose of this editorial anyway, but basically the killer is now blaming a computer game for making him commit his crime. This is something that criminals seem to do a lot, with a murderer in Wales a couple of years back blaming the Role Playing Game Vampire for his activities in killing an old woman and drinking her blood, and the Columbine High killings being blamed on listening to Marilyn Manson's music.

Well the press in the UK is going crazy at the moment in condemning violence in computer games for this latest atrocity, and calling for them to be banned. In fact one of the television channels conducted a poll and found that 89% of the public wanted violent games banned. However a representitive of the gaming industry was interviewed and pointed out that the 89% who voted that way had probably never played a game in their life and therefore their opinions were not valid, he was of course villified for such a point of view.

The point the press are trying to make is the connection between observing violent films and games, and becoming desensitised to violence to such a point that you will commit violent acts without even thinking about them. Now while this is a worrying prospect, and while a few studies have shown connections between children becoming desensitised to violence by being exposed to it, I cannot think of a single situation where a totally normal, stable and peaceloving person has started to commit acts of violence simply by watching a violent movie or by playing a violent game.

And if this is the case, why doesn't Hollywood count any drop in crime figures as a success story for the latest cop film, since after all if we're influenced by movies we should become law abiding citizens after watching virtually any cop or superhero movie.

Finally on this one, I've always wondered why, if watching and playing violent movies and games has such a psychological effect on the average mind, where all the violent censors are, because after all they watch the uncut versions of the films over and over, seeing violence and carnage as a full time job all year round. So if anyone should be affected, why aren't they?

The second piece of censorship I encountered lately was the old religious tract by Jack Chick, Dark Dungeons. For any gamer its worth a look purely for comical reasons, after all I've been bugging R our D&D Dungeon Master about when I've to be inducted into the cult since my second edition character made 28th level eventually, and he never got around to inviting me along to any sacrifices.

Anyway, the thing that really bothers me about that tract isn't the warped view of roleplayers portrayed in the strip, but rather the fact that the answer to gaming being evil isn't to stop gaming and throw the books out, but to gather the books (and chess board by the look of that particular frame) and burn them. A wonderful Nazi view, which even if I was swayed by the ridiculous comic would have frightened me totally away from them.

The other tracts that Jack Chick has written and illustrated truly show the character of this man, since he picks on other devilish groups such as Islam, Homosexuals, Halloweeners, and the Catholic Church, nothing like a religious cultist to froth at the mouth about nothing except other people being different (much like racists really). A far more entertaining version of this tract can be found here in the Mystery Science Theater 3000 format.

The final piece of censorship I want to comment on devolves from an email I received recently complaining about the swearing in the July 2004 Quote of the Month. The sender complained about the swearing, asked me to remove it, and stated that he would not be back because of the obscenity.

Now, I had received several mails from this same person over the months before and had replied a couple of times although no conversation or dialogue had really cropped up, so although I have made my point of view on swearing clear elsewhere on the site, I was concerned about the issue and decided to put up the July poll to ask the sites visitors. Although at the time of writing it seems clear that there is no demand for me cleaning up the site (as I offered to do if the demand was there), I would like to make it clear that I'm not going to take this as an invitation to start swearing on every page. On the whole I keep the site fairly clean, but am glad that my visitors agree that I shouldn't feel constrained to avoid using whatever language I feel comfortable with ( and I have to admit, that if the poll had gone against me, I would have had to have a long hard think about whether I really wanted to continue the site under those conditions.

Now my view on swearing on the Internet is that as long as its not done in a way deliberately designed to influence children (eg on a site dedicated to the Teletubbies), and that its done in grown up surroundings (and RPGGamer.org is aimed towards a mature audience and always has been) then casual swearing is fine. Although there are arguments to be made for making such as site as this child friendly, my personal belief is that children should not be allowed to use the Internet unsupervised. The Internet represents the full scope of human life, and just as you wouldn't allow your pre-teenager to wander the streets of the local red-light district alone at three in the morning, you certainly shouldn't allow them to wander the Internet alone either. Therefore its not my job to protect children from the swear words, descriptions of violence and off-colour humour sometimes used on this site, its their parents job (although maybe I should start to put an 18 rating certificate on the entrance page). Oh, and if adults find the content of the site disagreeable then they can leave, because thats one of the gifts given you when you reach a certain age, the ability to judge for yourself and avoid situations that make you uncomfortable or disagreeable.

The footnote to this story is that I received another mail from the person complaining about the poll, my inability to "control myself", and stating that he wouldn't be back because of this (although how he found out about the poll if he carried out his original threat of not returning I don't know). I can only guess that he wasn't happy about being in the minority of people who are bothered by the use of language on the site, and upset that his point of view wasn't going to win and that I wasn't going to sensor the site for him.

Oh, and yes, threats to not return don't really bother me, since I run this site for fun, not as a popularity contest. Although I'm happy that a couple of thousand people visit each month, and enjoy the complements (about 2 a month) from those that find the site useful, thats most definitely not enough to balance out the cost in cash and time that it takes to keep the site running. What evens the balance up, is the satisfaction and accomplishment I get by letting my creative juices flow for a little while each day and seeing what comes into existance.

Well, I've ranted on enough by now, and shown that I dislike censorship of all kinds (please note that although I find the Jack Chick tracts uncomfortable, I certainly support his right to publish them and would never (and have never) mailed to complain about them (even if they are filled with contradictions and errors)), and that although I'm willing to listen to my visitors, I certainly don't feel any need to take insults (sly though they might be sometimes) lying down. I think that the intrusion of government and law enforcement into the decision of what people are allowed to watch (in the UK, LucasFilm cut the headbutt that Jango Fett does to Obi-Wan in Attack of the Clones so that the film would still get a parental guidance (PG) rating instead of a certificate 12 rating, ridiculous isn't it) is the first step towards blocking news stories (or the newspeak of Orwells 1984, where the state decides what the truth is).

To put my own spin on it, I don't like sports, therefore they should be banned to stop me having to avoid them. . . . Silly isn't it . . . . Well thats my opinion of censorship.

Page designed in Notepad, logo`s done on Personal Paint on the Amiga.
As ever this rant was brought to you by FreddyB, who sometimes feels the need to get somethings off his chest and having a website as a forum retains the right to abuse it in this way. Image stolen off the web, no claim on copyright of the image is attempted, copyright remains with the artist.
Any complaints, writs for copyright abuse, etc should be addressed to the Webmaster FreddyB.