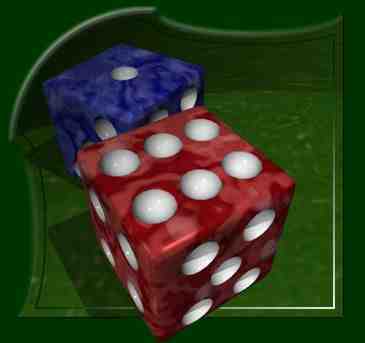 As are all gaming groups, ours is pretty fluid in its membership, and although we have always had a core group of gamers there have been others who have come and gone (and in a very few cases come back again).

For a long time we had a member who I`ll call G, who due to a difference in thinking left the group (to put it bluntly, he had morals, we didn`t). However G has remained a close friend to some of us in the group, so when he was travelling home by train one day, while carrying a Judge Dredd box set, he got into conversation with another gamer who was also travelling home to the same town where most of our group lives. This other gamer, who I`ll call D2, was without a group to game with, as he had only recently moved into the area. G recommended he get in touch with us, as he knew we hadn`t replaced him, and therefore still had a spare chair at our gaming table.

D2 took advantage of this offer (and the phone numbers G gave him), and joined our group. However it turned out that D2`s previous group played in a style completely alien to us.

You see, D2`s old group apparently liked intrigue and plots, and usually played evil characters who liked to do each other in. So when he tried to continue this activity, he would plot behind the back of a character, and suddenly find himself faced with a wall of opposition, as we all leapt to the protection of our friend.

However, this didn`t go down too well with D2, who started to feel a bit bitter about us working as a team against him (when he was trying to plot and scheme against another player), and this started to effect the mask he was showing to the group.

You see, D2 was somewhat different from the rest of the group in another way, he had a degree (in statistics) whereas the rest of us don`t. However this isn`t because we couldn`t get a degree, its because we weren`t from circumstances where we could afford to go to university (which now I can, so am). But this degree made D2 feel he was better and more intelligent than the rest of us, and this attitude caused a couple of memorable events.

In our AD&D 2nd edition Forgotten Realms campaign, which was heavily combat based, he complained that his thief wasn`t as useful in combat as the warriors.

And when we pointed out, that when he created the character, he put maximum points into Charisma and Intelligence, which aren`t exactly of greatest importance for a thief, he came back with the comment.

"Just because I never min-max`ed my character, I`m being penalised."

When we pointed out that it was him that had chosen to put the points where they were, he`d had the same amount as everyone else, and mostly everyone else had actually rolled their stats instead of spending points, he replied with the classic.

"Thats not min-max`ing, its tailoring."

We proceeded to question him on the difference between "tailoring" and min-max`ing, which turned out to be that if we did it, it was Min-Max`ing, and if he did it, it was tailoring.

So we decided, the new term for Min-Max`ing was now tailoring, and have refered to it as such ever since.


Another occasion, when I was GM`ing, the party was a group of mercenaries, and they had to steal some data files, from inside a military camp.

They sucessfully reached the camp, and sighted the building they had to break into, after observing it for a while they started to decide what to do next, when D2 pipes up.

"So are YOU going to make a plan, or are you just going to attack as usual."

Quick as a flash, K responded.

And they attacked, suceeding in their mission.

But I personally would like to point out a couple of things about that exchange, firstly his use of "YOU", excluding himself from the group. And the fact that he himself, did not contribute any plans.


There were other occasions, when D2 showed off his true brilliance, including . . .

The occasion when he offered to GM a AD&D Dark Sun Campaign, if only someone would loan him the Dungeon Masters Guide. . . and the campaign setting. . . since he had never read anything about it.

The occasion when he offered to run the game Amber, and even offered to loan people his copy of the rules. . . which turned out to be a photocopy of about a quarter of the rulebook.

His total inability to roleplay character disadvantages, when one character was a "coward" but would never back down from threats, and another character was a "drug addict" and constantly refused attempts by NPC`s to bribe him with drugs.

And the occasion when he did actually gamesmaster (Rolemaster), and the players were the followers of powerful NPC`s, who actually completed the adventure with little help from the players (I actually missed that one (I was half a planet away), but I`m sure one of the other guys will eventually write it up for me).


Anyway, D2 eventually left the group (not through his brutal death as some of us had thought for a while) but because he was returning to England to a new job. And after a futile attempt to disrupt a long running campaign during his last gaming session (which resulted in his character death at the hands of a powerful NPC who has hired the party, and D2 threatened), he left the group (after giving detailed instructions of what his characters were going to do after he left). And I`m afraid we can`t say, that he has ever been hugely missed.