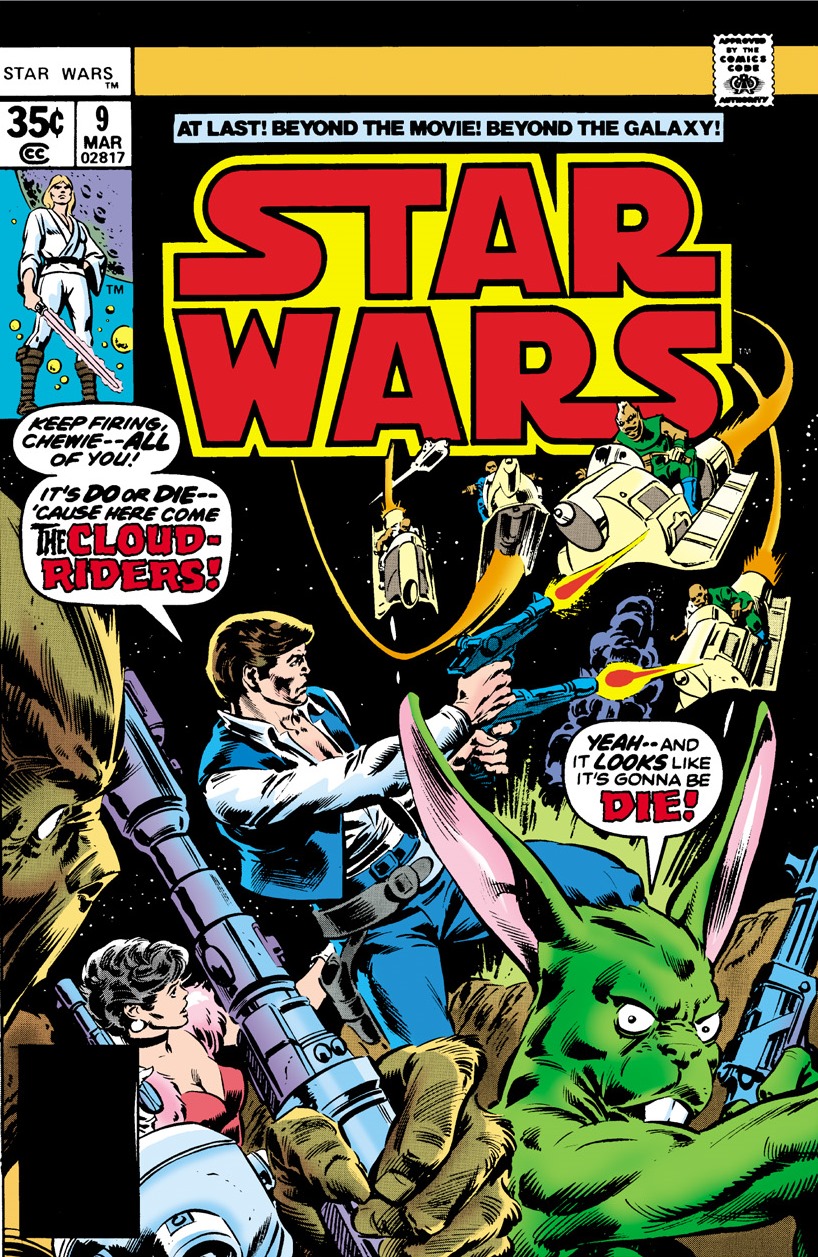 What is it ? : Han and his team are heading for the village they have been hired to protect, riding Bantha's, when they come under attack from High Hounds, harpy like flying creatures, they fight them off and save the life of one of the villagers, Merri.
Merri's grandfather is the village shaman, who believes that they are not required to save the village as he will be able to summon a mystical creature to protect it instead.
Meanwhile in space, Luke is reporting back to Yavin base, telling Princess Leia that he believes he has found a new world for the Rebel base, but his transmission is cut off, and Leia decides she should never have allowed him to go alone, and she is going to help.
Serji-X Arrogantus's gang attacks the village, and the Star Hoppers begin working together excellently, with Don-Wan saving Amaiza's life, and Effie and Chewbacca wrenching speeders out of the sky and destroying them, Amaiza, Han and Jaxxon provide covering fire.
But both Effie and Don-Wan are hit by blaster fire, with Effie laying down his life for the Starkiller kid. As the battle rages, and new problem rears it's ugly head in a very real way, as the elderly village shaman successfully summons a massive beast from below the planets surface which may prove to be more dangerous than the attacking gang.

High Points : The story flows well, and I'm impressed with the amount of story building that it does between the two action set pieces.
And I definitely must complement the banter between the more experienced characters, with Han, Jaxxon and Amaiza all coming across as world weary and professional people, who treat each other with respectful sarcasm, which is a delight to read.

Low Points : Early in the issue, Don-Wan's surname mutates into Kioti, which reads the same, but is a radically different spelling to the Kihotay which has been shown up until now.

I'm also a little confused by the clothing on Aduba-3, this is the same village that Jimm, The Starkiller Kid is from, and he dresses in a similar fashion to Luke in the early part of a New Hope. But everyone else in the village dresses in loin cloths or bikini's. Is Jimm the unusual one? or have we just arrived during the summer season when everyone decides to strip off.

So what do you really think ? : The story is moving along well, and has a surprising amount of emotion, with Effie sacrificing himself for the master he has constantly denied serving or caring about, and Don-Wan proving himself in combat before being hit protecting a member of his team.

Final Words : The issues are short enough, that there's not too much to be impressed by or to criticise in each, and are over before any kind of attention deficit can set in. A fun wee read.