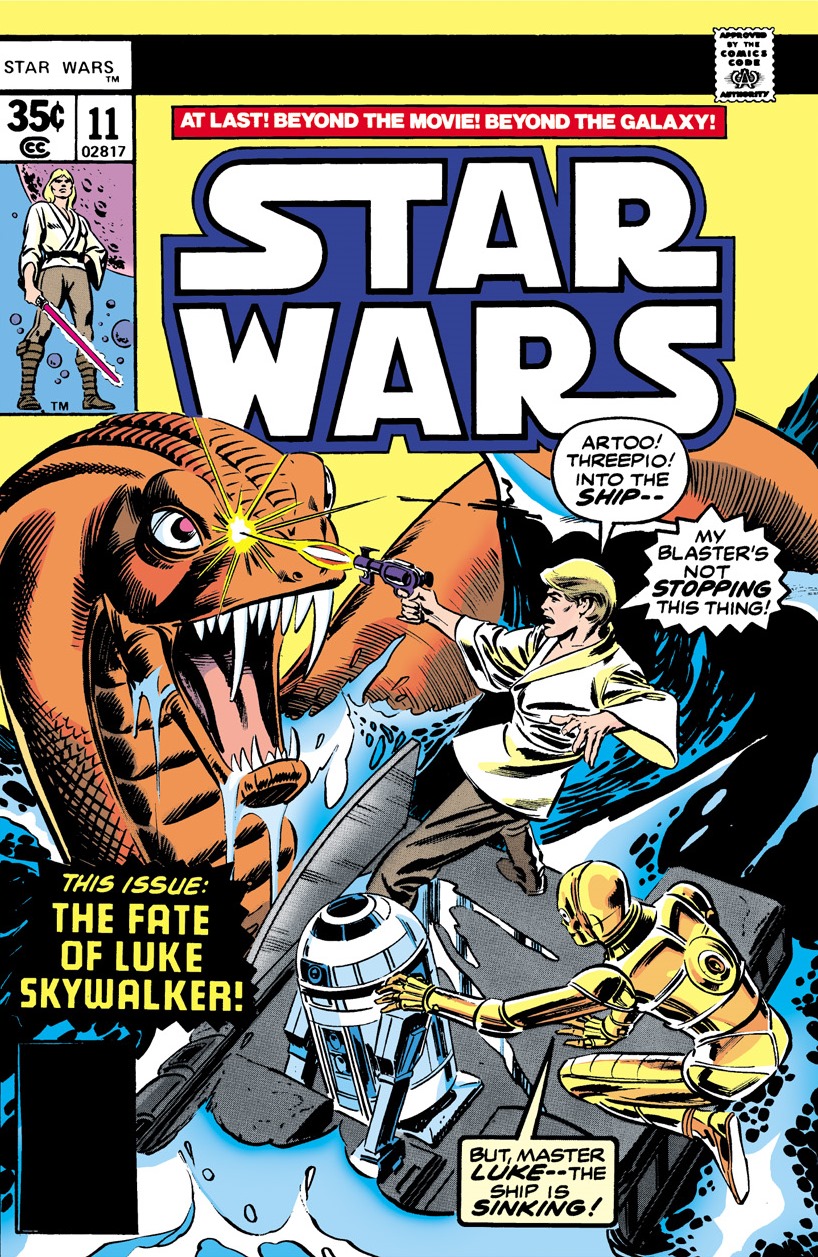 What is it ? : Han and Chewie leave Aduba-3, and Han remembers their adventure there, without the treasure they were given by the Rebellion they've no way of paying off Jabba, so Han decides that heading back to the Rebels on Yavin IV will actually provide them with some protection.
They set off, but are interdicted from Hyperspace by a large cruiser, which they recognise as Crimson Jacks Pirates, who stole their treasure. Han decides to be captured by them, with an intention to see if they can steal the cruiser and turn it over to the Rebellion in exchange for another treasure.
But after they are tractored aboard, Han spots Princess Leia being held as captive, and during a skirmish when the pirates decide to kill Han and Chewie, Han convinces Crimson Jack that he knows the location of a Rebel treasure trove that they can raid. Leia catches on, and plays along, confirming the Treasure trove is on Drexel, where it is guarded by Luke Skywalker, thereby letting Han know where Luke is.
Crimson Jack's greed overwhelms his common sense, and he agrees to work with Han to raid the supposed Rebel treasure together.
Meanwhile, on Drexel, Luke's ship has crashed in an ocean, floating on the surface when it comes under attack by a sea dragon. Luke and the Droids launch an escape pod, which gets them away from the destruction of their ship, but they watch as another sea dragon approaches, this one with a rider.

High Points : I'm loving the interior of Crimson Jacks Battlecruiser, while the hangar is the same as any Imperial vessel, the bridge area has been modified with relaxer loungers for Jack and his guests, so while minions work at control panels, he's draped on a comfortable chair. If you're going to steal a military vessel, you might as well make it comfy.

The instant rapport between Han and Leia, as without words they work on the same plan against Crimson Jack is brilliant, and the two come across as well matched and extremely capable, just as they should. And Han's plan claiming that he made her fall in love with him, sounds the exact cocky idea that Han would think was believable.

Low Points : Although I can see the utility of Marvel keeping all the characters in their original outfits, to make them recognisable, but they're starting to look a bit their they're wearing superhero costumes, especially Leia who has headed off to rescue Luke still wearing the white dress she wears throughout A New Hope. Han and Luke can kind of get away with their clothes, as they're much more just dressed casually. But Leia really looks out of place in her senatorial gown. I'm sure they could have changed it up a little without changing her appearance completely (keeping her in white for example, but changing it into trousers and a top in gleaming white).

The events this issue are all a little coincidental, with not only Han being captured by Crimson Jack again, but also Leia, and Leia being paraded through the hangar bay at exactly the right moment for Han to see and incorporate into his plan.

So what do you really think ? : This is shaping up to be a fairly conventional story, with Luke coming into danger with Sea Dragons, and Han and Leia come to rescue, the pirates will end up fighting the Dragon Riders, and the heroes will slip away in the chaos. However, for that said, it's being quite fun along the way, with Leia offering Crimson Jacks first officer advice on getting a better class of man (she shouldn't hang around with Pirates all the time), Han and Leia using an extended kiss to scheme together in whispered tones.


Final Words : I also really enjoyed the fact that Han has lost his reward, so plans to return to the Rebellion, not only to help out, but to be shielded from Jabba's bounty hunters. It's a lovely mix of heroism, and self interest which is perfectly in Han's character.