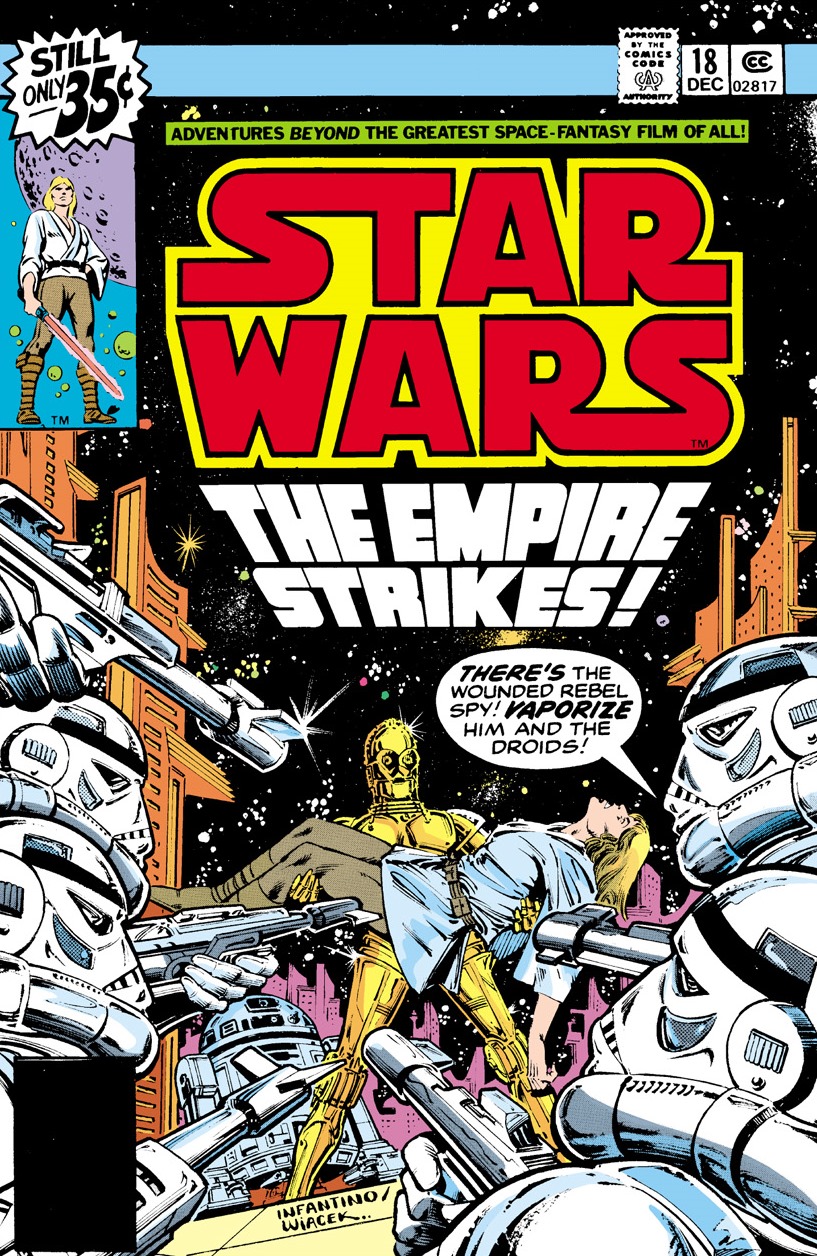 What is it ? : The Millenium Falcon is flying through space when C-3PO alerts Han and Leia that Luke has "Shut Down", they rush to his aid only to find him unconscious. C-3PO recounts R2-D2's tale of Luke training with his lightsaber, only to reach out with the force and collapse.
While they debate what to do, the Falcon comes under attack by a TIE Advanced x1, and Han discovers that a malfunction in their Auto-Navigator has caused them to drift. They destroy the TIE easily, but soon discover the wreckage of a TaggeCo Transport vessel, and detect that one of the bodies floating in space is still alive. Pulling him aboard, and discovering he wears a Rebel Alliance flight suit, they question him, and he tells a tale of being captured by the Empire, who has planted him there to provide evidence that the Rebellion is raiding non-aligned cargo vessels.
They are detected by an Imperial Light Cruiser, but easily outrun it, stumbling upon the Ring, a massive space station which allows legal gambling and other activities, but is no-go territory for the Empire.
They race aboard to avoid the cruisers fire, and split up, with Leia and Han providing a distraction for the Droids to get Luke the medical aid he needs. The Empire boards the station, with the cruisers captain, Strom ordering them aboard contrary to the arrangement between the station and the Empire.
The owner of the Station, Senator Greyshade, contacts Strom and reminds him that the money that the Station provides to the Empire in exchange for it's neutrality pays for many Imperial projects, so much so, that the Emperor himself would be upset if Strom endangers the flow of cash. Strom tells him though, that the Rebels have raided the TaggeCo transport, that was carrying profits from the Ring to inter systems banks.
Greyshade authorises the Empires activity on the station, as long as they keep it restricted to the lower levels, and that he is brought at least one of the Rebels alive for interrogation. Strom passes the orders onto his men, leaving out the section on keeping one alive. Greyshade watches on security cameras as Stormtroopers catch up with the Droids and Luke, but sees no purpose in intervening on the behalf of the Droids and an apparently dying boy. However, once he spots Han and Leia, recognising her from the Senate, he realises she is a Rebel leader now, and Strom is either lying to him, or is more incompetent than he ever thought as she is an extremely valuable catch, and decides he must act.

High Points : I'm constantly surprised by how much happens in so few pages in these Marvel comics, this issue is 17 pages long but has Luke's collapse while training, a fight against a Tie Advanced, the discovery of the wrecked transport ship, the rescue and questioning of the Rebel pilot, the attack by the patrol ship, the discovery of the Ring, racing aboard it, the heroes splitting up to distract the Stormtroopers, the Droids being attacked by Stormtroopers, and the discussion between Strom and Greyshade.
So much going on in so few pages, and it doesn't seem rushed. This is quality storytelling.

As well as handling much of the Star Wars backstory very well, with Luke continuing to practice as Obi-Wan taught him in the short time they were together, Han showing his smuggler and piloting skills, and mention of the Senate being dissolved, the issue also introduces some interesting concepts, like the Empire staging attacks to discredit the Rebels with the general population, and the deal between the Empire and the Ring.
It provides a lot of interesting ideas and meat on the bones of the movie, not all of which are still used in the Disneyverse, but which definitely still had their place i the expanded universe.

Low Points : Not a massive complaint, but some of the colouration seems a little odd, space switches from being black to being blue from frame to frame, and even at one point is bright pink, as is much of the interior of the Falcon. This is done mainly to avoid confusing between dark objects and their background, so makes the artwork easier to understand, but just found the choices a little bizarre and worthy of comment.

So what do you really think ? : Difficult to judge the entire story, since we've only got a very small part of it here, but we've got a bunch of excellent world building here, with a history being created between Greyshade and Leia, as well as Greyshades world being fleshed out around him, with his deals with the Empire, his love of the title Senator (even though he acknowledges that it's now redundant since the dissolution of the Senate), and the activities aboard the Ring (he can be seen watching some sort of Gladiatorial combat at one point) all being introduced.
It'll be interesting to see where this story goes, and it's nice to be dealing with the Empire finally, since we've had pirates, bounty hunters and monsters since the adaptation of the Movie.

Final Words : So, even years before the second movie came out, this issue is titled "The Empire Strikes", Marvel definitely seemed to be somewhat prophetic in their issue titles (especially considering there's an issue later on called "The Last Jedi").

After taking a break from these over the Christmas period, I have to admit returning to read them is a little slice of joy. If you ignore the dated artwork, and the ways they are contradictory to now established canon, these comics do capture a lot of the action and excitement of the original movie in a way that so much of the spin off material totally fails to do, and a real blast to read through.