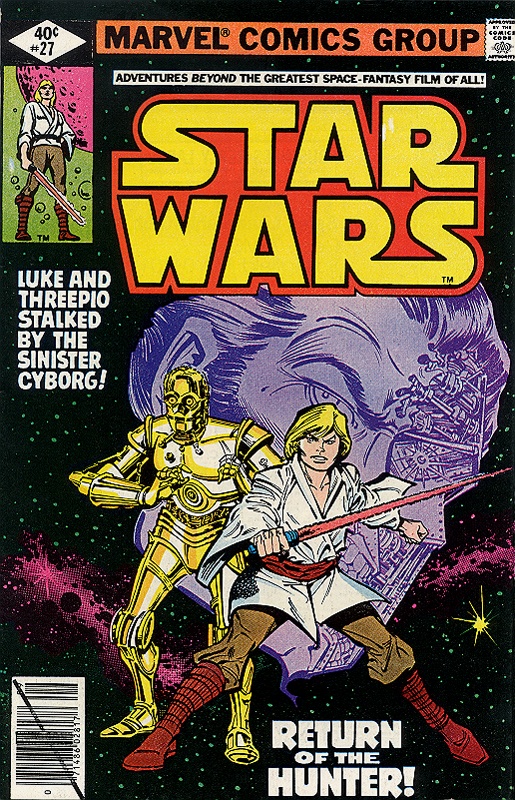 What is it ? : Beilert Valance, the cyborg bounty hunter last seen mistaking Jimm Doshun for Luke Skywalker is on the world of Feriae Junction where he is trading in bounties in exchange for droids to blast into pieces. He reveals he is waiting here because he knows this is on the route past the Imperial blockade of Yavin, and that the hero of Yavin is most likely to pass this way.
Sure enough, Luke is on his way there, but has to avoid an Imperial Cruiser, which he does by luring it into an Asteroid field, remembering Han told him that a smaller ship can more quickly traverse the asteroids without being hit. When he arrives on Feriae Junction, he begins seeking replacement parts for the damaged R2-D2, and starts asking around various traders for these parts and others that the Yavin base requires. He is spotted by an Imperial Spy, but the spy is killed by Valance before he can report back.
Luke is ambushed by Valance while he waits at a traders for them to pack his purchase, and seals the door to give himself time to escape, but Valance just blows his way through with explosives. Luke engages his lightsaber which does take Valance back a little, but he manages to disarm Luke using the weapon built into his Cyberarm.
Before he can kill Luke though, C-3PO blocks his shot, offering to sacrifice himself for Luke, only to be ordered out of the way by Luke who would prefer to risk his own life than threepio's. Valance cannot believe that a droid and a human would willingly risk their lives for each other, which rocks his whole world view, and he releases Luke unharmed.

High Points : The beginning of this story is another example of what these comics have managed to do so well, provide a glimpse into the larger universe of Star Wars. The look we get at Valance bounty hunting on Feriae Junction is enjoyable, with him searching cantina's, and forcing locals to help him carry his kills and gunpoint. Even the part of the story with Luke breaking the blockade by luring a large Imperial Cruiser into an Asteroid field feels like the movies, even though this is a couple of years before The Empire Strikes Back does the same thing.

Low Points : Valance's change of heart at the end doesn't feel earned and weakens the whole story, C-3PO being willing to sacrifice himself for Luke and vice versa, doesn't seem that remarkable to me. Droids are programmed to be loyal and helpful, and the idea that many of them would be willing to put their lives at risk for their masters doesn't seem that remarkable. Likewise, the way that humans are willing to rush back into a burning house for a photograph album or a dog, makes the idea that they'd become emotionally attached and defensive of a droid unremarkable to me as well.
So the fact that Valance can't even conceive of it seems weak, and giving up on his hatred, and his claim on Luke's bounty, because he sees what seems to be to be a very common and very obvious thing really destroys the end of this issue for me.

So what do you really think ? : I thought this issue was building up to a major conflict, with Valance being made into a real threat to the heroes, but the weak and fairly abrupt ending to the story just destroys that.
However, it does have some good scene setting, and the issue isn't at all bad, just disappointing.

Final Words : Looking forward once again, next issue we're promised "Whatever happened to Jabba the Hut?" (yes one T), while does catch my attention.
I'm aware all of the comic appearances of Jabba are actually retconned to be Mosep Binneed, a NImbanel accountant who used Jabba's name while he was representing him. But Mosep is the Jabba I remember from my youth, so I've a soft spot for him, and look forwards to the next issue.