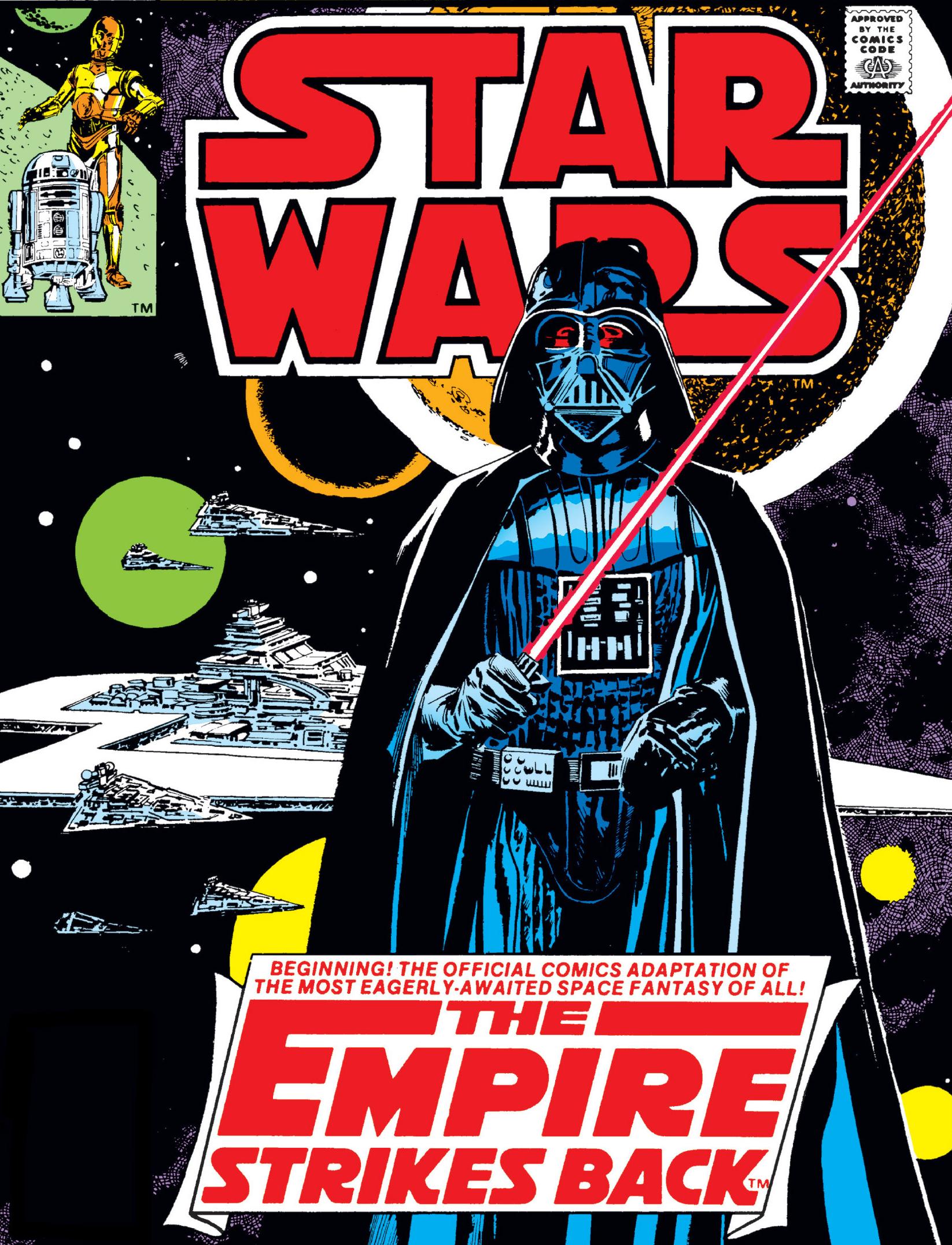 What is it ? : Okay you know the story.
It's generally considered to be the best of the movies.
The Rebels have relocated to the ice world of Hoth, Luke is attacked by a Wampa when out on patrol and needs to be rescued by Han, but only after seeing Obi-Wan in a vision telling him to seek out Yoda on Dagobah.
The base is discovered by an Probe Droid which brings an Imperial attack using Walkers, and the Rebels fight back using Snowspeeders, but retreat.
Luke goes to Dagobah where he trains under Yoda.
Meanwhile Han, Leia and Chewbacca flee the battle aboard the Millennium Falcon, which is malfunctioning and they take shelter in an asteroid field. Sneaking away to an old friend of Hans, Lando Calrissian to seek repairs for the ship. The Empire hires bounty hunters, and one of these Boba Fett tracks down Han, and Lando and Darth Vader make a deal to lure Luke to Bespin.
Luke senses his friends are in danger, so leaves his training, going to Bespin, and duels Darth Vader in the same chamber Han Solo has just been frozen in.
Boba Fett takes the frozen Han away to get the bounty from Jabba the Hutt, and Luke loses his hand in the duel after discovering that Darth Vader is in fact his father.
Leia, Chewbacca and a now allied but untrusted Lando rescue Luke, and escape from Bespin. Lando and Chewbacca leave to rescue Han as Luke receives surgery to cybernetically replace his hand, agreeing to rendezvous on Tatooine.

High Points : Well the whole story is here, and we get the Wampa storyline which was in the shooting script, but cut from the movie, so bonus story.
It's a relatively accurate retelling, although with some odd choices throughout, giving multiple panels to minor elements of the story, while major plot points are just blurted out and the story moves on.

The artwork is notably more accurate to the characters than previous issues, but in most places I can tell which set photos the artist has used to base his pictures on, since they are duplications of those photos.

Low Points : There's no lead in to the story at all, we don't get any information on how the Rebels relocated to Hoth. Last time we saw the Rebel base it was still on Yavin, now it's moved.
It's obvious they just got the script to the movie and started retelling the tale, it would have been nice if they could have done a 2 or 3 issue lead in, to make the comic storylines merge with the movie, and included elements of the previous issues within the Empire retelling (a Tagge reference here or there)

So what do you really think ? : It's interesting to see how different direction makes to a story, because the comics are telling the same story, but with the emphasis changed by the movies direction.

It's also notable that elements improvised on the set are obviously missing here, the most obvious example of this is the "I love you", "I know" exchange between Han and Leia in the freezing chamber. Which instead is the scripted "Han o Han, I love you, I couldn't tell you before but it's true!", "You just remember that, cause I'll be back", which does preempt Arnold Schwarzenegger's famous catchphrase by a couple of years, but doesn't exactly stick in the mind.
Also totally different in the scroll text at the beginning, which details more about the Rebels relocating to a new base after the destruction of the Death Star, instead of concentrating on Vader's search like the movie does.


Final Words : It's a fairly faithful movie retelling, which doesn't fit perfectly into the continuity they'd developed for the comics, but since they were probably getting a new influx of readers who hadn't read the comics, it's kind of understandable if disappointing.

While the A New Hope adaptation had plenty of extra material which had been cut from the released movie, this doesn't have so much. In fact the only scenes I could find were the ones relating to the Wampa's in the Rebel base, and these are pretty badly told and really only consist of around 3 frames.
Firstly you see a Wampa hand smashing through the Rebel base wall. Secondly you see a melee with Rebel soldiers fighting within the base, and finally you get C-3PO taking down the sign and remarking that the savage beasts were trapped within and now the Stormtroopers will have to deal with them.
While this is essentially the entire subplot, the fact that the Wampa Melee occurs just as the Empire is starting it's attack on Hoth, and the fact that they don't show any Wampa's in that Melee, totally confused me, as I thought it was actually the Rebels fighting the Empire, and couldn't work out how Stormtroopers had breached the base before the AT-AT's had even arrived.
It wasn't until the later scene recontextualised what had occurred, that I could look back and understand it.
If the scenes within the movie were going to be as brief and confusing, it's definitely a good thing they were left on the cutting room floor.