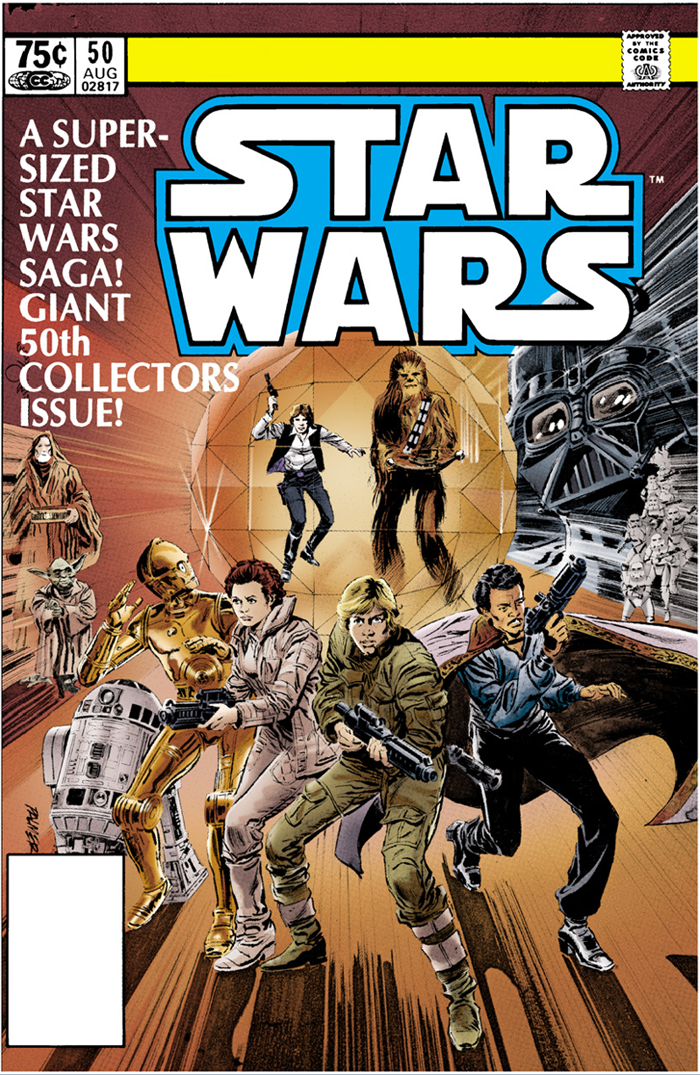 What is it ? : Well, it's the 50'th Issue and it's a double sized one with a three part tale contained within its 40 pages.

High Points : The Crimson Forever is a brilliant story, and a fantastic way for a celebratory issue to get Han Solo into a story. We get the return of Domina Tagge, apparently for the last time until 2019, and some amazing imagery.

I was most impressed by the Rebels already having found an alternative base, something the comics seemed so unwilling to do between the original movie and The Empire Strikes Back, with them remaining on Yavin for that entire run, we now have them moved to Golrath and a base inside a volcano. It's an amazing setting, and shows the imagination they were willing to give to everything else except where the Rebels might go. I suppose they kind of had to, because Hoth is written off within that Movie, but I kind of suspected that they'd just leave the Rebels based from the fleet deep in space as seen at the end of The Empire Strikes Back.

Low Points : The disease itself doesn't really make a whole load of sense except for story reasons, why would two crystals infect people with a disease when they're lonely?
For story reasons it's an easily solved illness, just bring the crystals back together and it's done, but makes no sense otherwise.

I'm also not a fan of how Han and Chewie are captured and enslaved aboard the ship going to the Red Nebula. They're gunned down in the street and awaken aboard. I would definitely have prefered if they'd joined on their own for a percentage of the treasure, it definitely sounds like the stupid kind of moneymaking scheme that Han would get involved with, and immediately regret.

So what do you really think ? : A nice solid story, not the height of excellence that so many issues have been recently, but a well put together story of Han and Chewbacca's exploits before they joined the Rebellion, and a nice reappearance of Domina Tagge.

Final Words : Well this is where the child Freddy stopped reading. I received this story in an Empire Strikes Back Annual at Christmas 1981, but didn't read the comics anymore, having moved onto Blakes 7 and Doctor Who magazines, both also by Marvel.
So we're heading into uncharted territory, with no sentimental memories attached to the stories. I wonder whether new stories will excite me, or without that I'm going to be disappointed?