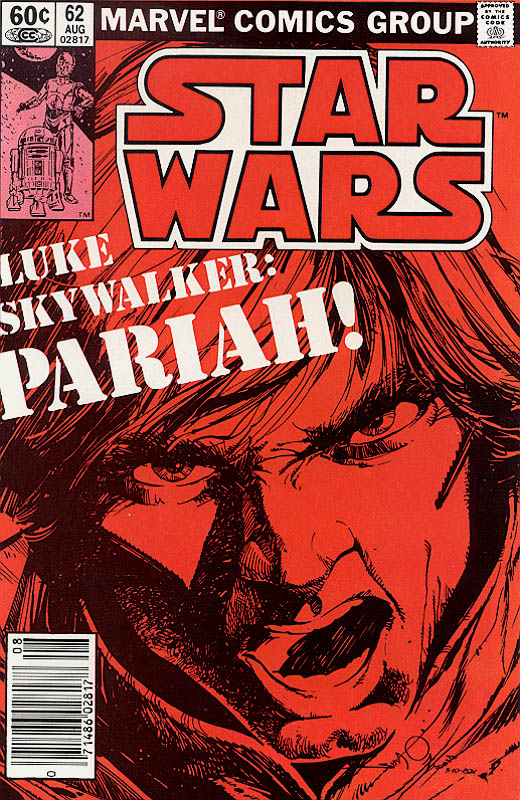 What is it ? : Luke has returned from his mission to destroy the Teezl, but flight recorders show that during the combat he destroyed Captain Shira Brie as well, something he cannot believe as he was relying on the force to guide him, and it clearly told him that the Tie Fighter he fired upon was an enemy vessel.
In a private discussion Luke talks with Leia, apparently storming out having lost his commission and taking the blame for Shira's death, his loud protestations informing the base that Leia hasn't made any allowances for their friendship, but privately Luke is glad that everyone believes in his guilt, as that is exactly what he was trying to communicate.
Luke gets shunned at the cafeteria, and even is attacked by a Rebel who blames him for the death. Luke then speaks to Lando about leaving the base in the Falcon, but Lando doesn't want to be seen to help Luke due to his new found notoriety, but makes it clear that the Falcon will not be guarded for a while. So Luke attempts to sneak aboard the vessel only to be caught by Rebel security, and then rescued by Chewbacca, the two of them taking the Falcon to Shira's homeworld of Shalyvane.
They set down at the city she took them to only days before, Chinshassa, and they attempt to reach the shrine she comemorated her peoples destruction at, but they are ambushed by the Em'liy barbarian raiders, and flee through the streets of the city taking up concealment inside one of the buildings.
Inside is an old Em'liy, who asks them in Galactic Basic to not harm him as he is very old, and Luke takes advantage of the situation to question him as to what happened to the human people who once lived here, but the old man tells him that this was an Em'liy city, which was destroyed by the Empire.
Realising that much of what Shira told him was a lie, he tells the old man that he needs to reach the shrine, only to be told that he must complete a trial to be allowed access to such a holy place, and Luke prepares for a trial by combat, only to be told that the Em'liy are not as bloodthirsty as that, and instead his trial consists of what appears to be finding the ball under one of three cups, something he easily does by using the force.
The old man laughs at the power of Lukes "gods", and signals the Em'liy people to emerge, revealing his is one of their leaders and that they'd deliberately herded Luke and Chewbacca here to be tested, and escorted by the entire tribe which had been concealed around them, they head to the Stone Shrine.
The shrine had been damaged during the Rebels visit previously to Shalyvane, and Luke discovers a powerful communications unit, and realises that it must have been activated by Shira's blood letting ritual onto the shrine.
So Luke cuts his palm, but cannot understand when nothing seemingly happens, but as he turns to leave the device activates and a hologram of Darth Vader appears, declaring "Luke, I've come for you!"

High Points : The mystery behind Shira's death is unwinding in a very satisfactory method, with Luke following the clues of Shira's unusual visit to Shalyvane, and discovering that she had communicated with Darth Vader himself.
And the way Lando deviously helps Luke feels very in character, as well as Chewbacca standing up for his friend, totally uncaring of the Rebels and their attitudes, which felt totally in character.

The Em'liy leader pretending to be just a vulnerable old man also was a wonderful moment, with Luke and Chewbacca totally believing that they were getting inside information, while all the time being tested and being surrounded by the Em'liy people.

Low Points : Now, obviously Luke is doing this to make those who have set out to discredit him believe they have succeeded, however the speed to which the Rebels abandon the "Hero of the Death Star" makes me seriously wonder about the strength of their character. The fact that one is willing to try to bully him in the cafeteria really makes the Rebellion look no better than the Empire, filled with bullies and thugs. Which might actually be quite believable, given the nature of the Rebellion, but seems totally out of character from the way the comics usually portray them as the plucky good guy heroes.

So what do you really think ? : While the set up of the issue, with the Rebels spurning Luke, is totally necessary for the rest of the story, it's particularly poorly conceived and comes across as totally contrived. However, once they reach Shalyvane, the story really picks up and becomes far more interesting, revisiting and recontextualising the world they visited only a couple of issues ago. Showing that the Em'liy are not Barbarian raiders who destroyed the city, but the innocent inhabitants who were attacked by the Empire.
The way that they test Luke and Chewbacca, is also very impressive, showing these tribesmen to be completely unique among those visited by the Star Wars comics, putting on a fierce face for intruders into their domain, but carefully not harming them and testing them to discover whether they're dangerous or not.

Final Words : So, Vader's behind Shira. Not in itself a shock, she kind of let herself be known with her sarcastic "How Tragic" back in sundown, some 4 issues ago, when she must have been behind the sabotage of the Kerts-Bhrg generator (even though we're about to discover that her target was Luke himself, so maybe she didn't sabotage the generator, and it really was just bad luck).
I found Shira a likeable character, but just a little too over the top friendly to be believable, her flirtation with Luke, and taunting of Leia with the closeness between the two, made her such an obvious villain that I've been watching her for clues of betrayal.
Or perhaps I was looking anyway, as when I went to do stats for her, the Wookieepedia page leads directly to Lumiya, a Sith warrior who wields a Light whip, which might have been a dead giveaway.