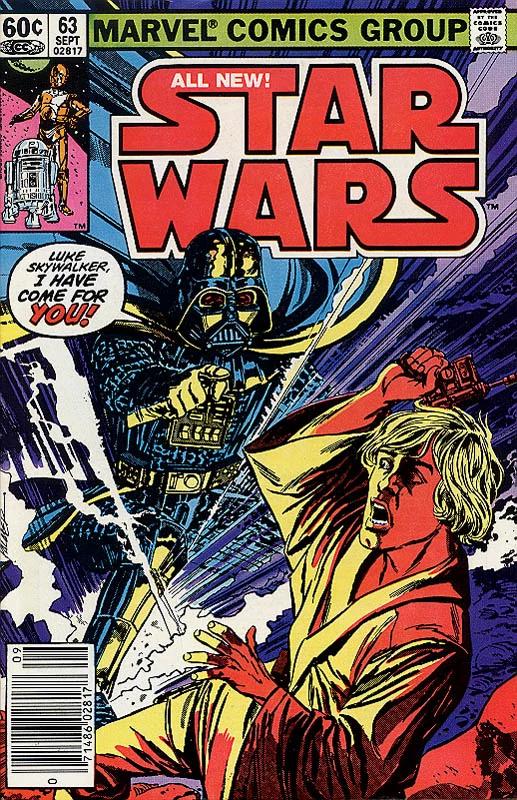 What is it ? : Luke is on Shalyvane at the Shrine where he just activated Shiras communication device and Darth Vader has appeared in front of him, he reacts to the appearance with fear, but soon realises that it is just a hologram.
Vader confirms that Shira was one of his spies, telling Luke that her mission was to kill him, or destroy his credibility with the Rebellion, something his presence on Shalyvane hints to Vader that she achieved, and the device explodes destroying any evidence. Luke tells Chewbacca that to clear his name they'll need to retrieve evidence from the Imperial database on Krake's Planet.
Meanwhile on the Executor, Vader emerges from his meditation chamber and punishes Mils Giel for his loss of the Teezl, but merely demotes the admiral to a lieutenant when the man argues his point but accepts responsibility, impressing the Dark Lord, then orders the mighty vessel to make it's way to Krake's Planet.
Luke and Chewbacca make their way through tunnels on Krake's Planet, discovering a strange slug like creature, before they emerge at the Imperial base, a giant spider-like complex suspended in a ravine which had been built by imperial engineers controlling the excretions of the slugs using sonic waves.
They spot a cook emptying waste into the ravine from a hatch on the lower part of the complex, and use ropes to climb up and into the base, ambushing the cook and an imperial officer who is eating in the commissary at the time. Pretending to poison him to gain his cooperation. The officer downloads Shira's records to a datachip before Luke knocks him unconscious.
Luke reads about Shira's record, she was born on Coruscant, and trained within the Emperors palace, indoctrinated for loyalty and trained in fighting and modified to heal and resist torture before being selected to infiltrate the Rebellion by Vader himself.
However, Vader has communicated his arrival to the Imperial base, and they detect the access to Shira's file, and the chip gets shot out of Luke's hand as Stormtroopers race into the room.
Luke fights his way out of the base and back to the Millenium Falcon, but gets seperated from Chewbacca, so takes the ship and returns using the force to make the bases commander lower it's shields so he can swoop in and rescue the Wookiee.
They channel all power to the Falcons shields, and smash through the fragile structure of the Mind Spider base, destroying it, and jump to Hyperspace just as the Executor arrives in orbit and begins attempting to interdict them.
Luke realises that although he knows the truth, without evidence he is still an exile from the Rebellion, but Chewbacca reveals that the reason he was delayed in escaping from the base was that he was getting another copy of Shira's files, which he hands to Luke to let the young Jedi clear his name.
Aboard the Executor, Vader visits the medical deck, where it is revealed that Shira is slowly healing within a Bacta tank, her survival only due to the restorative modifications she received as part of her training.

So we get Shira's background which is great, but it's only the briefest run down of it, we don't get any details on whether she was truly a free spirit who might have found a place in the Rebellion had it not been for her indoctrination (a kind of pre-Mara Jade (even down to the relationship with Luke and Hair Colour)), or was it all an act?

And the Mind Spider (wrongly described on Wookieepedia as a living creature itself, when the comic clearly says that it's just the secretions of the slugs) is a fantastic idea, the Empire using living creatures as part of it's war efforts. But this comes only a couple of issues after the same was done with the Teezl, and it doesn't work if it happens too often, as the Empire vs Rebellion is supposed to be technology vs nature (the Rebel base among the trees of Yavin, vs the artificial construct of the Death Star, the Rebels using Tauntauns, vs the Empire using AT-AT's, etc).
Also the inside of the Mind spider just looks like any other Imperial base, a series of corridors and rooms, it doesn't resemble the grown exterior at all, so while the exterior looks amazing, a central body suspended from the walls of the ravine by it's solidified crystalline secretion legs, the inside is boring and routine.


Low Points : But I've definitely got to ask about Chewbaccas copy of the records? The Imperial officer downloads a copy to a storage chip for Luke, then that copy gets destroyed as it's shot out of Luke's hand by a Stormtrooper. So even though Chewbacca is separated from Luke, where does he get his copy? Does he force another officer to download it for him, and if so how does he ask for it (since he doesn't speak basic, only Shyriiwook, and I don't think many Imperial officers understand that). Was the data still in the computer terminal it was downloaded from? Was the officers password still left logged into the imperial network? We're not told, Chewbacca just magically reveals the existence of it as they flee from Krake's Planet in a very Deus ex machina fashion.

So what do you really think ? : A bit of a disappointment for what seems to be the end of the Shira storyline (or at least for the moment), there's no great confrontation, and no validation moment for Luke. While he'll be able to clear his name, and his faith in the force is restored since he realises that his attack on Shira's fighter was due to his Jedi senses detecting that she was a danger, it's all very downbeat.
There's no real victory here, only a mitigation of the damage done to Luke and the Rebellion by Shira.
The ending also makes it especially dark, as Shiras survival opens a number of Rebel secrets to the Empire. While we were told a few issues ago that Shira doesn't know the coordinates for Arbra and the Rebel base, she does know that the Rebel fleet is hiding inside a star, so it's likely that Imperial scouts will scan the stars they pass more closely thereby invalidating that trick. She also knows when an Imperial patrol passed through Arbra, which should cut down the possibilities of where it is dramatically, so the Rebels will need to evacuate once again.

Final Words : A little of a lackluster ending for what otherwise has been an excellent arc for the Marvel Comics, introducing Shira and building her up as a love rival to Leia, and a comrade of Luke's has been done extremely well. As I mentioned in my review of the last issue, there's some problems, where we're left unclear on whether she sabotaged the Kerts-Bhrg field generator. But the fact that she wasn't necessarily an agent supposed to kill the heroes, but one whose mission was to destroy their reputations and weaken the Rebellion that way has been a brilliant concept.