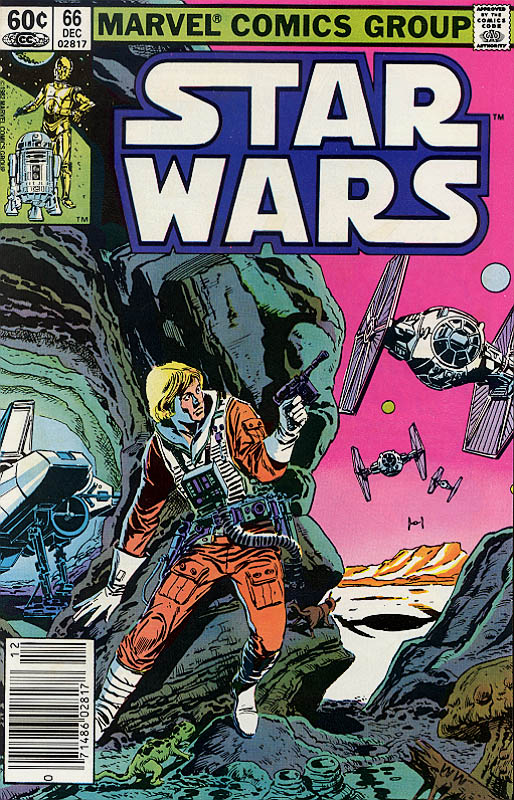 What is it ? : So Luke has avoided the Tie Fighters that were pursuing him, and has landed on the world of Beheboth, hiding his X-Wing in a cave. However Sand Lice eat his food and he is forced to head into a nearby settlement, where his attempts to buy food and water attract the attention of local thugs who attack him for being a Brigand.
He is rescued by Darial, a leader within this community, who talks the others out of attacking him, and offers Luke some work helping protect her moisture farm from bandits.
As they head to her moisture farm she tells him about it and the raiders, and they arrive at her farm which is heavily defended by barricades and guards. Luke stays on patrol during the night, and while Darial checks in on him, the two pass into unconsciousness as Luke hears voices and sees lights.
Awakening the next morning, the farm has been raided, and all of the stored water taken, as well as heavy damage done and Darial snatched from among them. Luke is told the Raiders come from the mountains, so sets off on foot into the mountains, scaling the heights until he discovers a fortress. But before he can do anything he is captured by guards.
Inside the fortress he is taken to the leader of the bandits, Gideon Longspar, who gloats over using a local species, the Tirrith to take Darials farm. The Tirrith are an energy species of what appears to be glowing gas, but when part of them suffers, the whole suffers, so Gideon has captured some of the Tirrith and tortures it into making the rest comply. This happened the night before, when the Tirrith entered Darials Farm in the water that was being gathered, then used their abilities to transform some of the water vapor into a colorless, odorless gas which rendered them all unconscious, allowing Gideons raiders to enter the farm.
Luke and Darial are thrown into a jail cell, where the Tirrith contact them, telling Luke that they regret their actions, and they distract the guards, so Luke can use the force to unlock the door.
Once outside, Luke is confronted by Gideon who is wielding Lukes own Lightsaber, but Luke smashes the container holding the Tirrith who distract Gideon long enough for Luke to knock him out.
Massively outnumbered, the Tirrith advise that Luke and Darial breach the water storage tanks, which they do, which washes the bandits away in a massive flood of water.
Darial exclaims that the settlers needed that water, but the Tirrith help out by floating up to the sky and causing rainfall on Beheboth for the first time. Luke returns to his X-Wing and leaves Beheboth with memories of the settlers joyful celebrations in the rain.

High Points : The set up of this issue is excellent, with Luke surviving on a planet which shares a number of traits with Tatooine, and his arrival in the frontier settlement. The fortified moisture farm is a fascinating setting, showing the value of water here, which has been driven up even higher than on Lukes homeworld due to the raiders.
All of the artwork is absolutely excellent, and really helps sell the setting, with a Star Wars look to it, but being different enough to be new.

Low Points : The storyline is again fairly contrived, with the Tirrith introduced to be both the source of the problem and the solution, even down to providing rain at the end of the issue through their magical powers.
With a brilliant set up to the story, and great world building, everything just kind of rushes along towards the end, with a very Deus Ex Machina resolution.

The very ending of the issue has Luke flying away to adventures new, but considering he was hiding out here due to his X-Wing not having a functioning hyperdrive, I can only wonder what's changed between the beginning and end of the story that he feels the need to fly off now. There's no mention of the X-Wing being repaired, although it does mention that the Imperial hunt teams have departed, which still doesn't fix the X-Wing, something which could have been easily resolved by Luke receiving communication that a Rebel rescue team has arrived, or Dariel having spares on her farm.

Also, and I'll admit this one is kind of nitpicky, how was Luke planning to go to Hyperspace anyway before this issue, he mentions not having R2 with him this time, which means the X-Wing had no method of storing Hyperspace co-ordinates. I can only imagine he was planning on using the force to instinctively navigate.

So what do you really think ? : An entertaining story, even if it consists of a great set up, but disappointing resolution. I really liked Beheboth as a setting, and stretching the tale out over a couple of issues would have helped it a lot, with the Tirrith being more of a mystery for a while, and Luke taking a more active part in freeing them from Gideons control, rather than it seemingly just occuring to him in the middle of combat.

Final Words : I'm being a little harsh on the ending of this issue, but even with all of its flaws, it's still an enjoyable tale, with an interesting setting and a recognisable Star Wars feel to it.