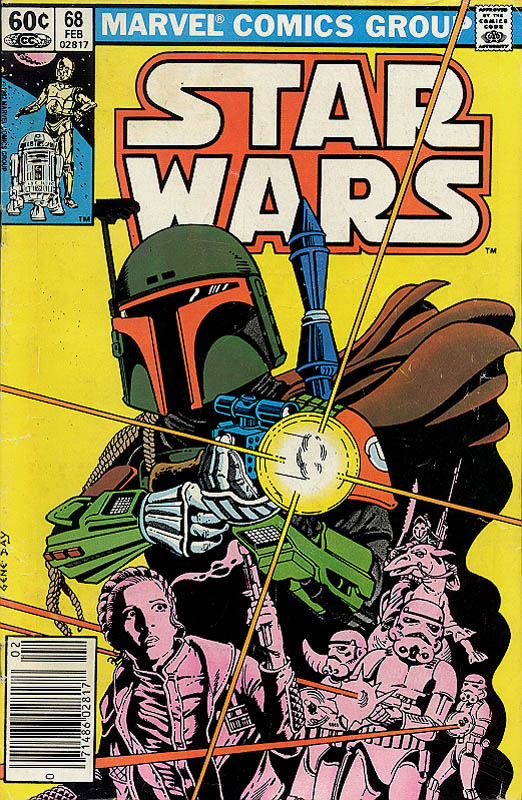 What is it ? : The Rebels begin trying to track down where Boba Fett has taken Han Solo before he takes him to Jabba the Hutt, they believe that one of the other bounty hunters, IG-88, Bossk or Dengar have details, so splitting into three teams they set out after these hunters.
Princess Leia departs aboard a Y-Wing with C-3PO to travel to Mandalore, where they believe Dengar is. As she explores the jungle, she finds a Slaver patrol under Imperial protection, and watches as it comes under attack by Mandalorians seemingly led by Boba Fett. Needing him alive to find Han, she ends up saving him from a Slaver attack, but after the battle discovers it's not Fett, but actually another Mandalorian wearing the same armour, Fenn Shysa..
She goes back to their camp with them, and exchanges stories with Fenn, who explains that he once served the Empire, and knows of her from Imperial briefings, and when she mentions Dengar, he reveals that the Mandalorians have him captive.
She asks for Dengar so she can interrogate him, but Fenn refuses, explaining that a prisoner exchange has been arranged, and Dengar is to be swapped for some Mandalorians who were recently captured as slaves, and his peoples lives are more important to him than helping any distant Rebellion.
Leia pretends to understand, and begins to seduce Fenn, knocking him unconscious during an embrace, and frees Dengar intending to return him to the Alliance base for interrogation. However during their trip through the Jungle, Dengar reveals he has a signalling device built into his cybernetics, which he'd intended to use to allow the Empire to locate and destroy the Mandalorians, however capturing the leader of the Rebel Alliance was far more valuable to him as a bounty, and they find themselves surrounded by Stormtroopers and Walkers.

High Points : Well, here we are getting a look at Mandalore for the first time, or at least we were back in the early 80's when this was published. And it's another of those occasions where it's very different to what we've seen in more modern media.
But it actually can be retconned fairly easily, as there's nowhere which has said there isn't a Jungle somewhere on Mandalore (although given Star Wars planets habit of just having one biome, isn't what Mandalore has been shown to have). Also the history of the Mandalorians serving with the Empire, and then coming under Imperial control and enslavement does somewhat match up with the continuity shown in Rebels.
So it's an interesting look at Mandalore, and one that's not too inconsistent with actual canon.

Low Points : I've really got to question both Leia's moral standards, and Fenn Shysa's wisdom, due to her seduction of him, to free Dengar.. It definitely seems out of character for her to be seducing virtual strangers, and the ease she knocks him unconscious means that neither of them come out of this particularly well.
I've also got to question the quality of the briefing she must have received for her mission to Mandalore, since the first person she spots wearing Mandalorian Armour she mistakes for Boba Fett, she surely should have been briefed on the common nature of the armour among Mandalorians?
These together make for a fairly poor characterisation of Leia, uninformed and seductive aren't particularly the things we think of when we think of the Princess.

So what do you really think ? : This isn't the strongest issue, and although it's interesting for the first look at the Mandalorians, and one which doesn't seem to far out from current canon, there's really not much story to get into here.
She arrives on Mandalore, finds Dengar a captive of the Mandalorians, seduces the Mandalorian leader so she can free Dengar, and then falls into Dengars trap and is captured by the Empire. Apart from a bunch of backstory, on how Fenn Shysa served the Empire, and knows of Leia, there really isn't much going on here.

Final Words : It's an interesting concept of separating the heroes to track down the three Bounty Hunters they suspect of knowing Boba Fetts location. Especially as these Bounty Hunters at the time had been seen for a few seconds on screen during The Empire Strikes Back, but not detailed anywhere else.
I'm guessing these storylines won't be anywhere near canon (we've already seen Bossk being refered to as a Monarch, which was retconned, but really shouldn't be what he's known for), but it's definitely interesting to see what they're going to come up with for the three.