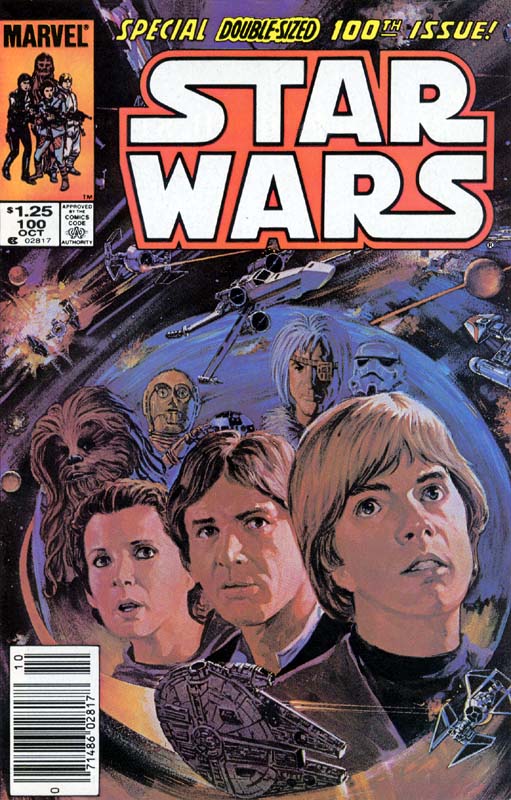 What is it ? : Admiral Ackbar is briefing the pilots of the Alliance on a mission, which turns out to be in simulators as they attempt to bring standards to the newly legitimate government. Luke and Han both easily pass the test, but are suspended from flying because the computers register their flying as nothing any sane pilot would do, Han explains that it's because as a smuggler he's specialised in flying erratically to confuse pursuit, and Luke is a Jedi which would defy analysis, but they remain grounded. With ground control locking tractor beams onto the Falcon when Han attempts to leave.
Han attempts to speak to Leia about it, but she is busy with the Mandalorian Fenn Shysa, and he decides to leave it until later, and Luke and Han discuss Han's old friend Bey, who Luke has heard of legendarily, and Han has known since they were young, where he helped train Han, but was bullied on Corellia because he was only half Human.
Mon Mothma reports that a Nagai fleet has been detected approaching Alliance command on Endor, and that it is time to evacuate the base to avoid bringing the war to the Ewoks.
Lando leads the fleet against the Nagai, and Luke and Han, desperate for some way to help investigate some activity reported to them by the Ewoks. They discover a Nagai landing force, who reveal that they intend to attack which the Alliance is distracted by the attack above, and that the Alliance has been betrayed by someone within it, who has already freed Knife.
The two fight large mechanical soldiers sent against them, discovering that they have false heads to draw attacks, and their attacks must be focused on the bodies instead, but the fight separates the two.
Luke heads back to the base on his Speeder bike, but Han's is lost and he returns on foot, encountering Bey on the way. who reveals that he is the traitor who led the Nagai here, because during his explorations of the galaxy, he encountered the Nagai and was instantly accepted instead of mistreated as he had been by the Corellians. The two fight, still respecting each other from their youth, and although Bey once taught Han, he has learnt much since then, and the two are closely matched, but Bey disarms Han but refuses to execute him.
Knife who has been watching calls Bey a traitor, and goes to execute Han, but Bey doesn't allowing it, knocking the other Nagai out. Then he doesn't allow Han to kill Knife either, revealing that Knife is Bey's half brother from his Nagai mother.
In orbit Lando performs maneuvers which make the other pilots think he's gone crazy, but they force the Nagai to abandon their attack and retreat, as Lando reveals that he was just using Han's tricks.
Luke reaches the Alliance command only to find it under attack by more of the large mechanical figures, and he and Leias Zeltron escorts battle the figures, until they eject their arms and legs and blast off into space to join the retreating Nagai fleet.
Han arrives, seeing the devastation and worrying for Leia, as Luke reveals that no matter what the testing said about him and Han, they'll be pilots again as the Alliance is now at war once again and will need every pilot it can get.

High Points : An interesting story for the 100th double sized issue, and although riddled with flaws, it does tell a compelling story of the second Battle of Endor. It swaps between the space battle and ground fighting in a similar fashion to Return of the Jedi, and keeps things moving along nicely, as well as making things a little more personal for Han.

Low Points : Okay, it's overly long and the plot is far too obvious. Bey was introduced so recently and we're told so often what a nice guy he is, then we get the revelation there's a traitor among the Alliance, that it's so obvious that he's the traitor that they should probably have shown him acting hostile to the Alliance and made the tension not about who the traitor was, but about how long it would take for the heroes to realise it was him.
The storytelling with Bey is pretty much flawed anyway, he supposedly grew up on the streets with Han, but Luke heard stories of his legendary actions when he was still on Tatooine, combined with us having never heard of him before just makes it feel likely clunky storytelling.

The whole plotline with Han and Luke being grounded is ridiculous, since they pass the test, but then are grounded anyway for passing it in the wrong way. Sorry that's not how tests work, you set an objective and if someone is smart enough to achieve that goal without breaking the rules, then they've passed.
And the whole idea that they'd stop Han leaving in the Millenium Falcon seems to be stepping beyond their realm of authority. Stopping Han flying for them I can understand, but stopping him flying at all seems overstepping their authority.
And anyway, do none of the writers remember? Didn't Han resign from the Alliance several issues ago? Did that mean nothing?

So what do you really think ? : For their double sized celebratory 100th Issue, this is a bit of a let down. Although we get a massive battle, and some important progress in the overall plotline of the comics, the amount of time spent on Bey seems pointless since he was obviously introduced just to be a traitor, so to make it surprising we get endless panels of people saying what a great guy he is.
A big disappointment.

Final Words : Well, not that many issues to go until the end, and the war with the Nagai is heating up. Here's hoping that we don't get too many stories which take us away from this and the war can receive the attention it deserves.