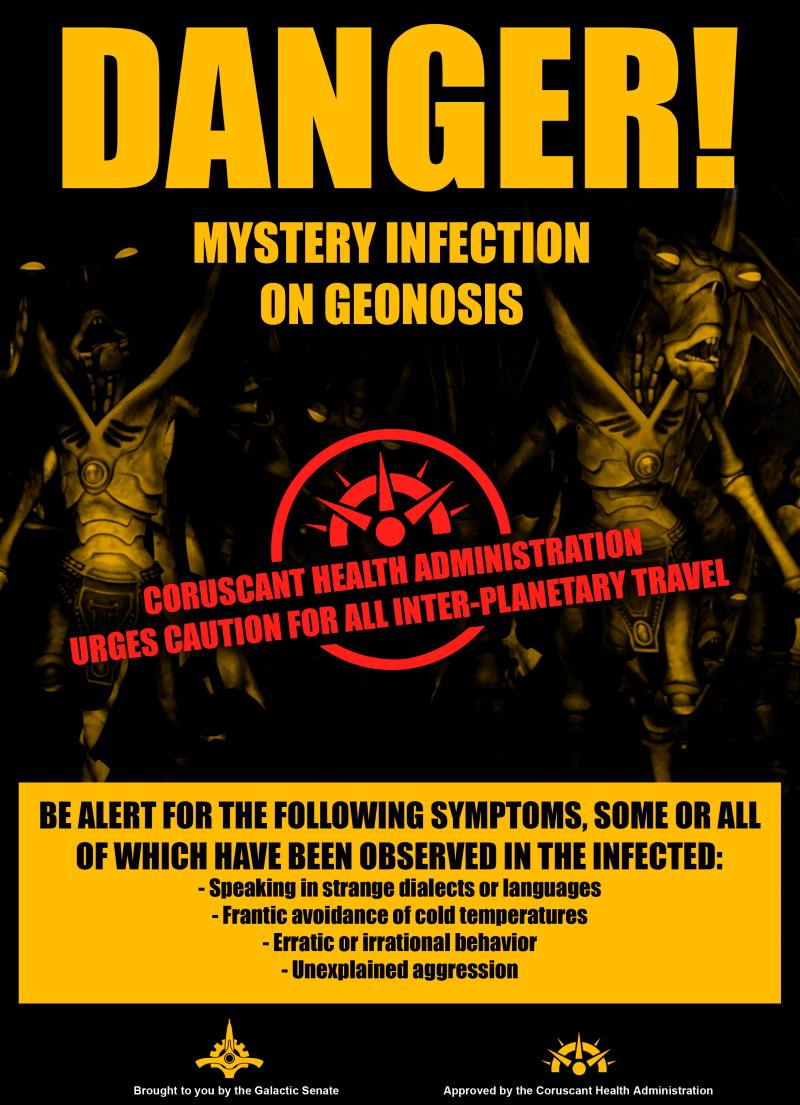 What is it ? : Continuing the storyline directly from the last episode, with all the forces diverted to the attack on Geonosis, Republic forces are weakened elsewhere and those under Mace Windu are needing medical supplies.
With the fighting now over, Ahsoka and Barriss Offee are assigned to a Republic Frigate to fetch the much needed supplies and get them to Mace Windu. However unknown to them, a Clone Trooper has become infested with the Brain Worms from the last episode, and takes a backpack full of eggs aboard the Frigate. As he infects more of the Clone Troopers, they take over the vessel, and soon Ahsoka and Barriss find themselves being hunted through the corridors and air vents avoiding their former allies catching and infecting them.
Contacting Anakin, he tortures the captured Poggle the Lesser and finds out the worms are vulnerable to the cold, Ahsoka sets off to flood the ship with cold from the engine cooling system, hunted by a now infected Barriss. Only at the last second does the worm give into the cold, and they can stop the ship before it crashes into the medical space station they were supposed to be collecting supplies from.

High Points : This is an excellent episode, the whole atmosphere is reminiscent of Alien, or possibly the thing, as more people go over to the infection and the two young padawans are hunted through the vessel. It's a very enjoyable episode, and the ending isn't obvious for much of the episode (for example it could have easily ended by the two padawans taking to the escape pods and blowing the infected clone troopers to hell).
I'm left with a question about the Brain Worms, in the last episode they seemed to work by putting the infected under control of the Geonosian Queen, but given the distance from Geonosis as the ship travels through Hyperspace, and the fact she was apparently killed in the last episode, make me wonder who makes the decisions for the infected now. Even if they're all part of the hive, the hive is currently 99% Clone Troopers who are born to serve the Republic, so why have they turned on it now. Or are they just driven by the animal drive of the Worms to bring more people into the hive, and to protect the hive? Just wondering.

Low Points : As mentioned in my last review Clone Wars episodes seem to suffer from a lack of consequences, and in this episode Anakin tortures information out of Poggle the Lesser, and his fellow Jedi question him on how he got the information, but it's all forgotten about within seconds. Makes me think that Palpatine wasn't a genius in avoiding being detected by the Jedi, he just told them all the dark side stuff they detected and witnessed wasn't important and they just went along with it.

So what do you really think ? : Loved this episode, and I can't sing it's praises high enough. It's not perfect, but it told a great little story with an interesting premise, with action and intrigue and everything I could have wanted.

Final Words : Although with the death of the Geonosian Queen in the last episode I can't see a way they can use the Brain Worms again, I really want to see more. Just the Brain control aspect and bringing enemies into service of the Geonosian Hives are a fascinating premise, and we haven't even explored the idea that they can animate the dead as they did last episode, and we can witness a Zombie apocalypse Star Wars style . . . fingers crossed.