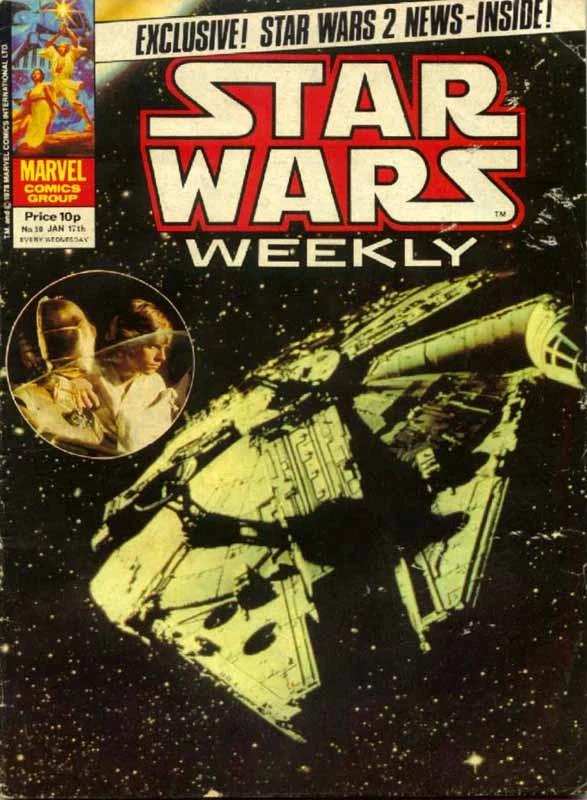 What is it ? : Part 8: The Keeper's Secret
The Keeper's energy ray surrounds the heroes, who find themselves incapable of resisting, however the energy does them no damage, instead imparting knowledge to them.
They are given the history of the Keepers world, and how the inhabitants were an advanced and peaceful species, and aeons ago when war engulfed this sector of the galaxy, they fled to avoid the conflict. Leaving the Keeper to maintain their world. However over the ages, the machine began to feel lonely, so constructed it's four android children.
Together they manipulated the environment, to make the world as hostile as possible to discourage visitors. However now they see that not even the jungles and massive monsters that roam them are enough to keep the Galactic Civil War away, so more extreme measures must be taken.
And as the Imperial soldiers track Luke and Leia's heat particles which lead them directly to the Keepers chamber, and earthquake begins and the chamber explodes with fire, forcing the Imperials to retreat and abandon their search.
Part 9: The Final Fury
The Imperials flee back to their ship as the surface of the world breaks open with giant lava spewing geysers, abandoning the world and believing the Rebels to be dead. Their commander decides to mark the world as a deathtrap, and warn Imperial forces to never again set foot on the surface.
Meanwhile in the Keepers chamber, as it burst into flame, the Keeper pulled the heroes inside himself for safety. He tells them to return to the surface where a surprise awaits them, informing them that he and his children will continue to restore and maintain this world, in preparation for it's original inhabitants returning.
They are led through the caves by the children, and as they emerge into the daylight, they see robot arms which can reach through the planet to any point on it's surface, repairing their ship. The children tell them this is a parting gift to them from the Keeper, and the heroes board their ship and depart, talking about their hopes that defeating the Empire will restore all of the galaxy to the peace that the Keeper is trying to maintain on his world.

High Points : It's a really interesting backstory to these parts, with the Keeper having been constructed to maintain the world for his creators return, but it is perhaps the techniques he uses to create the illusion that the planet isn't desirable to visitors. Having created the monsters that roam it's surface, and when that proves inadequate, creating earthquakes and lava geysers.


Low Points : My main nitpick with this issue is why does the Keeper allow the heroes to discover it's true purpose. As Rebels, they now know there's a hospitable world, where the Empire isn't likely to look, which seems ideal for a hidden Rebel base. Even if they are unlikely to do this, the Keeper itself doesn't really know them well enough to make that decision, so probably should have allowed them to perish in fiery lava.

I must also comment on that cover, and it's been bugging me since it came out in January 1979. As it was the 50th issue, it was considered a bit of a landmark, so they marked it out by using a photograph on the cover, rather than the cartoon art which had been used on every other issue. And it's a lovely picture of the Millenium Falcon in space, it's sensor dish in a rather unique elevated position (that I can't remember seeing in any other official photograph I've ever seen). But they mirrored the photograph so the cockpit is on the wrong side.
That's been bugging me for 40 years. Since this is one of the few issues I've managed to keep over the years, and find it remarkable that they use a photograph to mark this issue out as special, then mess it up and print the picture backwards. And it's not as if they're not familiar with the ship, as they successfully draw it most issues.

So what do you really think ? : Again the low page count means the story rushes by, and given much of the first part is given to exposition, there's not much space left to show what's going on. So the Imperial forces seem to find the Keepers chamber without any real effort or time required, and as the keepers chamber is filled with fire forcing the Empire to flee, there's no real effort given to building tension, and you need to realise for yourself that the heroes are in danger, with no space to bring the readers attention to the fact that they were still within the now flaming chamber.

I must also comment, that while the idea of a planet being protected by an ancient machine awaiting it's creators return does fit nicely alongside much of the Star Wars canon. The childish tone of this story, and certain elements, such as the Keepers childrens powers, make this story not fit tonaly within Star Wars, feeling much more of a generic Sci-fi tale of astronauts discovering a seemingly abandoned world, very much like a standard 1950's sf story.

Final Words : The background story that the keeper tells, and the fantastic design of the keeper and the tentacles which span the planets surface, elevates this story beyond the fairly rushed tale that it is. But I still found it an enjoyable, if slightly childish read.