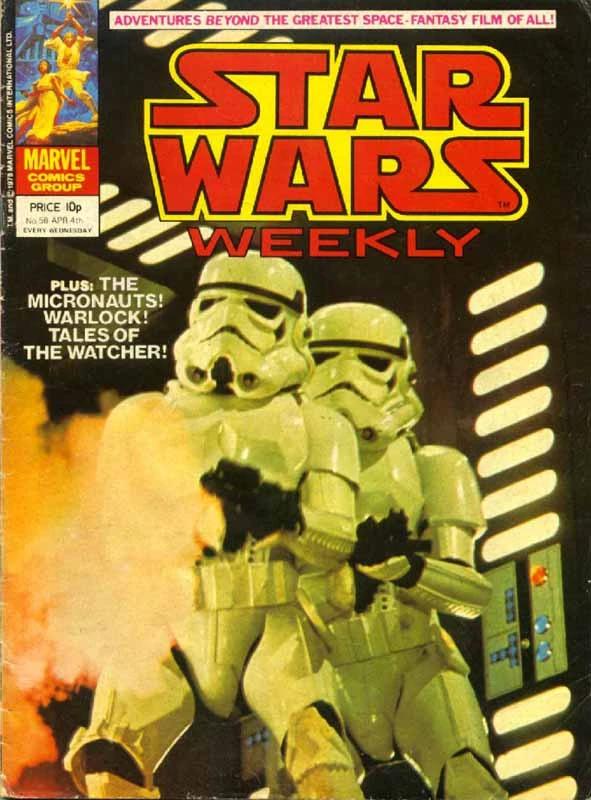 What is it ? :
Part 4: Death Trap
Fake Colonel Odan is pressing Leia for information on the Rebel plans, when Luke tells him he's wanted on the bridge of the War Sled. When they're alone, he points out blaster scorch marks on the walls, where a battle has occurred, and Leia tells him she noticed the same, and is concerned the wrong side won, as Odan hasn't used the proper identification codes since they arrived. Before they can discuss further, Odan returns with soldiers having realised they're onto him. He orders the War Sled evacuated, and Luke taken to the bridge.
Meanwhile the real Colonel Odan is showing C-3PO and R2-D2 the damaged remains of the only vehicle he has remaining, the snow flyer he escaped in, but it won't work since it's T-3 Astromech was destroyed, but R2 volunteers for the job even though it may overload his circuits since it is the only way of catching up with the War Sled.
Fake Colonel Odan escorts Leia from the War Sled, and orders it sent to it's doom, as Leia realises that Luke is still strapped into a seat on it's bridge.

Part 5: Snow Fury!
Fake Colonel Odan has a vehicle sent from his base to evacuate his forces, a strato-hopper, but an incoming storm delays their departure. He offers Leia a chance to tell him the Rebel plans in exchange for Luke's rescue from the doomed War Sled, but Leia doesn't believe that he'll act, so refuses.
Real Colonel Odan and the Droids are aboard the snow flyer and catch up with the War Sled, which is speeding towards a field of geysers which will destroy it. They manage to board the speeding vehicle, bu their snow flyer is damaged beyond use in the hard landing on the War Sled. The find Luke trapped on the bridge, and that the controls have been wrecked so they have no way of taking back control of the vehicle. Odan reveals a cache of Power Ski's, which allow them to exit the vehicle as it plunges to its, doom, but that leaves them stranded as the storm closes in on their position, and Odan warns that the ice in the storm will cut them to shreds.

High Points : The story continues to move along at a great pace, with each part being extremely well paced for just 3 pages each, especially considering that the heroes have been separated, and we're following the stories of the Droids, and Luke and Leia. But this is dealt with extremely well, with both parts adding to the overall tale, and we discover the Imperial capture of the War Sled from both Fake and Real Odan's point of view.

Low Points : One of the things that doing these reviews has made me do, is look harder at the subjects, especially over time. As I don't really like going over the same territory again and again, so for example, I've been complaining about the short length of these issues and how it affects the story telling, however rather than retreading the same old ground every review, I find myself having to look deeper for something else to comment on.
For example, I've mainly just commented on this issue by talking about how doing these reviews has changed the way I review things.
But back to the issue at hand. I find it a little odd how quickly that Fake Odan wants to abandon using the War Sled. Even though it's a Rebel vehicle, his command to abandon the vehicle leaves his forces stranded in the middle of icy tundra, with a storm coming in. Couldn't he have used the War Sled to return to his own base, and disembark there? Couldn't he have kept the vehicle, as it appears to be quite a powerful vessel of war? Nope, he abandons it, leaving his forces standing around in the snow, just so he can send Luke to his doom in an attempt to coerce Leia into revealing the Rebels plans.

So what do you really think ? : Again, this was a brilliant little read, and the story is extremely well done, perfectly paced to the length of the parts, with each telling a short but vital part of the story. We do perhaps lose some explanation for what's going on, but we get a lot of action instead.

Final Words : A tiny thing which is bothering me, is the fact that we don't discover the real name of the Fake Colonel Odan. because there's limited space, the writers haven't felt it necessary to identify himself, "Aha, you've seen through my disguise, so let me introduce myself, I'm Imperial Commander Grieve {or whatever}". So even though I can see in Wookieepedia that the character has a bit of a fleshed out background, but we never discover the poor man's name.