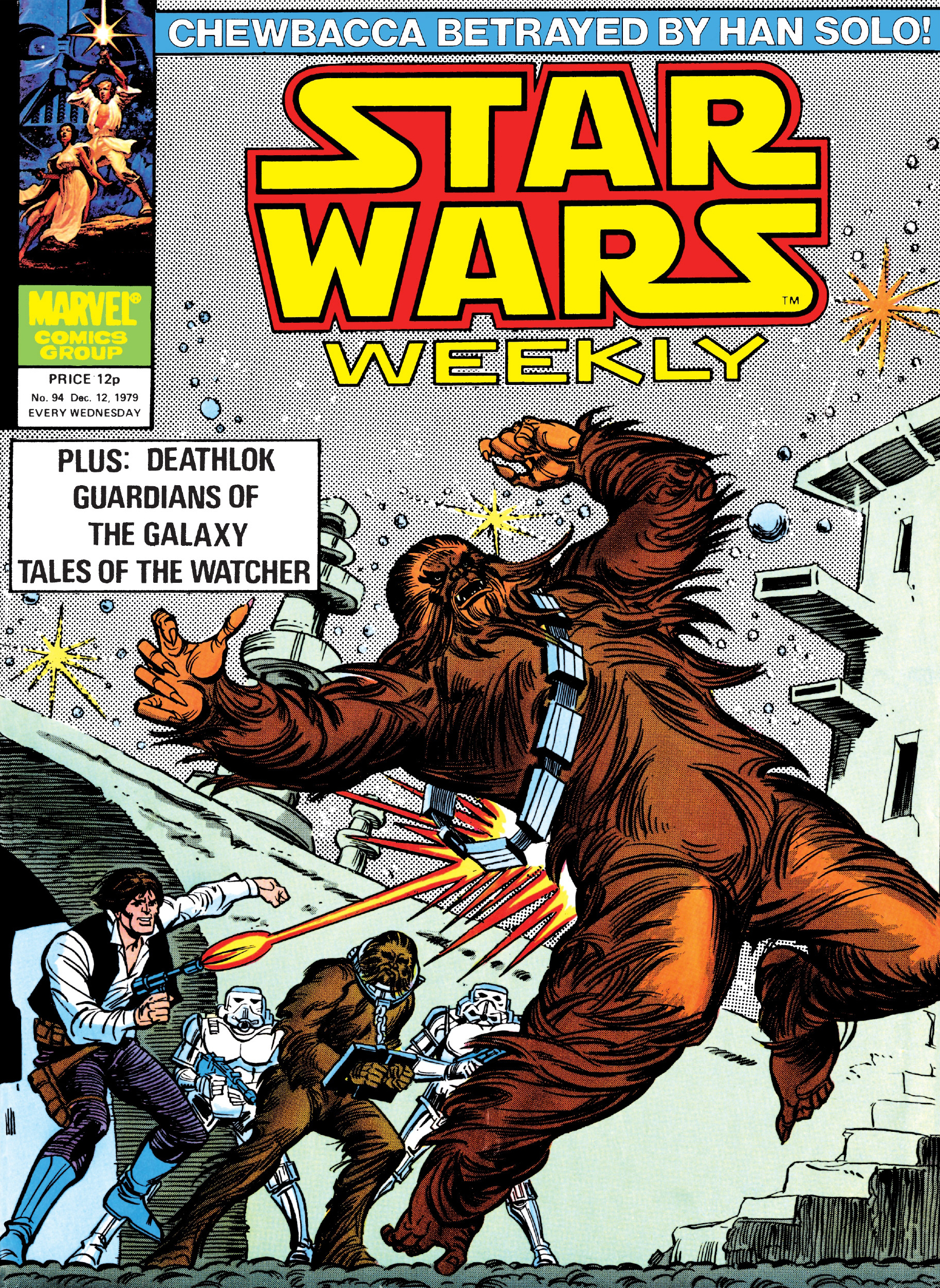 What is it ? :
Part 1: Way of the Wookiee
Years before meeting Obi-Wan and Luke, Han and Chewbacca are on the Kessel Run and are arriving at the world of Formos, when a larger ship cuts them off, causing them to swerve to avoid crashing. Han is annoyed and wants revenge, but Chewbacca points out the larger vessel is a Imperial Prison Ship, so Han calms down and they land on the planet.
However as they disembark the Falcon, they are spotted by the captain of the Imperial Prison Ship, Colonel Quirt, who is sure he recognises them as smugglers, but Han talks his way out of it, and they head to a rendezvous with their contact for Jabba, N'Mrith.
N'Mrith however is concerned at being seen with them, since they've attracted the attention of an Imperial Officer, so their meeting is moved to an Atmosphere Baths, which is perfect for an Amphibious Species, but uncomfortable for Humans and Wookiees.
They agree to keep their heads down, as N'Mrith warns them that Colonel Quirt is keen to take prisoners on his ship, as they are being delivered to Kessel to work in the mines.
As they leave, Han remarks that they're professionals and aren't going to just attack the first Imperial patrol they see, at which Chewbacca charges at a nearby Imperial patrol who have another Wookiee in chains. As Chewbacca charges, Han has to think fast, and pulls his gun shooting Chewbacca in the back, causing him to collapse in the street , as the Stormtroopers in the patrol turn on him, Han tells them that it's all a misunderstanding and his weapon is on stun, and he can explain everything if they'll just give him a second as he raises his hands while standing over his fallen partner.

High Points : Now we're onto the first story uniquely written for Star Wars Weekly, so it's not two 3 part chapters welded together, but instead is actually written as a six page chapter. This means that instead of having to have some action and a cliffhanger every 3 pages, we can spend some time world and story building instead.
And the issue uses that space to fill us in on the Spice Mines of Kessel, revealing they are worked by prisoners, so when the Empire needs more workers, they just arrest more people.
This does fit somewhat with what we know of the Spice Mines of Kessel in canon now, although it does differ in that the Empire runs the mines directly. But I like the fact that it manages to make the Empire seem more villainous than the movies did, as they are imprisoning the population and forcing them into labour, actually showing us people would actually find the Empire is worth rebelling against.

Low Points : Firstly, I find the design of N'Mrith to be memorable, as I definitely remember his forward pointing tusks even all these years later. However, I have to question the use of these, did his species really evolve to smash their face into prey to spear it with their tusks? They're obviously not for biting, and they are badly placed to perform the task of horns, looking to have the worst elements of both.

Oh, and I know the moment when Han says "Does N'Mrith think...we're not professionals? Acts like we're glory-brained Rebels... ready to lay into the first squad of Stormtroopers we see!", followed by Chewbacca sprinting off to attack a squad of Stormtroopers, is done for laughs. But it just felt too on the nose for me, although perhaps that isn't fair as this was written for kids.

So what do you really think ? : Well, there's some nice world building, and a unique cliffhanger, with Han having gunned down his own partner. But there's not a huge amount to recommend here, hopefully it'll build into something more interesting.

Final Words : My memories after 40 years of this story are vague, I can just about remember the titles, and N'Mrith's strange forward facing tusks definitely seem familiar, but I can't remember the storyline at all (or at least so far). Which doesn't bode well, as the best of these stories have definitely remained with me over the years, so this may not be one of the best . . .