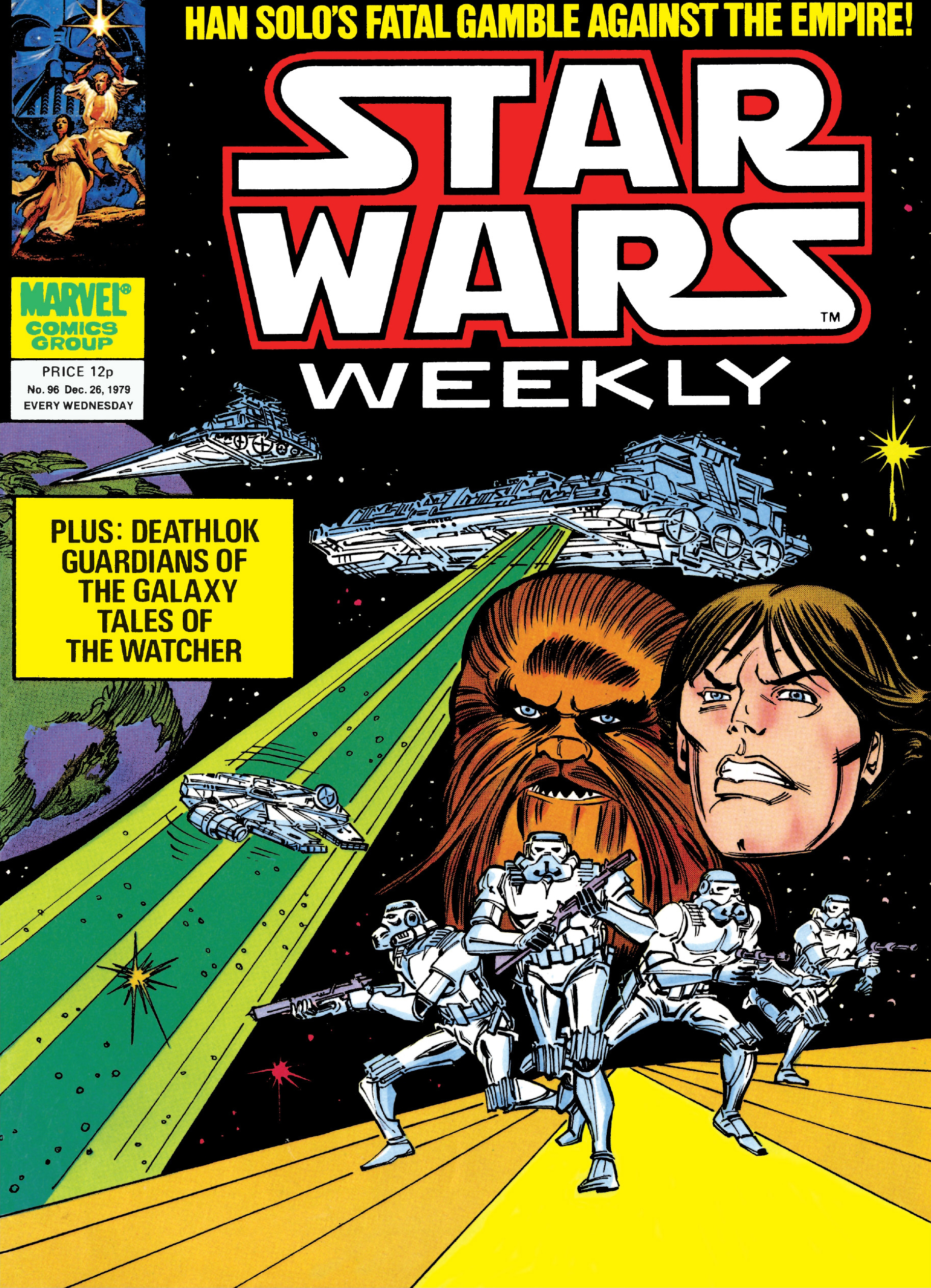 What is it ? :
Part 3 Switch!
Chewbacca returns with the unconscious Hronk, and conceals him in one of the smuggling compartments. As they prepare to take off, they see Stormtroopers arresting N'Mrith, so they blast off quickly, but Han hears a mysterious noise that he guesses means they have damaged the Falcon or one of the building in a small collision.
As they reach orbit, and Imperial cruiser lies in wait for them, and they realise that N'Mrith has given them up in exchange for his own freedom, and as Han concentrates on avoiding the cruiser, Colonel Quirts prison ship manages to maneuver into range and grab them with it's tractor beam.
Quirt boards the Millenium Falcon with a scanning team, and they scan for Spice, but cannot detect it, and Han realises that the noise he heard was Chewbacca jettisoning it. Once he realises their cargo is clean, Quirt orders the scanning team to search the ship for the missing Wookiee, but they find no trace of his lifesigns either.
Quirt complains that without any pretext he can't hold Han due to Senate interference, and allows the two to go. Han then free's Chewbacca from the smuggling compartment, revealing that it was Hronk masquerading as Chewbacca and avoiding the Scanning team as they worked, and their search for Hronk's, not Chewbacca's lifesigns which allowed him to remain hidden.
They let Hronk off at another starport to make his way home, knowing that Chewbacca having saved his life means the nullification of any dispute between their two families, and the two set off for space once more, hoping that Jabba the Hutt will be understanding about them jettisoning a load of spice.

High Points : I am actually impressed by the twist where it's revealed that Hronk and Chewbacca have switched places, so that the scanning team can't detect Hronk hiding on the ship since he's not actually hiding. I would have thought that the simple matter of detecting 2 Wookiees aboard the ship would have been fairly simple, and alerted them. But the concept that Wookiees all look alike to non Wookiees is a solid one.

Low Points : As an attempt to explain the debt Han owes to Jabba, it doesn't work great, Han is boarded because one of Jabba's colleagues informs on him to the Empire, and I'd definitely think that's more of a problem for Jabba than simple Han dumping his cargo, and if N'Mrith can report on Han, he can report of Jabba. It also hooks the smuggling into the Kessel Run, although A New Hope mentions both the failed Smuggling run, and the Kessel Run, it doesn't automatically mean they were one in the same.

I also find it a little odd that Han credits "the Way of the Wookiee" for cancelling the Fued between Hronk and Chewbacca, because Chewbacca has saved Hronk's life. I'd think that was pretty standard, if someone saves your life, you'd forget about any disputes with them, as they've done you a pretty massive favour. Just a thought.

So what do you really think ? : A pretty good ending to this story, but my crediting of better pacing at the start of this story has totally fallen apart, as nearly half of this issue is just wrapping up the story after the action is over.

Final Words : While an attempt to explain the background of Han and Chewbacca smuggling for Jabba the Hutt, the story itself isn't great, and there's nothing much to recommend here at all I'm afraid.
A pity that the first story unique to Star Wars Weekly and the UK, is so weak, as I'd definitely like to be discovering some real gems which a US audience hadn't ever seen. Oh well.