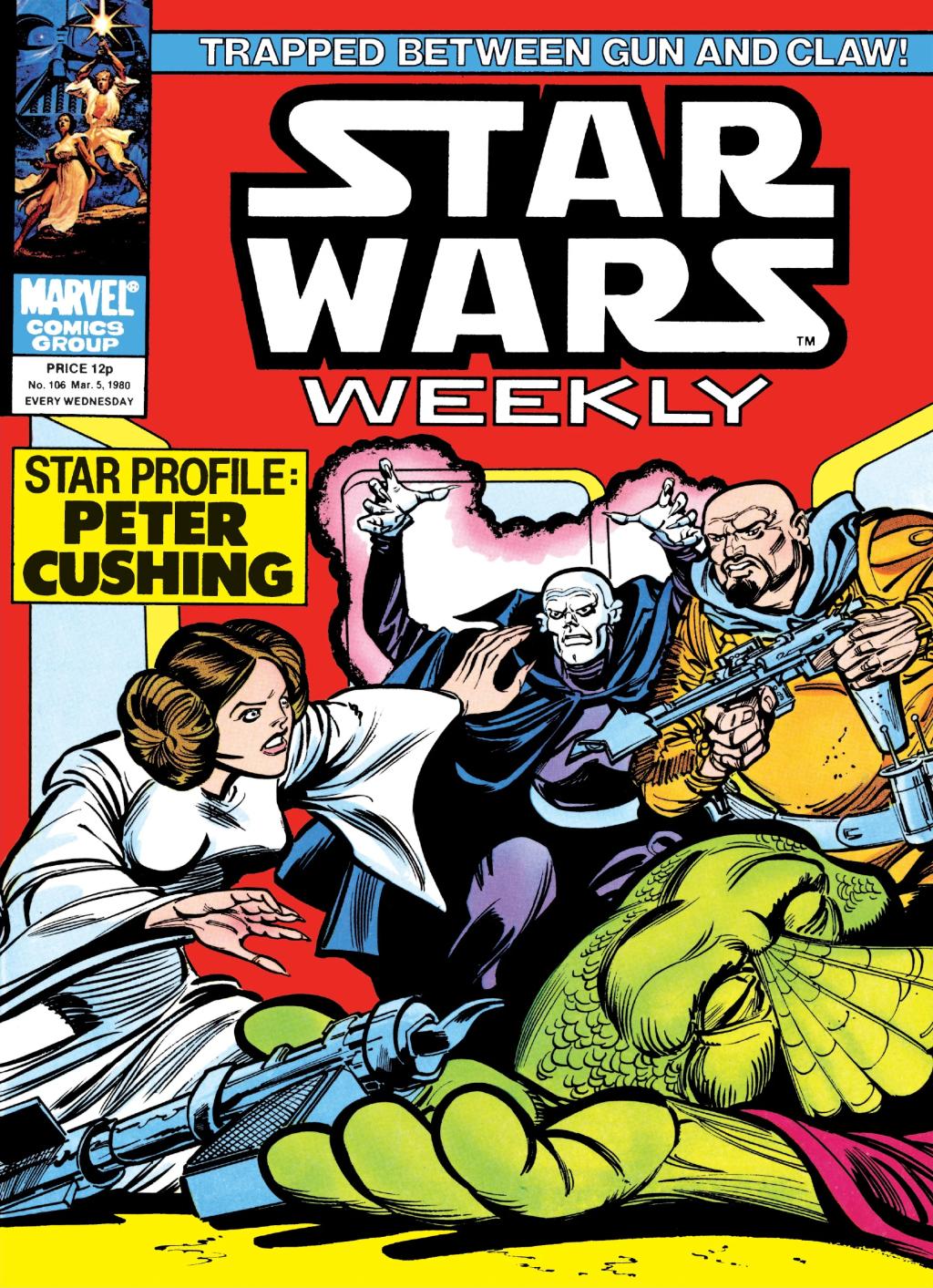 What is it ? :
Part 3: My Enemies Surround Me!
With the Head of the Assassins Guild taking on the contract to kill Leia, but she is not given time to even consider these actions as Durane keeps her training hard. Until he declares that there's little more he can train her about weapons of any kind, from personal weapons to manning starship weapons.
And although he tells her he'll miss her presence aboard his ship, he has other work to do, and Leia tries to not think of what work that might be. She returns to her diplomatic duties, and her life resumes it's normal flow with all assassination attempts seemingly in the past.
While she is meeting with Governor Tchai, discussing the increasing power of the Emperor and trying to convince him it needs curtailed, a protocol droid informs her that an uncultured alien has arrived asking for her, and from the droids description she thinks it might be Gimlet.
However before the droid can escort her fully to her guest, it shuts down, and the Head of the Assassins guild emerges having jammed the droids function. Her training allows her to spring out of the way of his strike, and Gimlet bursts into the room, but is blaster by the Guildmaster with a hidden weapon. Leia springs forward to grab Gimlets weapon, but the Guildmaster boasts that before she can get it, his poisons will kill her.
But he is hit by a rocket dart, tumbling to the floor dead, and standing over him is Durane, who proclaims that he'll always take a rocket over a poison any day.
Leia thanks Durane for saving him, but that Gimlet is dead. And Durane explains that Gimlets senses were too sharp, and that he had wanted to warn Leia, not of the Guildmasters, but of Durane himself.
The Imperial officer who had hired the Assassins Guild, Emir, contacted Durane just after Leia had left the ship, hiring him to kill Guildmaster Torgas, and Leia herself, and with his debt and contract to Bail Organa finished, he took the contract.
Using all of her training, she grabs Gimlets weapon, and fires at Durane with a speed and accuracy she had never shown before or since, and hits. As he breathes his last, he tells her that she finally got it, that she was absolutely perfect, showing pride in his student, and Leia tells him that he was a great teacher, and weeps over his body. Crying for Durane, for Gimlet and for the tragedy with Duranes family that had made him into a killer for money.
Back aboard the Falcon, Leia finishes her tale, telling them she's never been as good with a weapon since, but that's the story of how she was trained. C-3PO expresses sadness at the tale, but tells R2-D2 that at least because of Duranes training, their own story is ending more happily.

High Points : A surprisingly emotional and sad ending to this story, The Weapons Master ends as a bit of a tragedy, with Durane's betrayal making complete sense for the character, but still remaining every bit heartbreaking due to the friendship which had formed between him and Leia.
But also the loss of Gimlet, a character who actually never speaks a line of dialogue, is also sad, as over the three issues the way that people talk about Gimlet in an affectionate way, makes you like the character without him ever really doing anything to earn that. Which just displays the quality of the writing that's going on in this story.

Low Points : Well, I don't like repeating myself, but I really have to, as once again it's all a bit rushed, as we go from Leia's training, to the diplomatic meeting, to the Guildmasters attack, to Duranes rescue and betrayal, to Leia grieving, to her finishing her story all within six pages, and over one of them is just summing up the story so far.

So what do you really think ? : But this is a great ending to a decent little story. It's definitely not a classic, but the amount of background and emotion this tale has managed in just a few pages is absolutely astounding. Definitely worth the short time it takes to read.

Final Words : Once again the Marvel stories manage to not contradict anything which comes after them, I've never heard of anything which would tell you that an old acquaintance of Bail Organa's trained a young Leia, before being hired to kill her, forcing her to use those skills to defend herself and kill a friend.
Not only fitting into continuity from a story point of view, but making complete sense given the slight hardness to Leia's character in A New Hope and Empire Strikes Back. It definitely matches with the Leia in this story who learns that even friends can prove to be enemies, and that friends die in tragic circumstances, so she shouldn't get too close to anyone, which definitely seems like the slightly distant, slighty sad Leia we saw in the original movies.