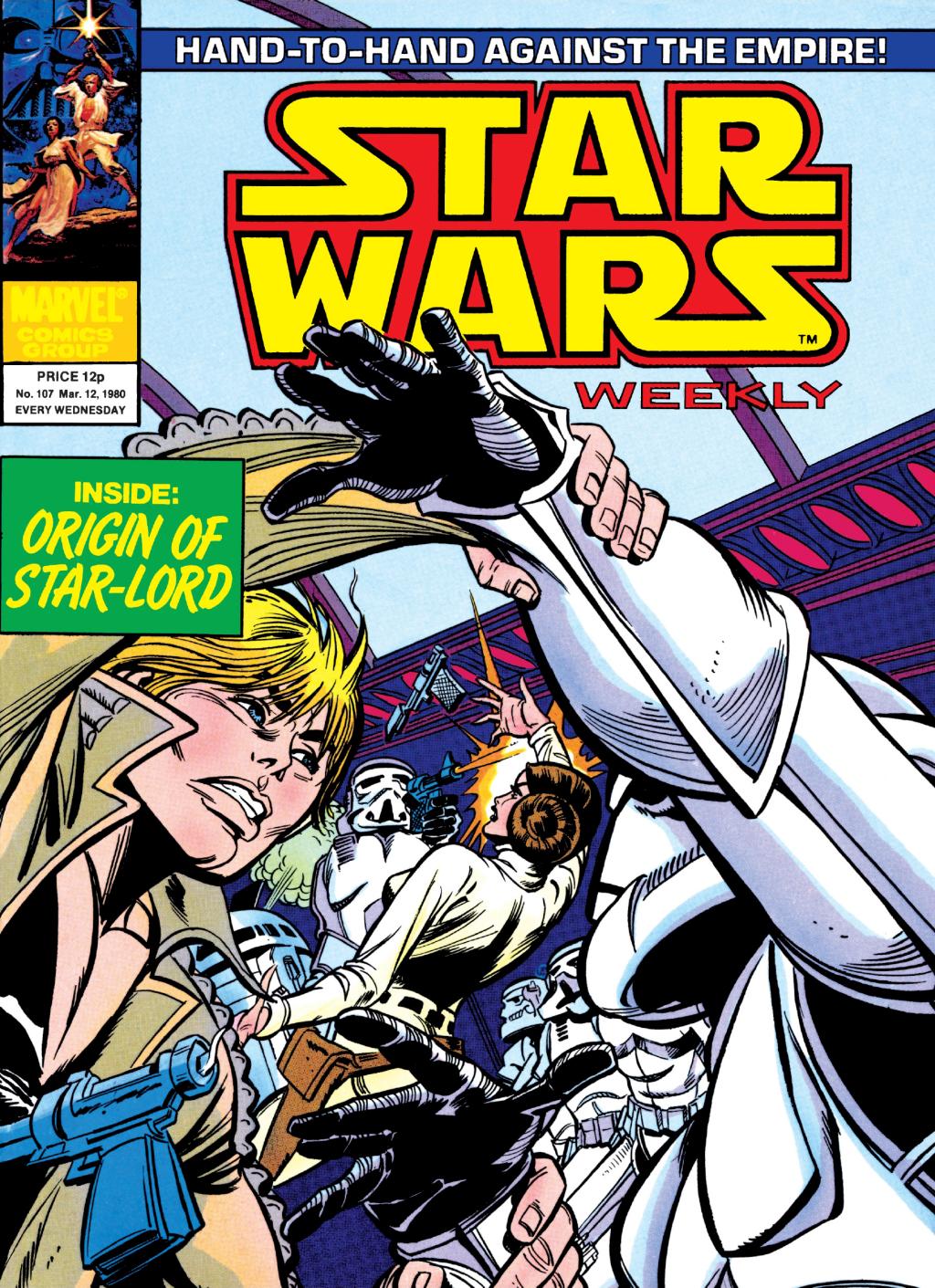 What is it ? :
Part 1: World of Fire!
Two Rebels are scouting the remains of a non-military archeological base the Rebellion had set up, bodies are strewn around, and one of the two comments it looks as if a Star Destroyer had used the place for target practice, yet the blasts seemed to originate inside the domes the expedition had set up.
They detect an energy signature off the scale inside the main dome, and move to investigate, however an energy blast catches one of them, killing him instantly.
The other pilot sprints for their reconnaissance Y-Wing, and launches, but the energy beam strikes out again, and the wreckage of the fighter falls back to the surface.
Meanwhile, on the Imperial factory world of Foundry, Luke, Leia and the Droids are infiltrating the shipyards, but the security means that they are fighting their way to their destination. The hangar where a new design of Imperial Combat ship is being stored, the Starraker. Finally getting aboard, with a stunned Leia, Luke powers up the ships weapons, blasting through the hangar roof, and taking the vessel through the hole into space, as the crushing acceleration from the vessels engines crushes them into their seats.

High Points : Very much a story of two parts, with the Rebel investigation of their lost base, and the theft of the Starraker seemingly unconnected at the moment. But both parts are good, the theft of the ship isn't anything we haven't seen before, Luke and Leia battling Stormtroopers. But the Rebel investigation is outstanding, it's a really good piece of universe building, as we discover new information about Rebel projects outside the military, Rebel scouting missions, and get a glimpse at the remains of the Rebel base.

Low Points : Not really any complaints about this one, my usual complaint of the Star Wars Weekly stories, that the parts are too short, doesn't actually work on this one. As although it has the same page count as the other issues, the split between the mystery of the destruction of the Rebel scouts and base, and the action of Luke and Leia stealing the Starraker, really works and makes it feel more substantial.
My only slight complaint is the death of the two scouts cutting their story short, as I'd have loved for it to concentrate on them more, as the mystery is more interesting to me.

So what do you really think ? : A really solid start to a story, and that's pretty much to be expected as this is written by Chris Claremont, the writer of many of the best X-Men stories such as the Dark Phoenix Saga, and Days of Future Past.

Final Words : Looking ahead, I see that not only does this story have the now standard for Star Wars Weekly 3 parts, but it is the first segment of a longer story, so the tale will actually cover 9 parts from beginning to end. Given my complaints about recent issues just being too brief, this can only be a good thing, but we shall see how it works out.