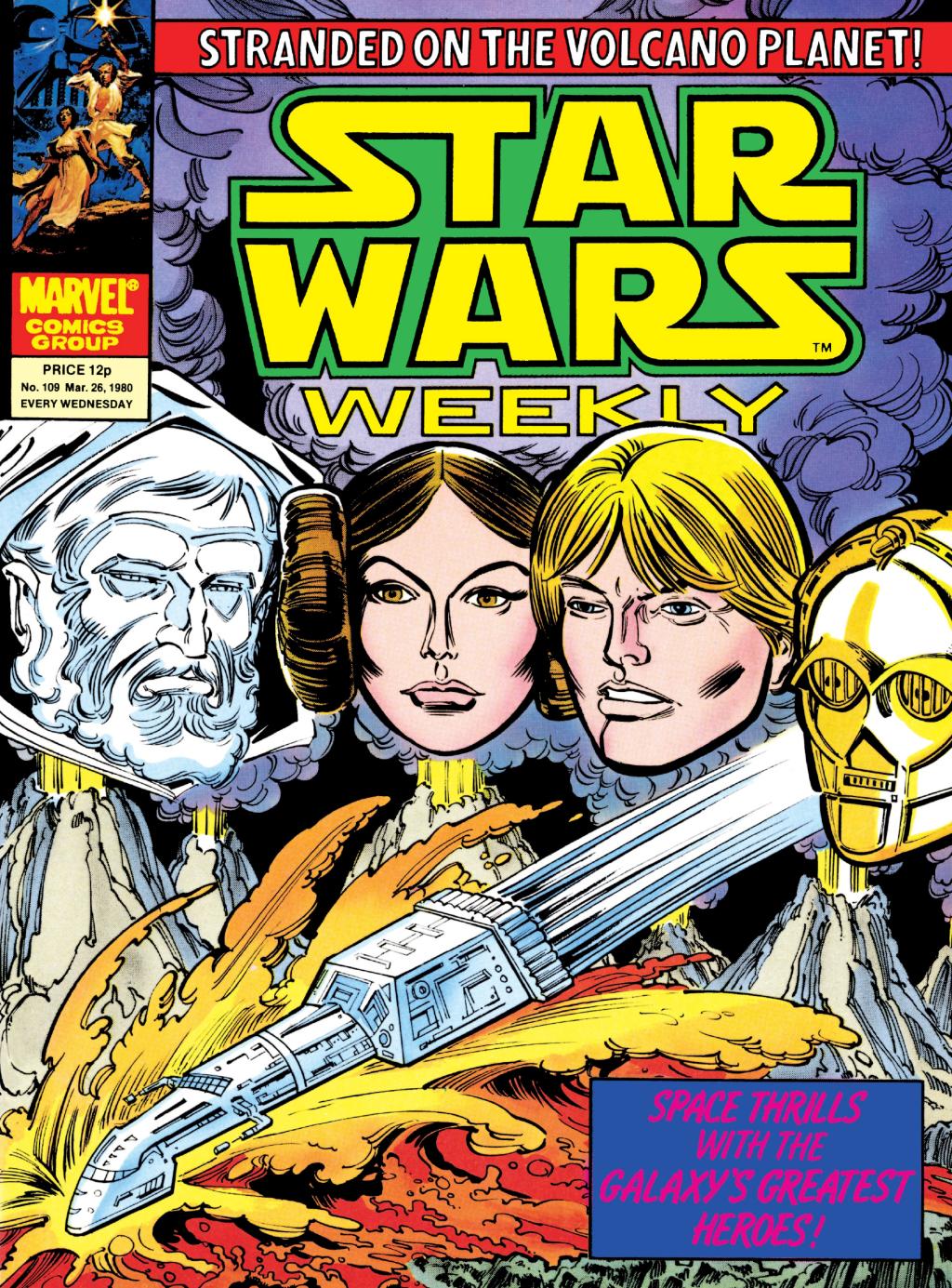 What is it ? :
Part3: Molten Doom
Having just watched the Imperial Cruiser they were facing destroyed by a blast from the surface of Alashan, Luke is shocked as he knows of no other weapon which can fire so far other than the Death Star. He senses a disturbance in the force as the weapon fires again, targeting the Starraker, and the prototype ships shields strain to resist the blast, and hold, but at the expense of blowing nearly every system aboard, and they begin plummeting to the surface.
Luke strains at the controls to soften the crash as much as possible, while Leia begins fighting the numerous fires which have been created by the attack. Luke warns Mici to strap herself in, but her control panel explodes, launching her into a bulkhead, and she slumps to the floor unconscious.
Luke remembers the training Obi-Wan Kenobi gave him, and relaxes, allowing the Force to channel his actions, suddenly jerking the controls to one side, making the doomed ship narrowly avoid yet another blast of energy from the planets surface, but the maneuver causes the ship to lose height and plow into a field of Molten Lava on the planet's surface.
Luke awakens in the darkened ship, all power is out and the air is hot and stuffy. Illuminating the cockpit with a torch, he finds Leia who is unconscious but unharmed, having managed to strap herself into a crash restraint moments before impact. She awakens, and they are both relieved to still be alive, and Leia begins searching for the others, finding C-3PO by his illuminated photoreceptors, and finding Mici wounded and unconscious on the floor.
Using R2-D2's medical database, Leia determines that Mici has broken ribs and internal injuries, and will need medical attention if she is to survive. Meanwhile Luke discovers the airlock is hot to the touch, and opening an observation window, he sees that the Starraker has embedded itself into the Lava field, which has hardened around the ship, burying them alive.

High Points : The first part of this story really impressed me by being a story of two parts, and being seemingly longer than it's short page count because of that, well this issue manages that feat as well. We've got the excitement of the crash, as the ship is damaged and plummets to the planets surface, and then we've got the moments after the crash, as they discover the damage done, and the wounds Mici has taken, as well as the fact that the ship is entombed in solid rock. So much manages to happen in just the 6 pages of the comic, especially considering that the first is just a recap of the last parts of the story, I have to actually double check the page count as I could scarcely believe that it was only 6.

Low Points : There's not a lot to dislike in this one really, although I do have some problem with the Starraker itself. It apparently has shields stronger than the Imperial Cruiser that had just been destroyed by one of the attacks from Alashan, an Imperial Cruiser which it is stated categorically in the comic is not a Star Destroyer . . . but it certainly looks like one, and I have difficulty believing that such a little ship could be as tough as such a massive one. (and I'm certainly going to get a lot of flack if I stat the ship that way).

Final Words : Even though I knew that World of Fire was the first three parts of a much longer story, I did somehow expect there to be a resolution at the end of this part, but there definitely isn't, as we're totally left hanging as we go into the next issue, which is apparently a different story, although obviously not. I'm a little confused as to why each issue has a different title, and now each group of 3 issues has a different title for them as well, surely the entire story should just have one name?