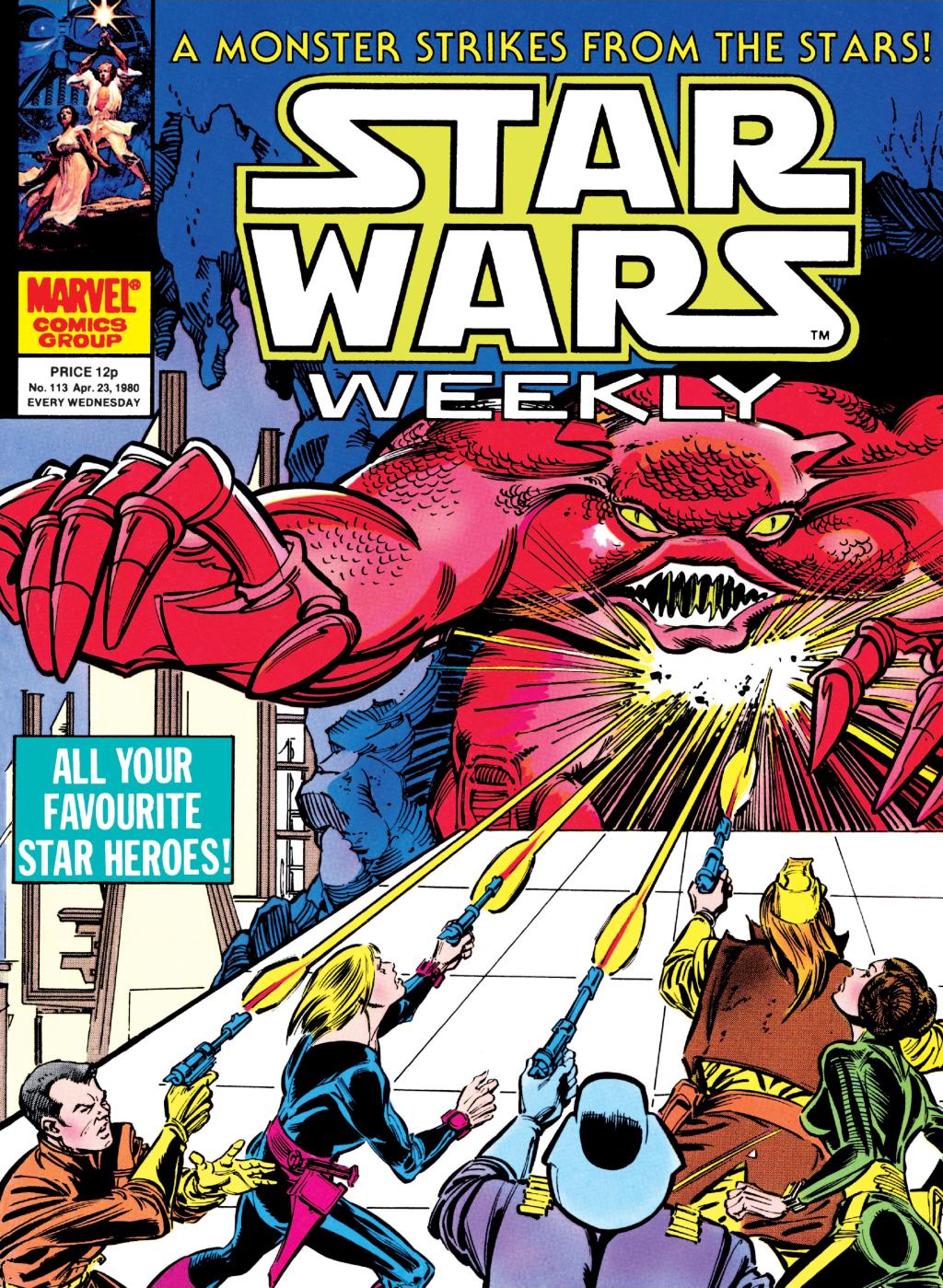 What is it ? :
Part 1: The Guardian of Forever!
Luke, Leia and their temporary Imperial allies arrive in a city, in a massive cavern 5 kilometers underground. As they look on in awe, Ensign Lopaki plots the death of the Rebels, recognising Leia as a Rebel leader, and Luke as the destroyer of The Death Star.
Major Grau tries to contact the Stormtrooper he left guarding the entrance to the tunnel, unaware he has been killed by the creature which is stalking them, and cannot raise him, so places another Stormtrooper to guard the bridge entering the city, and the remaining 5 begin searching the city.
Before they've gone far, Leia recognises some hieroglyphics as looking familiar, but they are warned of danger when they hear the Stormtrooper they left behind scream. They race back to the bridge, and find the Stormtrooper torn apart, his battle armour ripped open, and discover a massive creature, a living nightmare which defies description.
They open fire, and their blasters seem to do little, but their fire causes a rockfall, burying the creature. Lopaki declares victory, but Luke points out that the creature could still be alive, and that the rockfall has blocked their only exit from the city. Major Grau considers using their explosives, which if planted successfully could breach the blockage without bringing down the entire cavern upon them.
But Ensign Lopaki plots the death of the Rebels, and the other Imperials if they get in his was, seeing it as his duty.
They decide to continue exploring the city first, and Leia tries to remember where she recognises the hieroglyphics from, as the creature stalks them once more.

High Points : In the strange way that marvel considered this story as three separate parts, split over 3 issues each, we've reached the beginning of story number 3, and so there's a bunch of setting up of the story to do once again.
And the issue does that pretty darn well, with the setting of the ancient underground city being fairly evocative, and the group being hunted by a massive seemingly indestructible monster out to kill them. The design of the creature is interesting, and is definitely one that I've remembered over the years, as it was instantly familiar to me.

Low Points : This story has repeatedly managed to make the issues feel longer, but telling two distinct parts to each issue, but the two parts of this one are blink and you miss them short, so it really only feels it's 6 pages, and ends up being quite unsatisfying. The first part introduces the city, with a quite frankly beautiful 2 page spread image, and the second part is the short battle against the creature, which happens without any tactical planning or action beyond them firing and the roof collapsing.

So what do you really think ? : While an interesting start to this segment of the story, there's not much here to get your teeth into and the issue passes quickly without making you think too much, a disappointment after so many good issues in this tale so far.

Final Words : While the artwork is lovely, I hope this story picks up a little, and doesn't just rush towards it's end in the remaining two issues.
Oh, and I was right yesterday when I commented that "The Guardian of Forever" is something from Star Trek as well, the stone gateway that transports Kirk, Spock and Mccoy to meet Joan Collins, a little poor to reuse a name from the competition.