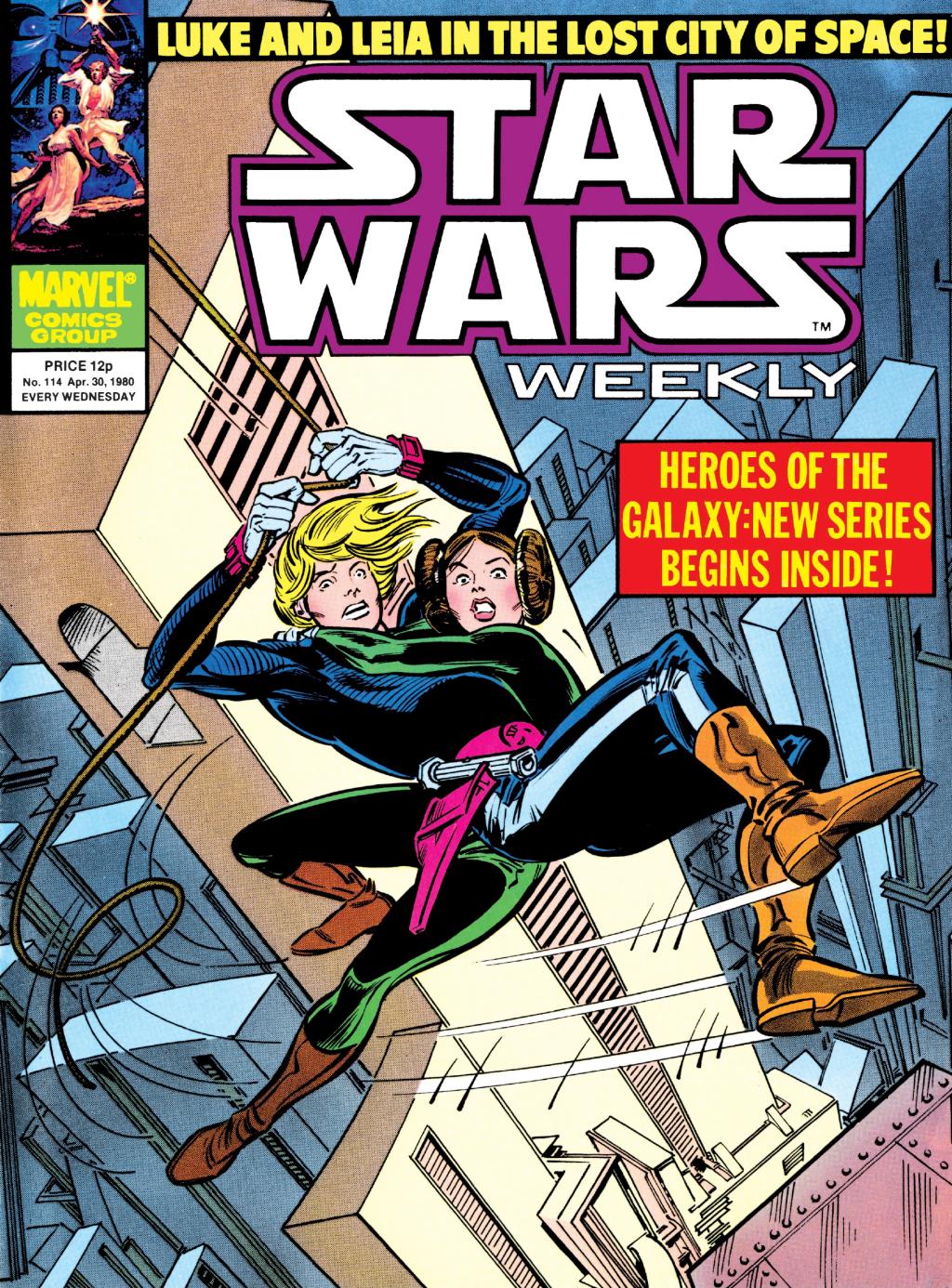 What is it ? :
Part 2: Betrayal
Having collapsed the entrance to the city, presumably burying the creature which has been hunting and killing their group, Luke, Leia and the Imperials split up to search the city, but unknown to them, the creature follows along the rooftops.
Luke ponders Ensign Lopaki, who seems to be working with them, but Luke remains how eager he was when the Rebels had been initially captured, realising that the officer is ambitious and potentially treacherous.
As he considers this point, he notices the creature jumping down at Leia, and with Jedi reflexes he leaps and grabs her out of the way, but the two of them fall from the high walkway they were on, and begin plummeting towards the city floor below. Luke throws a grappling hook, and swings the two of them to a rough landing on the ground where they are both knocked unconscious.
Major Grau and his remaining Sergeant are exploring and notice that Ensign Lopaki is missing, when they are also attacked by the Creature. The major throws and detonates some explosives, collapsing a 200 meter tall tower onto the creature, which emerges unharmed, so they run.
Leia awakens bruised but not broken, and spots more hieroglyphics, and finally realises what they say, so she hurriedly awakens Luke, and leads him off through the city.
Major Grau is only just managing to keep ahead of the creature which is chasing them, when he makes a wrong turn into a dead end, and the creature blocks the only exit closing on the two men.
Luke and Leia arrive in a control room, and Leia tells Luke that the hieroglyphics told her of this place, how it was built, and more importantly at the moment, how it works.
Major Grau his remaining soldier, prepare to die at the hands of this monster, but die like soldiers with their weapons in their hands, when the creature stops, and then disappears.
Leia tells Luke of how advanced the technology is here, far better than anything the Empire has to offer, but they are interrupted by Ensign Lopaki who has been following them, and arrests them as traitors against the Empire. As Leia points out Major Grau gave his word, and Lopaki tells them that Grau is a traitor as well, the door closes behind them, and Luke shouts out a warning to Lopaki . . .

High Points : I've complimented so many parts of this story as appearing longer than their mere 6 pages by swapping the story half way, but this issue swaps between Major Grau and Luke/Leia, and not only makes the story seem more substantial, but also manages to create some real tension. With the moment when the creature is about to kill Grau and his remaining man, and they prepare to face death, then suddenly disappears actually managing to be quite tense as the story cuts between them and Luke/Leia.

Low Points : Ensign Lopaki's sudden but inevitable betrayal has been well signposted for several issues now, but his timing is really bad. Trapped in the city with a monster that has killed everyone that faced it, and is seemingly immune to weapons fire, he decides to take Luke and Leia captive, and turn against the other Imperials.
The only way this makes any sense is if he thinks he can turn the technology of the city to his aid, but this really seems premature.

So what do you really think ? : Action packed and fast moving, this story really continues to impress, but we're getting close to the end, so we'll see how they rap everything up in just one more issue.

Final Words : Not a flaw in the story, but worth mentioning, I know that it's part of the story that the creature can change size, but I wish they'd mentioned it, or maybe had some confusion from the heroes as they wonder if they're facing a different younger member of the same species, as it towered over them on the bridge, but now is prowling after them and appears only just slightly taller than a man. Exposition would have been nice.