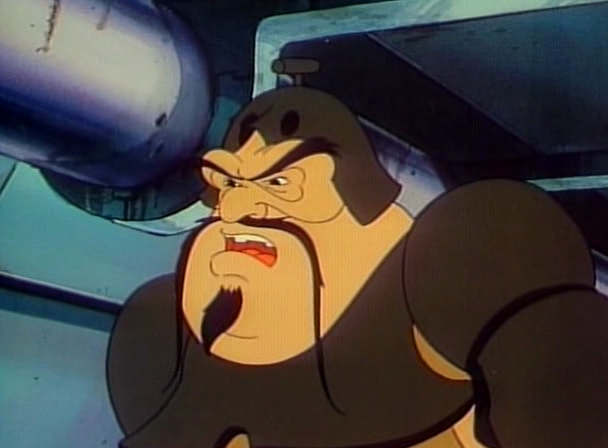 What is it ? : Jessica Meade and the droids, C-3PO and R2-D2 are on board a fuel tanker ship transporting fuel supplies to King Mon Julpa on Tammuz-an. Jann Tosh pilots an RZ-1 A-wing interceptor and escorts the freighter back towards the planet when they come under attack by Kybo Ren and his pirates, some of whom pilot stolen Tie Fighters.
They get disabled, and Kybo boards the ship after cutting a hole in their hull, and with Jessica at gunpoint Jann Tosh surrenders as well.
Kybo takes the two ships back to his base, hidden inside a rocky mountain island, Kybo attempts to put Tosh to death, making him walk a plank on a Skiff, so that a sea dwelling Miridon beast, R2-D2 and C-3PO jump in after him, and R2 uses water jets to outpace the monster and save Tosh, sneaking back into the base, luring the monster in with them to cause devastation. Meanwhile Ren attempts to romance Jessica, but she distracts him by getting him to catch a Seeker droid, and escapes using his bodyguards large size and slow reactions to slip away.
Ren manages to capture them all once more, and takes them to his ship, a stolen Gladiator class Star Destroyer, which since he knows that Tammuz-an is now so low on fuel after he stole their tanker, that they cannot even launch a single fighter against him, he is going to raid.
However, as he approaches they planet launches numerous fighters against him which engage his ship and it's Tie Fighters, and it is revealed that Jessica's shipment was only a distraction, allowing the real fuel delivery to be made without being raided by the pirates.
Aboard the Star Destroyer, R2-D2 and C-3PO have been put to work by the pirates, and R2-D2 sabotages a Proton torpedo launcher to damage the ship, and Jessica, Tosh and the Droids escape, as Kybo Rens forces make a hasty retreat.

High Points : There's a couple of decent ideas in this episode, so it's not as big a disaster as the last few. The plan to lure Kybo into raiding them, so that the second, real, transport can make delivery is a good one, although how do they know they need the fuel without being aware that Kybo has the Star Destroyer (especially as last time he was only in a small armed freighter).
And the reveal of the Gladiator Star Destroyer, and Kybo's forces having it and the Tie Fighters that were aboard when they stole it is solid, and the Gladiator is a damn fine looking Imperial ship, and the painted Tie's look cool as well.

Low Points : When Kybo boards their ship, I don't think the ship structure works. You see, during the battle C-3PO is working below decks, and climbs up a ladder into the bridge of the ship. But Kybo Ren's ship docks to the bottom of their ship, and cuts through the hull, emerging onto the bridge, even though we just saw that there was a large amount of ship structure in between the bottom of the ship and the bridge. We even see the hatch that C-3PO climbed out of in the same shot as we see Kybo and his men climbing out of the hole they just cut into the tanker.

Also, the entire plot about Tosh being fed to a sea monster is pointless, as well as Kybo's attempts to woo Jessica, and grapple a remote droid to prove himself.

So what do you really think ? : It's not a great episode, and the fact that C-3PO predictably falls over at least 3 times in the first 5 minutes is really grating on me. But I suppose it was a fairly harmless little action story, so not the worst either.

Final Words : Next episode is "The Revenge of Kybo Ren", and personally I've seen far too much of him already, but hopefully we get to see the Demolisher, Kybo Rens stolen Gladiator Class Star Destroyer again.