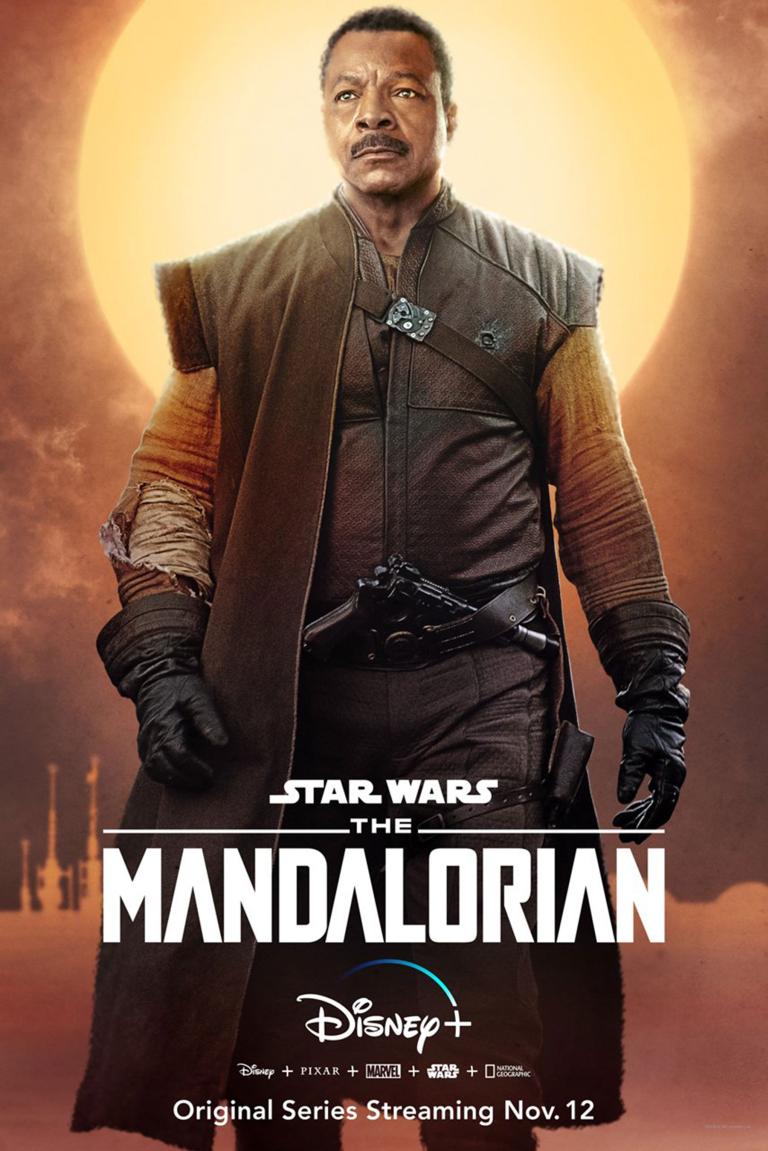 The Mandalorian: Chapter 3: The Sin

What is it ? : The Mandalorian arrives back at his homeworld, and is contacted and congratulated for his success by the head of the bounty hunters guild, Greef Karga, who tells him the client is waiting for delivery.
He takes the child to the Imperial client, who pays him in a large container of Beskar, but as the child is taken away it cries out, causing the Mandalorian to ask what their intentions are, but the Imperial points out that the contract is over and according to the rules of the guild should be forgotten.
He takes the Beskar back to the Mandalorian hive, and gets their armourer to make him new armour, although he is challenged by another Mandalorian who questions the fact that the Beskar is from the Empires foundries, the very people who destroyed the Mandalorians.
As the armour is being forged, the Mandalorian has a flash back to the fall of Mandalore, and he remembers his parents hiding him, and a Super Battle Droid finding him.
Later, the Mandalorian heads back to the bounty hunters guild where he draws the attention of all the other bounty hunters, not only because of his shiny new armour, but also because it turns out that they were ALL contracted to find the child. But Greef Karga tells him not to worry, that they are jealous, and that Greef is pleased with him, and shows a stack of Beskar he himself had received.
He chooses a new target, a Mon Calamari prince who is being hunted and leaves to collect that bounty, but as he powers his ship up, he thinks of the child and decides to check up on it.
Approaching the Imperial compound, he spies on the Imperial dignitary who hired him, and the scientist who took the child away, and overhears orders being issued to collect samples and dispose of the child as soon as possible, so he plants explosives and breaches the compound.
He fights his was through Stormtroopers to get to the child, which surprisingly the scientist hurls himself in front of to defend, claiming it is only an innocent child, so the Mandalorian spares him and takes the child, using the weapons on his armour to defeat more Stormtroopers who try to stop him.
As he heads for his ship, the tracking beacons that all of the other Bounty Hunters were given to track the child become active again, and he finds himself surrounded, and begins a firefight with them.
Although he manages well, he is greatly outnumbers, but the other Mandalorians arrive via their jetpacks, and slaughter the bounty hunters, allowing the Mandalorian to escape to his ship, warning them that they'll need to relocate the hive.
As he boards his ship, Greef Karga is waiting for him, and the Mandalorian has to gun him down, although it is shown he has survived, as the Beskar he was carrying took the hit saving his life.
The Mandalorian launches his ship, and is saluted by the other Mandalorian he was challenged by earlier escorting his ship using his Jetpack, and he comments that he needs to get himself one of those.

High Points : Another absolutely cracking episode, which although it feels a little slower, does do a lot of heavy lifting in worldbuilding and setting up the mysteries of the show (if it was the Empire that crushed the Mandalorians, then why does the main character remember being attacked by Super Battle Droids?, and why was the presumably Imperial scientist so protective of the child?).

The two action scenes, when he penetrates the Imperial compound, and then battles the bounty hunters, are absolutely brilliant, but the star moment of the show is when the other Mandalorians turn up to help. The bounty hunters, who seem to be mainly just men with guns, are totally overwhelmed by the Mandalorians equipped with military grade weapons and armour, and using jetpacks for added maneuverability.

Low Points : There's really not much to criticise here, the episode as I stated is slightly slower moving, but we get lots of world building going on, even a discussion of the possibility of reporting the Imperials to the New Republic in the core systems, which really helps give us some more idea of the state of the galaxy.

I'm enjoying them, but the signature of this series seems to be having a manufacturing montage in each and every episode so far, hopefully they'll give this up before it gets boring.

They've introduced the Idea that the Mandalorians don't remove their helmets, and that to do so, or have it forcefully removed would be dishonourable. But even if we consider that Jango wasn't a Mandalorian (although we haven't been told that on screen at all, so it just remains a theory) so his encounter while out of armour with Obi Wan Kenobi during Attack of the Clones doesn't count. What about Sabine Wren, Duchess Satine, etc and the other Mandalorians seen in Clone Wars and Rebels, all of whom had no problem removing their helmets.

So what do you really think ? : Again I really enjoyed it, but I would say this is slightly worse than the previous two episodes, but it's still so good that it's really only in comparison to the other episodes can it been deemed to be worse.
The story also is very well constructed, with the face off against the bounty hunters being perfectly set up earlier when the Mandalorian is informed they were all hired to get the child, then showing their bounty tags reactivating as he tries to escape with the child. There's no unexplainable events going on here, it's all explained, but doesn't feel like you're being spoon fed.

Final Words : Well, another week to wait until the next episode, and it's going to be one directed by Bryce Dallas Howard, the daughter of Ron Howard who directed Solo: A Star Wars Story, which is a pretty good sign, especially with the calm hands of Dave Filoni and Jon Favreau overseeing the series.