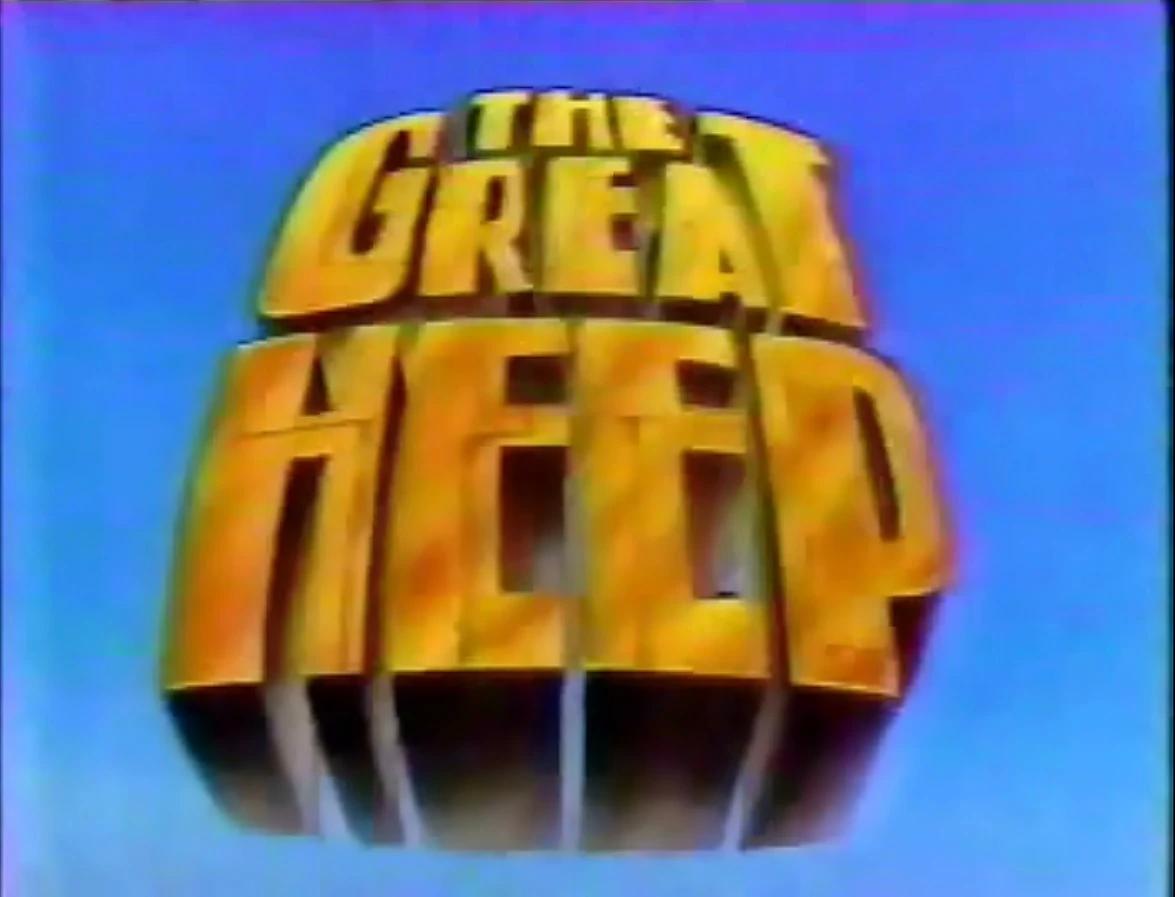 What is it ? : Set before the block of episodes featuring him, Mungo Baobob is on the world of Biitu, living among the settlers there in an idyllic rural settling. When one of the children brings him a rock, which turns out to be a valuable mineral, however just then a massive starship arrives over head.
Meanwhile, C-3PO and R2-D2 are on their way to their new master, Mungo Baobob, when after a couple of falls, their ship comes under attack by scavenger droids who capture the two and take them to Biitu, which is now a dry desert. The two are introduced to The Great Heep, a massive imperial mining droid which has been sent to extract the mineral, and which has erected moisture eaters, which protect the mining droids from rain, and provide water to cool the massive droid, but also has turned the planet into a desert.
R2-D2 is taken to The Great Heeps droid harem, where he and other Astromechs are cared for and given oil baths, where he meets a female astromech, KT-10, who he hits it off with. C-3PO is put to work among the mining droids, where he witnesses that The Great Heep powers himself by draining all the power from Astromechs.
C-3PO also discovers that Mungo is a prisoner, and he encounters the child that gave Mungo the mineral, and works with him to free Mungo. The three prepare to steal a ship, but realise they'll need an Astromech to help fly it, so break in to rescue R2-D2, but he already breaks himself out, when KT-10 is the next droid taken to feed The Great Heep.
Mungo pretends to be a droid to distract the Stormtroopers guarding the ship, while R2 steals it, and Mungo is rescued by the other Astromechs on the rampage after their friend was taken.
As R2 performs strafing runs in the stolen ship, The Great Heep activates two bodyguard droids, who transform themselves into a speeder bike and turret, but unfortunately crash into a wall, smashing themselves into smaller droids which run away.
The Great Heep then uses his massive size to throw something at the ship, causing it massive damage, and the ship crashes into the moisture eater, exploding.
Mungo pulls an enraged C-3PO from futilely attacking The Great Heep, as the skies open with a storm, which causes the massive droid to rust, and his systems short out and he ceases to function.
They mourn R2-D2, only to discover that he used a parachute to escape the ship at the last second, and he and the rest of the Astromechs share some of their power to reactivate KT-10, as the planet begins to recover from the artificial drought, and Mungo calls on his ship to come on down since everything is now safe.

High Points : I actually really liked the range of Astromechs we got to see in this episode, not only R series droids of various designs, but also spherical variants like the KT series, and others. And all of the designs were reasonable, as I could easily imagine them all taking up the droid slot on a Starfighter and proving to be quite useful.

I also really loved the design of the Omega class freighter that R2 steals in this episode, looking like the cockpit of a Lambda or Sentinel shuttle bolted onto the body of an AT-AT walker, it seems a sensible use of various Imperial designs to create something new. A kind of kitbash, but in animated format.

Low Points : So, there's a couple of points I really want to bring up, firstly, The Great Heep himself, a massive mining droid which the Empire puts in control to mine this planet, although we never see him doing any mining. And he's a droid which breaks down in the rain, something we've never seen a droid in Star Wars do before, which seems a little bit of a design flaw.
But the main point that I'd like to bring up about him is that he powers himself by draining Astromechs?
Why only Astromechs? Why doesn't he get power however the Astromechs do? And why is the draining socket in his mouth?
No other droids need to "eat" each other to keep functioning. And why can't the drained Astromechs just be recharged like KT-10 does at the end of the episode? This makes no sense whatsoever.

Also the Droid Harem? Firstly all the droids in it seem fine until KT-10 is taken, but she's not even the first we see taken in this episode. Why are all the Astromechs fine about it up until then, but then hold a riot after she's taken, is she a particularly popular droid (which given the speed she takes a bath with R2, may very well be true)?
But why does The Great Heep have the Astromechs treated in luxury anyway? Do they taste better? Why not just put them to work, and snack on them as needed? I just don't get why they need to luxuriate in oil baths, reading copies of "Play Droid"? (Yes, we see one Droid reading a magazine called "Play Droid", presumably a Droid version of Play Boy magazine, featuring pornography for droids (along with some articles on speeders)).

So what do you really think ? : This really isn't a great animate movie, it was released some six months after the series, and why they really felt the need to explain how the Droids met Mungo Baobob, I'm not entirely sure.
I do know that it was the worst rated show that week, and the lowest rated television special of that season, so it wasn't well received at all.

Final Words : I've definitely skipped over the storyline above, totally missing Admiral Screeds involvement, which is totally extraneous to the plot, and various other points which didn't add anything.

And that's it for my reviews of Droids, and thankfully it didn't take long, because to be frank they're rubbish.