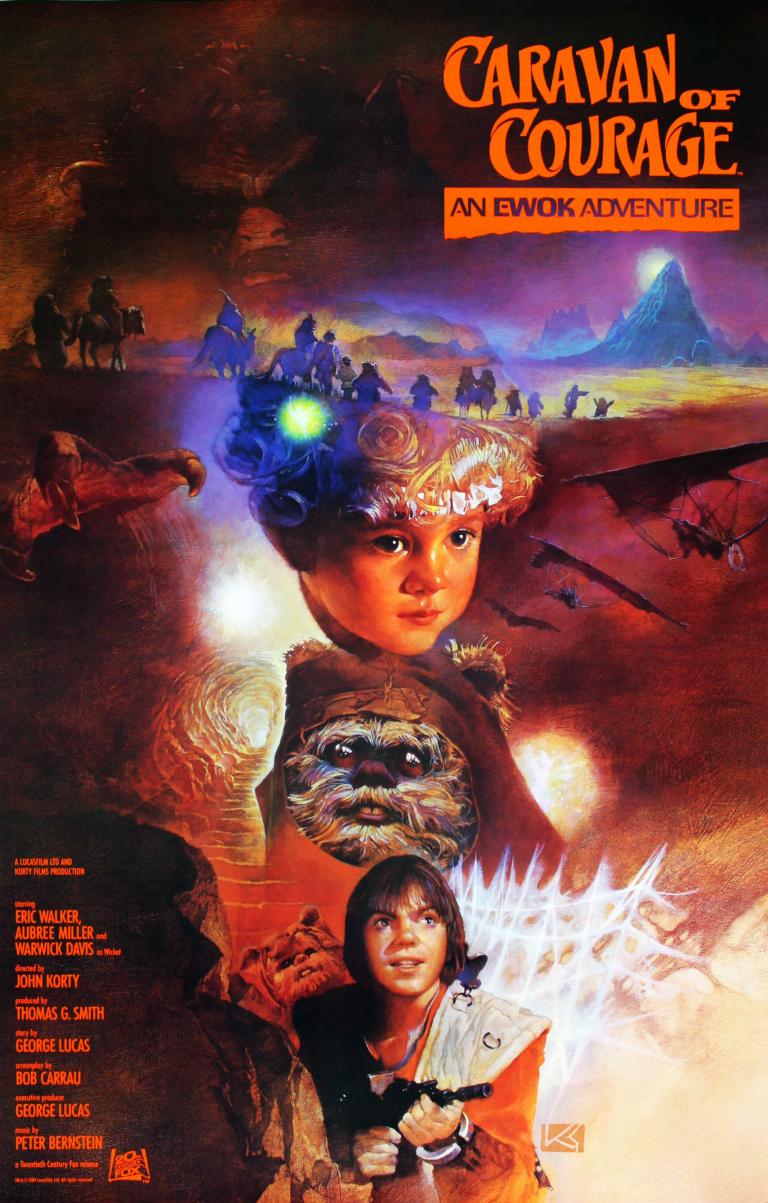 Caravan of Courage: An Ewok Adventure

High Points : Okay so last year I watched the Battle for Endor, and found that while it wasn't good it wasn't an absolute disaster, well . . . . Welcome to the disaster.

Literally the only good thing I can say about this movie is that some, and just some of the visual effects are quite well done. The Ewoks are still in their tree top village (rather than relocating to a more conventional village in the Battle for Endor), and it looks quite pretty. And the rat creature is a rather decently performed puppet (even if the design is hideously bad).
But that's all the good I can say.

Low Points : Oh, god the acting. While child actors are notoriously bad, and Cindel is famed for being terrible, I must bring attention to Mace, who is equally awful. But beyond that the Ewok costumes seem to have been left in a closet since Return of the Jedi are rotted slightly. Out of all the Ewoks, only Lograys face moves at all, all of the rest don't move their mouths when they talk, and most of them have the most horrendous dead eyes which must have terrified the poor girl playing Cindel. I'm not surprised she didn't go into acting, they must still haunt her dreams.

Much of the movie consists of watching sleeping Ewoks, or watching dead eyed and still faced Ewoks muttering incomprehensibly.
I think they were trying for "charming" with this movie, but by heck they missed the mark.

It's slow, poorly acted, poorly scripted and doesn't look good, a failure on almost every level that a movie can fail at.

So what do you really think ? : The high point of this movie for me was when they capture Mace at the beginning, and take him tied to some wooden poles back to their village. All I could think of was the scenes from Return of the Jedi where they did the same to Luke, Chewie and Han.
But in Return of the Jedi the Ewoks planned on killing, cooking and eating the heroes, something I wished was even a possibility in this movie. As then there would actually be some kind of tension as to how Cindel would convince the Ewoks to not consume her brother. But unfortunately there was no such luck and the Ewoks just set Mace free, even though he'd just been threatening them with a blaster.

Final Words : This was terrible, and very, very dull.
Well at least that's the two Ewok movies done . . . but perhaps next year I'll have to start doing the Ewoks animated series, or maybe I'll just stab myself in the eyes instead.