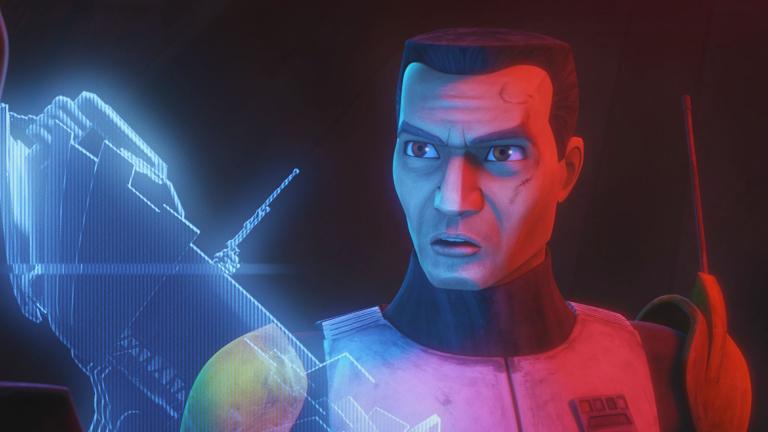 What is it ? : So, basically this is the finished version of Star Wars: The Clone Wars: Unfinished Episode 5: The Bad Batch with only a few minor changes (like the addition of a scene where Rex and Cody have a private conversation in the barracks), so there's no point in going through it all again.
It's the episode where the Clones are being defeated by the Separatists because their battle plans are being predicted, so Rex and Cody bring in Clone Force 99, The Bad Batch, a group of mutated Clones with advantageous mutations.
After penetrating a Separatist Cyber Centre, they discover that "Echo" a clone trooper believed dead has been captured and is the source of the clones battle plans.

Low Points : They haven't toned down the superherolike abilities of the Bad Batch, which I kind of hoped they were going to, with Wrecker lifting a LAAT/i, and Hunter capable of detecting anyone, anywhere on a planet, they're more X-Men than just mutated Clones.

Also they've not managed to make the Bad Batch any less responsible for any bad attitude they get off other clones, with Wrecker physically assaulting a normal Clone Trooper, and Crosshair challenging Rex. The idea that they're looked down upon for their mutations is ridiculous compared to them being looked down upon by other clones for their behaviour.

So what do you really think ? : I liked this episode before, and I still liked it this time. The assault on the Separatist Outpost is great, and really feels like an operation behind enemy lines, and I've marked the episode up by half a point due to the much nicer CGI now, which really does look wonderful.

Final Words : So Clone Wars is back, but we've got these 4 unfinished episodes to go through first, which is a little disappointing because I really want to see the new stuff, but won't for another month. Oh well, it looks great and it's been tweaked a tiny bit, so I should just sit back and enjoy that we're getting some great episodes of Clone Wars.