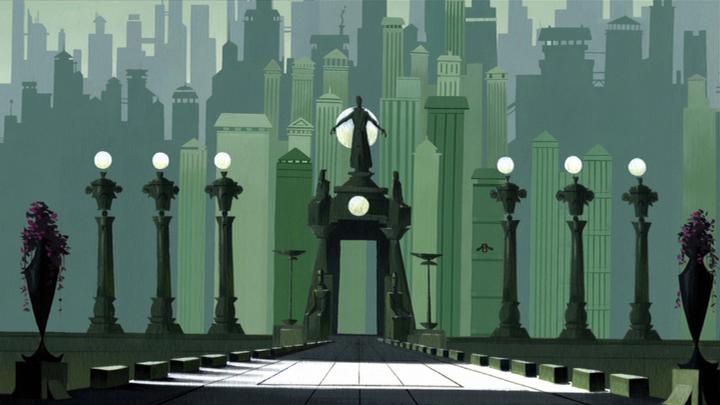 What is it ? : Following on from the previous episode, on board his Acclamator Class Transport, Obi-Wan Kenobi briefs his Clone Troopers about the oncoming assault on Muunilinst. He then heads down to the launch bays to speak to Anakin, who asks why the Jedi don't trust his skills as he's the most talented pilot in the Republic. But Obi-Wan says his skills are not in doubt, just his experience and ability to follow orders. Wishing him "May the Force be with you", before leaving Anakin to finish working on his ship.
The Acclamators come out of Hyperspace above the planet, and immediately come under attack by the defence platforms and hordes of Droid Starfighters. Anakin leads the Republic forces on the attack, while thousands of LAAT/i's carry Kenobi and his force of Clone Troopers down to the surface. As they charge into combat, Kenobi gives the order for a team of Arc Troopers to assault the Banking Guild Headquarters, but they are shot down by a Battle Droid with a missile launcher crashing into the city streets.
As they climb out of the wreckage, we can see the scope of a weapon being aimed at the head of the lead Arc Trooper. . .

High Points : Something this Clone Wars series manages which we've not seen in any other incarnation of Star Wars is the mass battles. We've seen smaller sized battles, but in this short episode we see thousands of fighters clashing, and the scale of the invasion actually seems believable on a planetary scale. Because we usually just see a few thousand soldiers, and expect that few to actually manage to seize control of an entire planet, but this time it actually looks like they're bringing a massive army capable of this task.

And the design for Muunilinst is lovely, I've read they based it on the Classical Greek designs on United States currency, even down to the greenish hue, and I think they've got it very much right, especially for the Banking clan homeworld.

Low Points : Again the episode is remarkably short, which is something I'm going to have to get over, but there's really only a couple of scenes here, and we're not getting any real dialogue or characterisation. Which is sadly leading to Anakin being so over the top in his personality, that I can't believe he wasn't on some Jedi watch list for Dark Side activities.

So what do you really think ? : It's fun, but short, I possibly should have watched the entire season as one episode, as it would only have been around half an hour long.

Final Words : From reading ahead, I think the episodes that I remember best are actually in the second season, so this first season may be a bit of a slog, but I'm positive there's some good stuff in here somewhere.