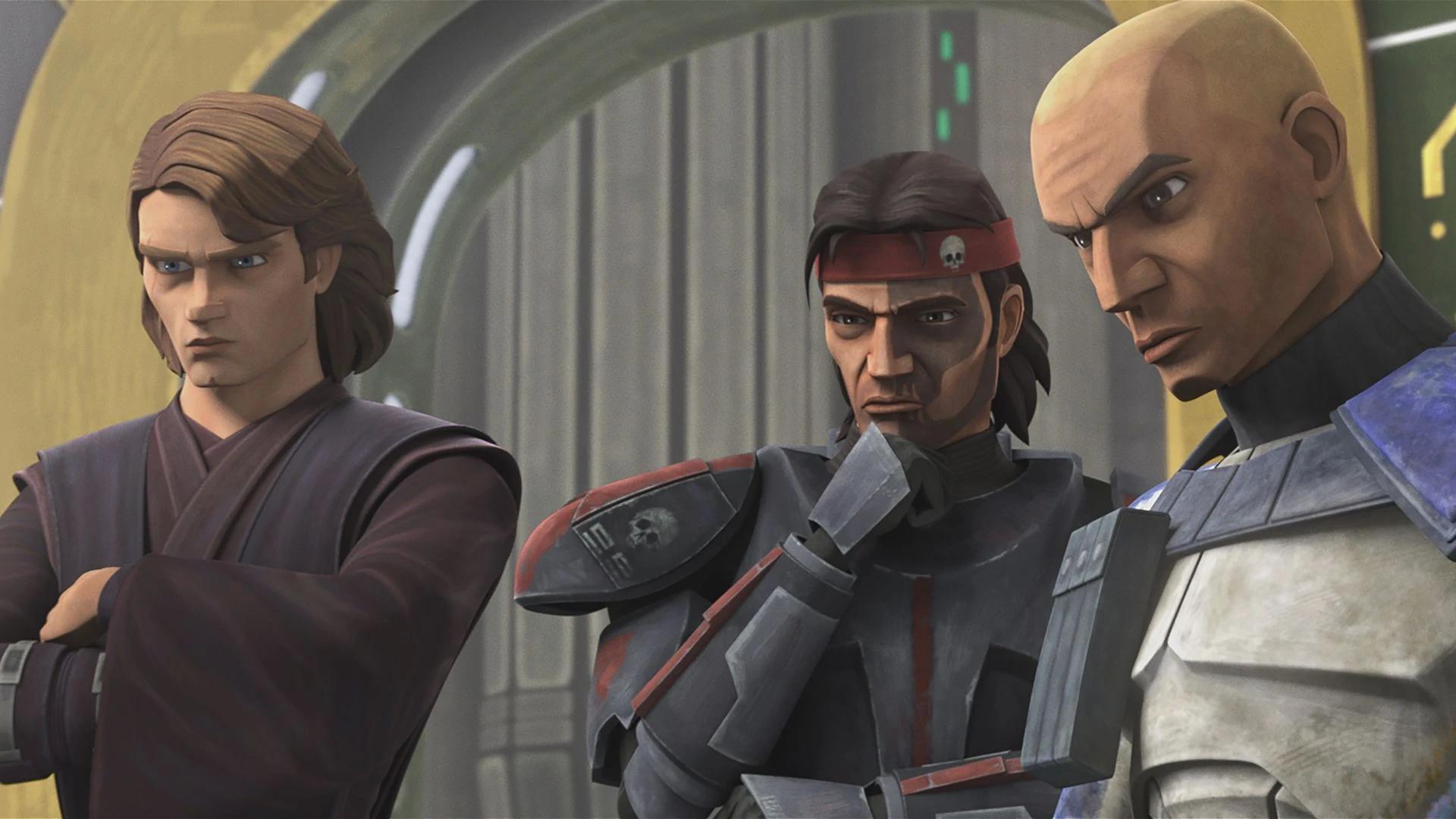 What is it ? : So this is the completed version of Unfinished Episode 8: Unfinished Business, and seemingly the last of the Unfinished Episodes to be completed, before we move onto some actually new episodes.
Again it sticks closely to the original, with Anakin, Rex and Echo leading the Bad Batch in an attack on the Seperatist Command ship, where they'll sneak aboard and fake Echo's signals as still being on Skako and feeding Admiral Trench bad information.
They use the false information to lure all of the Battle Droids into one location where they can be shut down with an Electromagnetic pulse. When this occurs Trench orders a bomb set off which will destroy Anaxes, and Echo has to get the code from the system, but fails to get the last digit of the code before he himself is shocked by feedback from the system. So Anakin attacks and intimidates Trench so that Mace Windu can shut the bomb down.
However the ending of the episode actually is quite different to the original, with the Bad Batch showing no interest in the awards they are offered, and leaving without receiving any positive reception from the rest of the clones. Also Hunter points out to Echo that he himself is now not a normal Clone and probably won't ever be completely accepted again, so offers him a place in the Bad Batch, which after confirmation from Rex, he accepts.

High Points : It remains a solid and action packed episode, with that amazing speech from Mace Windu . . .
"My name is General Mace Windu of the Jedi Order
At this point in the Clone War I have dismantled or destroyed over 100,000 of you type 1 battle droids.
I am giving you an opportunity to peacefully lay down your weapons.
So that you may be reprogrammed to serve a better purpose than spreading the mindless violence and chaos you have inflicted on the galaxy."

Low Points : Sadly they never fixed the Wrecker / Crosshair relationship problems from the unfinished episodes, and it remains annoyingly childish. Especially Wrecker who's offered the chance to blow things up like he's a kid being offered sweeties.
If he's so motivated by blowing things up, I can't but help think that one day his need to blow something up will kill one of his comrades.

So what do you really think ? : Although it's been nearly 2 years since I watched the unfinished episode, I can't help but feel I enjoying it more this time, although reading back through my review from then, it seems like I quite enjoyed it back then too.
And I definitely approve of the changes to the end, and I've heard that they originally planned for Echo to join the Bad Batch. But it was going to be later during one of their later appearances which were part of the plan for that version of the season. So I can see why now we've got a shorter version of the season, that they've brought this forwards into this episode.

Final Words : I can't help but wonder if rather than just being a better tale, if there's any long term reason why they've made sure Echo has joined the Bad Batch. And it makes me ponder whether the Bad Batch will return to help Rex and Ahsoka during Order 66 when it is issued later this season.
Oh well, we'll see soon enough, as next week we join Ahsoka's tale once again, on Coruscant, and honestly I can't wait.