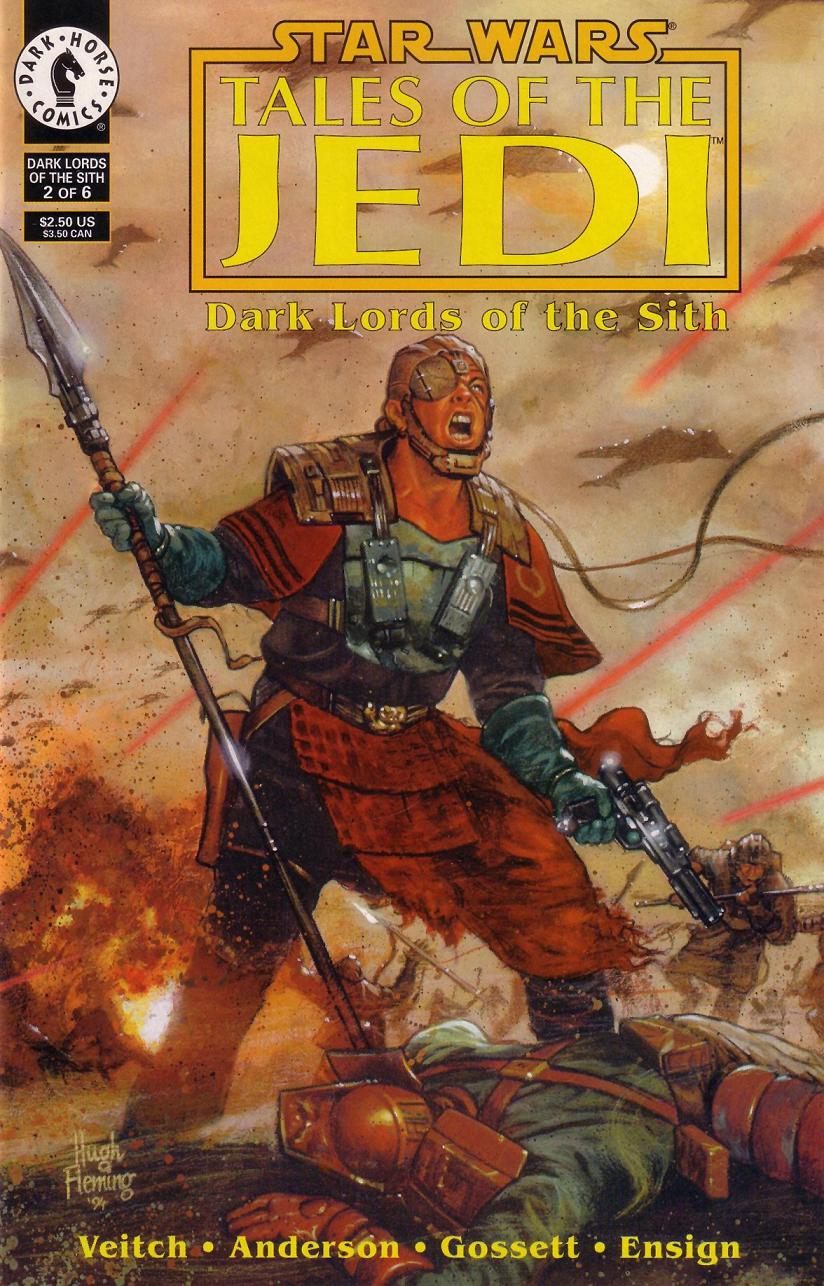 Dark Lords of the Sith 2: The Quest for the Sith

What is it ? : Tott Doneeta and Cay Quel-Droma are awaiting the arrival of a Jedi Archeologist at their new Jedi Outpost on Onderon, which is actually being built within the wreckage of the vessel that originally brought Freedon Nadd to the world. They have been told by Arca Jeth to tell the Archeologist little, and when he arrives it is Exar Kun, who demands to see the artefacts they have found from Freedon Nadd, Queen Amanoa and King Ommin. However Arca Jeth arrives on a massive beast he has tamed, and refuses Kun, telling him that the Force has already informed him of Kun's purpose and unhealthy interest in Sith Artefacts, which has already led him into lying about being a Jedi Archeologist.
Kun departs for Iziz to continue his investigations without the help of the other Jedi.
Meanwhile in the Empress Teta system, the Brother and Sister of Satal and Aleema have captured most of the system, with only Koros Major still resisting, so they move a massive ancient battle station into orbit and begin the invasion, with Aleema using dark side illusions against the defenders. Ulic Quel-Droma and Nomi Sunrider arrive at the head of a Republic fleet to restore order to the system, but Aleema turns her illusions against the Republic fleet leading it to believe it is under attack by Space Grazers, although Nomi detects the truth of their illusory nature.
Exar Kun searches the streets of Iziz and encounters two members of the Naddist cult preaching in the streets where they begin being stoned. Kun defends the pair and speaks with them, and they agree to lead him to Freedon Nadd's crypt on Dxun.
Heading there in his ship, he uses his lightsabers to cut through the nearly impenetrable surface of the Mandalorian Iron used to construct the crypt and fight off the creatures of Dxun which provide part of the crypts defenses.
Inside the Crypt the spirit of Freedon Nadd appears and guides Kun to some scrolls, telling the young Jedi that the scrolls with guide him to the home of the Sith and that Nadd will speak to him again there.
As he leaves, the two Naddists attempt to rob him of the scrolls, and he angrily strikes them down, surprised at how easily anger came to him, and he leaves to study the scrolls.
Above Koros Major, the Republic fleet ignores the Space Grazers on Nomi Sunriders instruction, so Aleema switches instead to creating an illusion of Chaos Starfighters. And again the fleet ignores them on Nomi's instruction, however this time the illusion is disguising a large number of actual Chaos Starfighters, which now cause massive damage to the fleet, and with Ulic wounded from falling wreckage, the Republic fleet retreats from Koros Major with Nomi blaming herself for falling for the trick.
Aboard his ship, Exar Kun translates the scrolls, which lead him on towards the Sith tomb world of Korriban. . .

High Points : The story moves on nicely, with Satal and Aleema being intelligent opponents for the Jedi, and their trick of hiding a fleet of starfighters within an illusion of the very same starfighters, with their opponent believes is just an illusion, is a brilliant one which causes Nomi, Ulic and the Republic to ignore their attack until it is too late.

I also appreciate the trap that Freedon Nadd is laying for Exar Kun, causing him to lash out in anger and further and further down the path to the Dark Side, Exar's fall is being detailed, rather than just happening.

Low Points : I considered putting this in as a strength of the issue, but it feels to me as if the Jedi masters are being a bit dumb in their handling of Exar Kun, so I'm putting it here instead. When Kun arrives on Onderon, Arca Jeth has detected his lies, and instead of guiding this Jedi back towards the light, he simply calls him out as a liar in front of other Jedi.
It seems to me that Exar Kun's fall to the Dark Side is entirely avoidable, and their chosen method of scolding him will just irritate his proud nature and drive him further towards the Dark Side.

So what do you really think ? : Another excellent issue, and the story is unfolding well, with both the Krath storyline and Exar Kun's driving the narrative forwards with equal amounts of interest.
I especially like how in all of these Tales of the Jedi stories, the antagonists of the story, Exar Kun and Naga Sadow before him are written as being intelligent, with understandable motivations. These are no cackling villains, but instead Sadow simply was seizing an opportunity for his empire, and Kun strives for knowledge forbidden or not, since he excels in his lessons, but feels restricted and held back by the limitations the masters put upon him.

Final Words : I'm struggling to seperate my knowledge of what comes next from how the story is unfolding. I can see signposts of what is to come, as elements important to the full story are introduced, but I have to admit that when I spot these elements it's because of my half remembered decade old memories or not.
Either way, the fact that these elements are building the story is skillful storytelling which I can only commend the authors for.