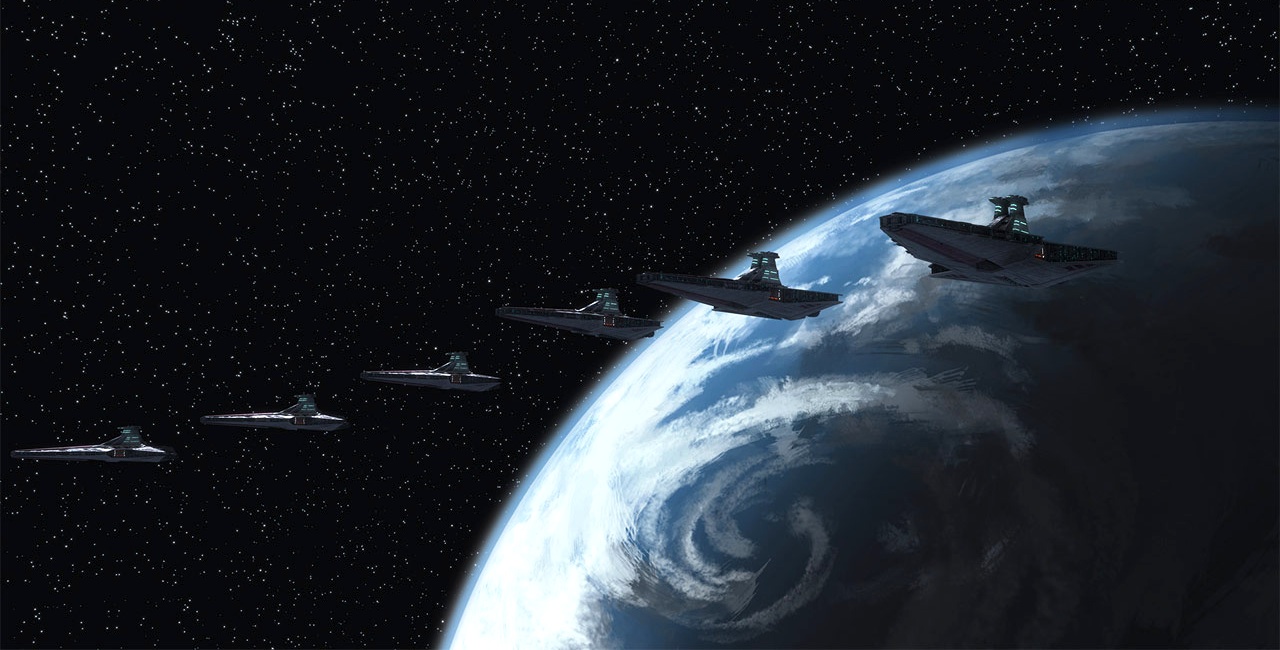 What is it ? : Following on many months/years later from the last episode, the remaining members of Domino Squad return to Kamino to help in it's defence in a predicted Separatist attack.
They meet up with 99, the Clone Janitor, and see some younger clones, who remind them of themselves (not the only comment in this episode from a clone saying someone reminds them of himself, wonder if it was supposed to be a joke or an honest piece of character development?).
The Separatist attack occurs, and the enemy manage to get forces down to the planet aboard pieces of debris blown free of their vessels. This force teams up with Droid forces already on the planet, and they manage to land more forces. The attack is entirely a diversion, so Asajj Ventress can steal a sample of Jango Fett DNA from the clone vaults, and General Grievous and Ventress introduce some pointless sexual tension between the two, before Anakin secures the DNA and Ventress flees.
Obi-Wan and Grievous fight, and Grievous flees, as he has done so often, while Obi-Wan gets rescued by an Aiwha he befriended earlier in the episode while investigating the debris.
The members of Domino squad, team up with Captain Rex, 99 and the cadets they encountered earlier, and prove key in turning the assault, and are promoted to ARC troopers for their role, sadly the Clone Janitor is killed in the battle.

High Points : The episode gets off to an amazing start, with an awesome space battle, however this is all just to introduce the debris falling planetward, which is the medium used to get Droid forces to the planet.

But even before that, we are shown an Acclamator cruiser docking at Kamino, in one of the most breathtaking scenes we've been shown. Acclamators are one of the smaller capital ships we're regularly shown, but seeing it's true scale maneuvering close to the Kaminoan city, is truly amazing (and for a brief moment I thought it was going to crash, such is the size and momentum given to the vessel, it truly feels massive).

The Clones, as always are very well done, but this isn't a Clone Trooper episode, no matter how hard it tries to pretend it is. This is a Obi-Wan fights Grievous, Anakin fights Asajj Ventress episode, an we've seen it before, and we know fine well the bad guys are just going to run away.

Low Points : As mentioned above, the episode focuses on Grievous and Ventress, and the power struggle between them, because he's a General, and she's only an Assassin. This is pretty pointless, and the ending is all to apparent from the start, because we've seen this so often before.


So what do you really think ? : Perhaps this wouldn't be so bad if there was actually a point to this, but we're never told why the DNA is worth so much to the Separatists that they're prepared to sacrifice this massive attack against a key Republic system. Why can't they just salvage some DNA from one of the many Clone Troopers lying around the battlefields, likewise, is losing it important to the Republic, couldn't they just Clone the Clones they've already got?
We're never told, and therefore the plots success or failure has no weight or importance, it's just what those wacky Separatists are up to this time.

Final Words : We're into the third season of Clone Wars, and sadly I still don't think the writers understand the strengths of what they've got. They're sadly working under the delusion that Grievous, Dooku, Obi-Wan and Anakin are strengths. However, we know what happens to all of these characters, so there's no threat or danger here. And focusing on these characters means they sadly ignore more interesting characters such as Ahsoka, Asajj Ventress and the Clone Troopers, people who we don't know the destinies of, and therefore may very possibly die in any particular episode.
These are supposed to be the stories of the Clone Wars, and sadly people die in Wars, but there's often no danger in these stories at all.