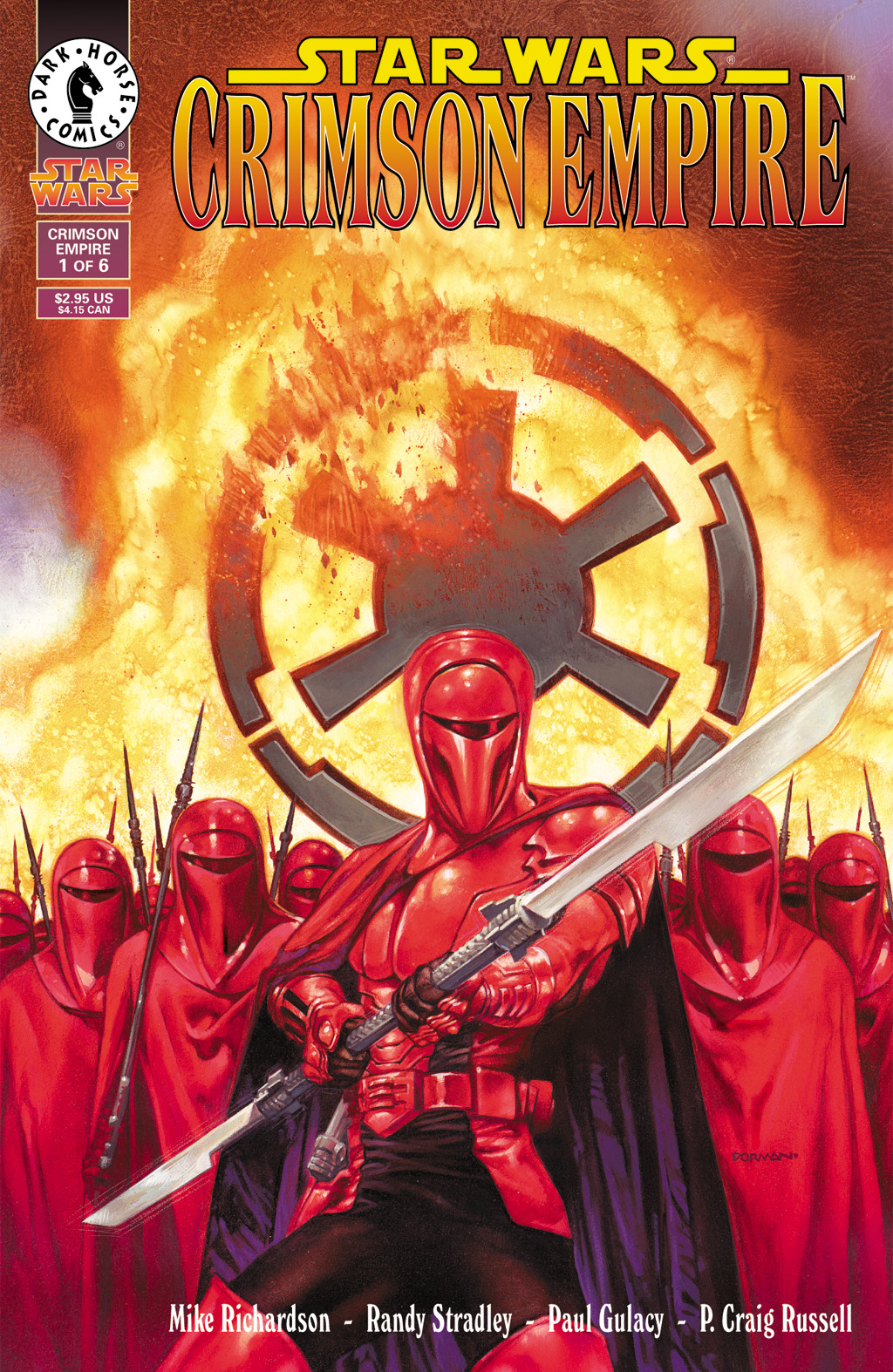 What is it ? : We begin with text telling us of the galactic situation, the last Clone of Emperor Palpatine has fallen at Luke Skywalkers hand, and the Empire is in turmoil as the ruling council itself is fragmented. However one man, Carnor Jax holds the power, by holding the secrets on the other council members, and he plans to position himself as a new Dark Lord. However one other person knows the secrets, and is biding his time awaiting the chance to destroy them all.....
We then move to Zaddja, where Imperial Transports report in to their command ship that some of them made it through the asteroids intact, and are then ordered to carry out the attack, and on the surface they approach a shack with orders to capture if possible, but not to allow their target to escape.
All of which is for naught, when the shack explodes, killing most of their number and they report back that it was a trap.
We then move to Phaeda, an Imperial world of little importance, and which is often used for smuggling due to its obscurity. A transport lands and is met by customs, and the robed occupant bribes the customs officer, claiming to just be a travelling merchant, slipping into a cantina where a group of Imperial officers loudly discuss the galactic situation, commenting on the Rebel capture of the Super Star Destroyer Lusankya, and how Carnor Jax deals with traitors. One of them notices the cloaked figure listening nearby, and demands to know why he is listening in, and is asked to leave him alone, as he says he is no threat to their group.
The Officer pulls his blaster, threatening to teach the figure a lesson, but the figure pulls a Force Pike, and it's blades snap out and he skillfully dispatches all of the officers, and then the Stormtroopers who charge in to deal with the fighting.
As he exits the Cantina, a man approaches him and offers to show him a way to safety.
Elsewhere an Imperial Star Destroyer floats in space, and on the Bridge a throned figure is told that General Wessel is here to see him. We see the throned figure is wearing customised black and red Royal Guardsman's armour, and he asks the General if he is reporting they have dealt with Kir Kanos, and the General reports the events on Zaddja, and the armoured figure responds that they should tear the galaxy apart sector by sector to find him, as his continued existence puts the Empire itself at jeopardy.
He recounts past events to the General, telling him how the now ruling council manipulated events, bribing the Emperors personal physician to sabotage Palpatine's clones, knowing that would drive the weakened Emperor to use one of the Skywalkers as a new body, and that would lead to his death, but the Physician was captured by Skywalker and told this to him. One of the Royal Guardmen who accompanied Palpatine overheard this interrogation and managed to make it back to the other guardmen on Yinchorr and report the councils traitorous actions.
The General responds that at least they managed to deal with that situation, but the armoured figure questions whether they have, and orders the General to go and to not fail him again. . . .

High Points : Okay, it's a lot of exposition, which if that's it I'll be okay with, and the story itself does seem quite interesting, although to me does seem to come out of nowhere.
Now, I'm not the biggest reader of the Expanded Universe, having read the Thrawn novels when they were published, Dark Empire, and the Knights of the Old Republic stuff, but not much more.
So I'm aware of the existence of the Lusankya and it's capture, even if I've not read the books it takes place in (the Rogue Squadron novels I believe), and the storyline with the Cloned Emperor's takes place in Dark Empire, so I'm familiar with that. But everything about the ruling council I have no knowledge of, and it sounds great, with them plotting to take Palpatine down to recover the power they'd gained while he was gone. It sounds totally believable.
However, the way it just is being recounted in this issue, makes me worry that it's just all being set up to be used in this story, so instead of some wonderful long term plans, it'll just turn out to be a conspiracy mcguffin for the protagonist to defeat in this story and then be forgotten about.

Low Points : There's so much exposition, even after the info dump in the scroll at the start, which is kind of expected in a Star Wars story, we get the Imperial officers telling each other events they should be aware of, and worse yet, the armoured figure telling General Wessel things they both know. Something which is made abundantly clear by the fact that most of his lines of dialogue for several pages begin with "we", we did this, we planned that, and so on.
It feels clumsy and obvious.

Another thing which annoys me is the fact that the two main characters are yet to be identified, and while I assume the robed figure is Kir Kanos, and armoured figure is Carnor Jax, I could be wrong, and therefore in the writeup above I've had to be very careful to not name them as I've made that mistake before. Would it have been so very difficult for the writers to have given a clear indication of the characters identities among all of the exposition?

So what do you really think ? : It's the first issue, so there's a lot being set up, and what's being set up is interesting. So while it's heavy on exposition, it keeps the interest as we're finding out a bunch. However, it hopefully gets over this by the next issue, as it's going to get boring quickly.

Final Words : Having never read Crimson Empire before, I was surprised by it's connections to Dark Empire, as I had thought that it was set immediately after Endor and didn't involve too much Expanded Universe stuff. And now I'm suddenly wondering if I should have reviewed Dark Empire before this to make sense of the story, whereas my current plan is to move onto the Dark Empire series after finishing this one as although there was a Dark Empire sourcebook by West End Games, there was nothing for Dark Empire II or Empires End.
Oh well, too late now.