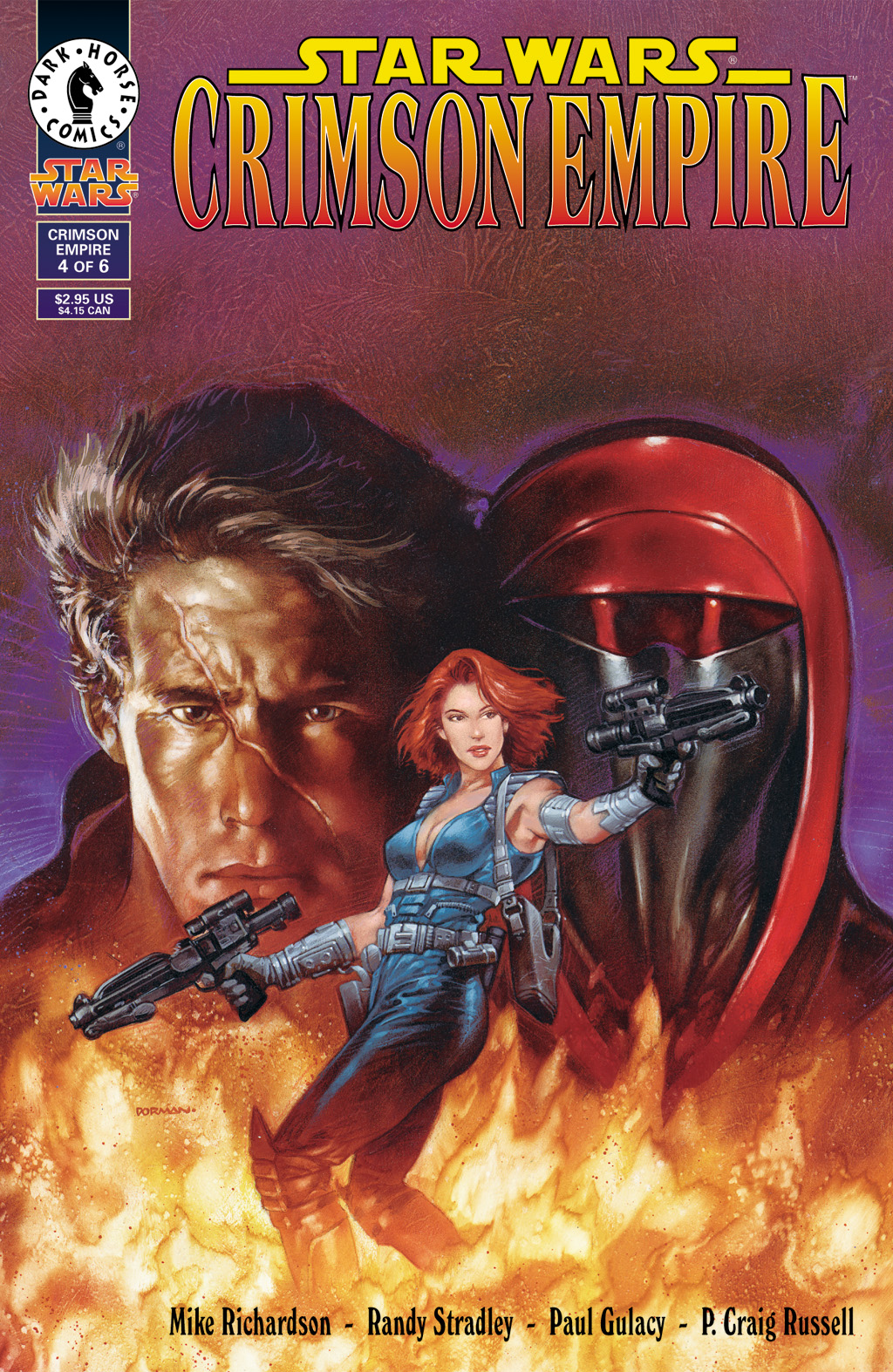 What is it ? : The New Republic are evacuating their base as although they defeated the attack with the help of Kir Kanos, the Empire knows where they are and can return in larger numbers. Mirith Sinn and Sish Sadeet discuss how the Empire discovered their base, and find it unlikely it was Kir Kanos given the help he gave them, but the alternative is a traitor in their midst which they don't even want to discuss.
Tem Merkon tells them he is going to return to the city as his eyes would be more useful there, and Sish Sadeet watches him leave with some suspicion.
Above the planet, Carnor Jax's Star Destroyer has arrived, and he shuttles down to the planet where he is met by Colonel Shev, who he berates for having lost an opportunity to capture Kir Kanos.
Tem Merkon arrives at the Imperial command at the same time as Carnor Jax, and later sneaks back to his safe house, where he discovers Mirith Sinn and Sish Sadeet awaiting him, and they question him about his meeting with Carnor Jax having discovered his betrayal. He offers them some of the money he got for betraying Kir Kanos, but they refuse and one of their men stabs him from behind killing him.
At Kir Kanos's ship a group of Stormtroopers ambush a robed figure approaching it, only to discover that it is Mirith Sinn, and they take her back to the Imperial command where Carnor Jax interrogates her. He tells his men that Tem Merkon obviously sold them false information and dispatches Stormtroopers to Merkon's safe house to bring him back, but they discover only his body, to which are attached explosives which detonate, killing the Stormtroopers.
As Mirith Sinn won't yield to his interrogation, he order his Star Destroyer, and another which has just arrived to open fire on the surface, wiping out entire towns, and with this Mirith finally tells him that Kir Kanos has left for Yinchorr.
Carnor Jax realises this is true, and releases Mirith Sinn as he promised, but leaves the Star Destroyers firing on the surface, targeting the Republic Base this time to destroy any forces who haven't managed to evacuate yet.
As she leaves, she is tailed by a Kubaz spy, but he in turn is dispatched by Sish Sadeet, who tells her he managed to contact New Republic command, who are sending a surprise for the Empire.
Carnor Jax returns to his Star Destroyer, and it departs for Yinchorr, and the remaining Star Destroyer begins firing on the Republic Base even though it detects Republic Starfighters emerging from Hyperspace as the captain figures they are powerless against an Imperial Star Destroyer. As the starfighter race towards the Star Destroyer the squadron leader tells his pilots to show the Empire what Rogue Squadron can do . . . .

High Points : Yes, finally we get an issue without exposition and without flashbacks, and the story moves on, and it's a fast and enjoyable read. Also what I didn't realise until I finished is that Kir Kanos does not feature in this issue at all, and the fact that I never noticed until the end means that the story caught my attention and this part of the story didn't need him.

Low Points : One thing which confused me as it's not been mentioned before, was when Carnor Jax is interrogating Mirith Sinn and she lies to him at one point, and he tells her that The Force says she's lying?
Carnor Jax is force sensitive? I thought that the Royal Guardsmen were just skilled Warriors, trained up to Jedi levels, but now I find myself wondering if they are Force Sensitives? Or is it just Carnor Jax? Or was he lying to put himself up there with the Emperor by having mysterious powers?
I'd definitely liked to have had some hints towards this if indeed Carnor Jax does have Force Powers, perhaps Kir Kanos mentioning in all those flashbacks that Carnor displayed unusual powers or skills.

So what do you really think ? : A really solid issue taking the story forwards without endless flashbacks and exposition, we're really into the events of this story rather than just setting everything in place for this story. I'm beginning to see why this story is so highly recommended.

Final Words : Having only been told of this story in the past and seen various small glimpses of the plot, I'd assumed it would be more about Kir Kanos taking out multiple Imperial Warlords and leader who he felt were not loyal to Palpatine's vision of the Empire, and he'd be a lone assassin/terrorist striking fear into the heart of the Imperial Remnant.
But instead he's just focused on a single target, who just seems created for this particular story, and is more than happy to team up with the New Republic.
Not a criticism of the story (except Carnor Jax's position as leader of the Empire, when as far as I'm aware he was never heard of before this story), just different to how I imagined the story to go.
Although that said, perhaps I'm mixing up what I've heard about Crimson Empire II: Council of Blood and this story, but we'll see when we get to that one.