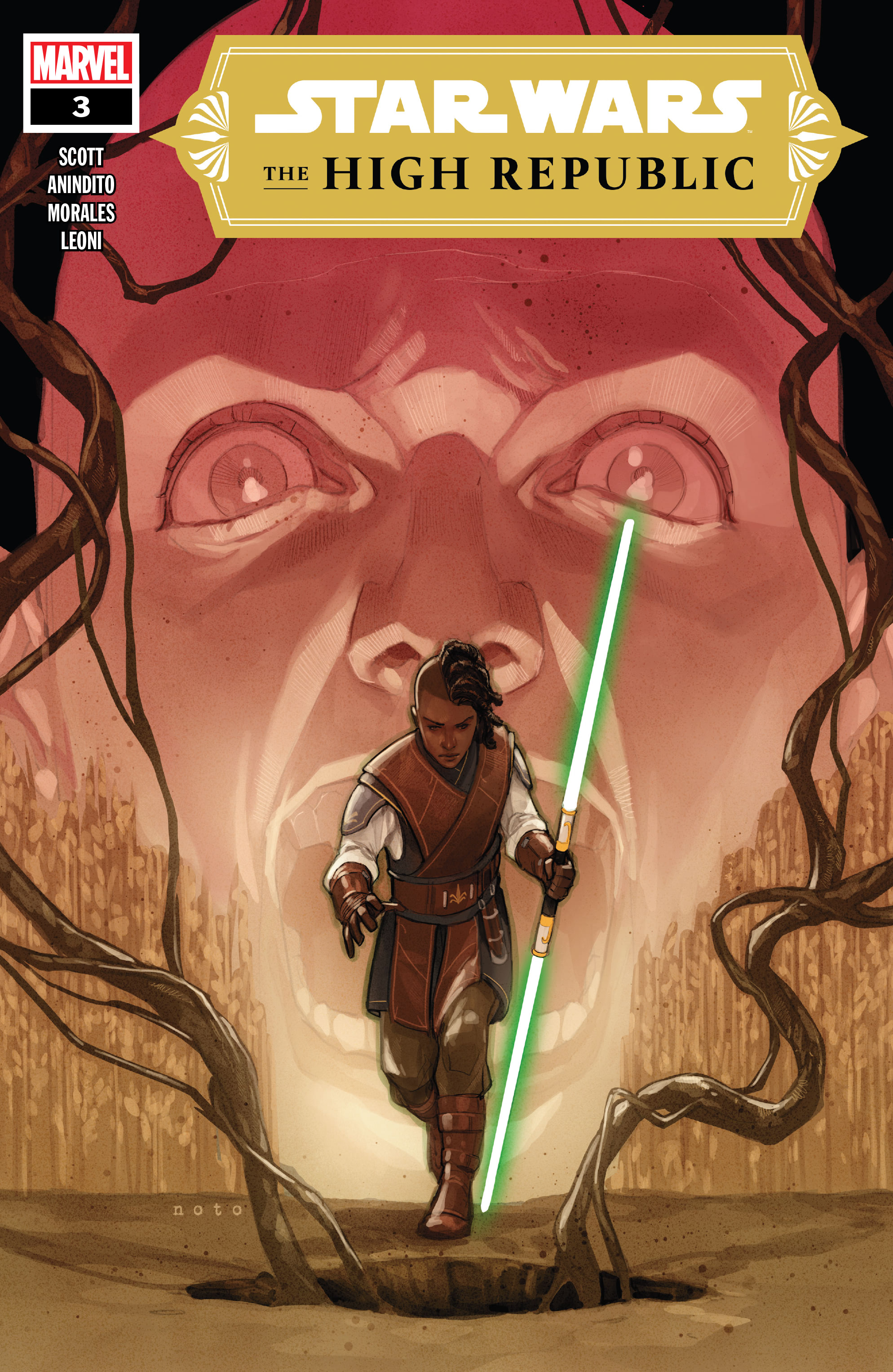 What is it ? : The Ataraxia has landed on Sedri Minor, and Jedi Master Avar Kriss is trying to calm Terec who is throwing some kind of fit due to their connection to their missing twin Ceret. Jedi Master Sskeer is of little help, and Avar Kriss obviously blames him for losing Ceret and his other recent mistakes.
Outside, Keeve Trennis is standing guard, but also avoiding the argument going on inside, when she is approached by some of the inhabitants of the planet, offering food and showing gratitude towards the Jedi for coming to help out in stark contrast to how their leader, Kalo Sulman, treated the Jedi when they first arrived. Keeve speaks to the people, discovering that there are other people missing, and people are so scared to go into the fields that their crops are rotting.
Kalo Sulman approaches, casting aside the other peoples comments, saying that they have no need of the Jedi's help, but Keeve decides that since the masters are too busy arguing, that she will investigate and heads into the fields lightsaber ignited.
Heading through the rotting, stinking fields she finds one of the children is accompanying her, Bartol, who wants to find one of their friends, a Rodian child named Julus. In the field they discover a hole leading down, and while Keeve considers what to do, Bartol impulsively jumps into the hole, so Keeve has to slow his fall with the Force to stop him plummeting downwards, and has to follow him down. She comments that he could have been hurt, but he replies that he trusted the Jedi to keep him safe, isn't that what he's supposed to do, something Keeve has difficulty disputing.
As they venture through the tunnel, Keeve recites the Guardian Mantra, "I am one with the Force, and the Force is with me.", and they discover Ceret and Julus held in the roots of some large plant. Julus is dead, and Keeve comforts him and puts him to work holding her Lightsaber so she can see to help Ceret.
Back aboard the Ataraxia, Avar Kriss realises after speaking to Kalo Sulman that Keeve has gone into the fields and heads to investigate, leaving Sskeer with Terec, but the formerly unconscious boy spits out spores into the Trandoshans face, who immediately collapses taken over by his own fears.
Keeve senses something, and grabs her Lightsaber as a large plant-like creature bursts into the chamber, and Terec awakens grabbing hold of Bartol. The creature speaks, calling the pair "Meat" and offering them the chance to join with it, or nourish it. Keeve refuses, so the creature calls her "Food". When suddenly Avar Kriss leaps from above, cutting the creature in half. Kriss uses the Force to try to free Terec from the control he is under, when two more of the creatures enter led by Sskeer, holding his Lightsaber in his formerly missing hand, now mode up from interwoven plant tendrils, who tells them "The Harvest will be bountiful, the Harvest will be Pure" . . . .

High Points : High Republic is really growing on me, the character traits they're introducing for the various characters are pretty great, Keeve's habit of being joined on her adventures by waifs and strays is a great one. Her annoyance at having to protect them, being balanced by the information and help they offer.

I also absolutely adored Bartol, a child who totally believes the Jedi's hype. He leaps down a deep dark hole, because he's always been told that the Jedi will save him, and there's a Jedi there. He thrills over being carried by the Force, and getting to hold the Jedi's lightsaber. In a universe where everyone is preached to about the Jedi and their powers, how just they are, how honest they are, Bartol is the obvious consequence, someone who trusts them completely.
Which makes complete sense, and the fact that usually everyone is normally so cynical about the Jedi makes him stand out, where in reality he should be the norm, when I can only think of one other character in all of Star Wars who thought this way, and that was young Anakin Skywalker in The Phantom Menace.

Low Points : For all of the good points about Keeve and Bartol, there's very little to say about the other characters. Avar Kriss is just a generic good Jedi, Sskeer is a Jedi on the edge of the Dark Side, and Terec and Ceret have no other character features beyond they're mind linked.
The only other moment we get of any characterisation is when Kriss contacts the Jedi, and is told that everything has been reported back to the Jedi Council, and it's made clear that she probably should have done that. So they're trying to make out that she's a Jedi of action, more of an Obi-Wan or Qui-Gon, but that pretty much just makes her like every other Jedi hero.

So what do you really think ? : I'm liking High Republic more and more, but again there's nothing to differentiate this time period from that of Qui-Gon's adventures just before The Phantom Menace. We're really not seeing why we need this new era at all, although perhaps we're leading to something which will form the basis of why we need to be 100 years before the movies, some galaxy defining event.

Final Words : This High Republic series is definitely growing on me, it's not an ensemble time period as I thought it was going to be when the announced it and showed off the characters, it's definitely Keeve's story so far. But I'm genuinely liking her, and the story is different enough that they're making me want to come back for more. I'm glad I gave it a chance.