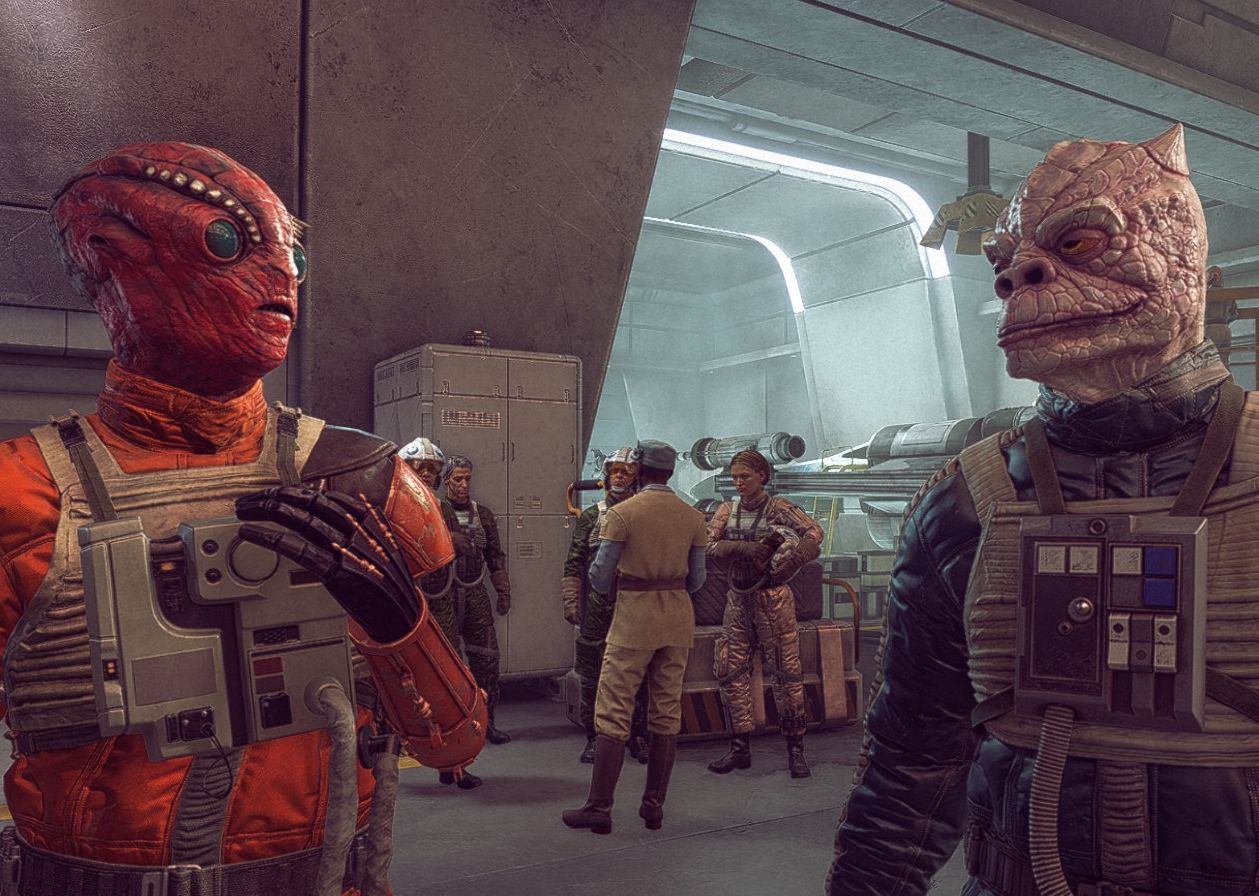 Mission 7: Into the Abyss

What is it ? : Remaining with the Rebels, Frisk and Gunny speak to you in the hangar, Frisk thinks it was a waste destroying the Imperial station, that it could have been used to obtain intelligence and money, although Gunny disagrees as the Republic has to operate in a more legitimate way now it is a government, something Frisk remains unhappy about.
In the briefing you are told that the false intelligence is to lead the Empire to raid a fake shipment of Magnite crystals they think is essential for Project Starhawk. This raid will take place in the Zavian Abyss, a highly volatile area of space, However with the Star Destroyer you helps capture, the Starhawk has been completed, and will be awaiting the Overseer to disable it and hopefully capture Terisa Kerrill.
After the briefing, Ardo Barodai tells you of Lindon and the patience needed to spring the trap, Lindon Javes is thanking General Hera Syndulla for her help, Frish is impressed by the planned ambush and tactics of Lindon, and finally Gracalia Vatara Sienar comments on the power of the focussed tractor beams of the Starhawk.
Launching, you join the convoy you are to escort through the Zavian Abyss, and you must destroy some asteroids which blocks the convoys path and threaten it. But as you approach the wreckage of a Venator Star Destroyer a dozen Tie Fighters and Interceptors jump you, and as you fight this threat to the convoy, a group of Tie Bombers begin an attack run on the frieghters.
Dealing with them you head to the next waypoint when the Overseer makes its appearance, firing missiles at the convoy which you must intercept before it launches more Tie Fighters and Bombers. The Bombers are the immediate threat to the convoy, but the Overseer keeps launching Tie's to overwhelm you.
Unknown to the Overseer however, the Starhawk is waiting nearby, charging its weapons, and when it is ready, you are ordered to a waypoint to get out of its field of fire, and the Starhawk grabs the Overseer with it's Tractor beams dragging the vessel into the asteriods doing massive damage to it's bow, but it orders it's squadrons, including Titan Squadron back to its hangars as it prepares for an emergency Hyperspace jump out.
After it departs, Vanguard squadron discuss how a unplanned Hyperspace jump like that sure spells doom for the Star Destroyer.

High Points : The environment of the Zavian Abyss makes for an interesting level, with not only a large amount of clouds to block vision, but also loads of obstructions such as wreckage and asteroids, which provide cover and obstacles. It's surprisingly fun to have to dart around these obstructions as your target dodges behind them from your weapons, giving you a real feeling that you're flying an agile fighter into combat.

Low Points : The supposed building tension as the Starhawk charges its weapons, doesn't feel tense, but the worst element is the Starhawks weapons itself. I know that the Rebels/Republic aren't supposed to be like the Empire, but it's a massive disappointment when their supposed superweapon turns out to be powerful tractor beams.
The Starhawk intends to drag enemy ships into collisions, which is fantastic when there is something to collide with, but surely the Empire will just face it down in open space where it's only choice will be to collide with it's target itself.
If the weapons grabbed the target and then fired on it with a superlaser type weapon which needs the target to remain immobile, that'd be one thing, but it just grabs and drags enemies around.
Pacifist weapons in Star Wars just don't really work, because the enemy is still as dead, no matter how you kill them, whether by blasting them with a weapon, or smashing them into a space rock.

So what do you really think ? : A fairly fun mission, and one which ends with a nice cutscene which features both Vanguard and Titan squadrons (although you obviously never fly against yourself).

Final Words : This level provides a nice break in the storyline, as the Empire which has been on the hunt for the Starhawk and on the attack until now, is at least temporarily forced onto the backfoot as their Star Destroyer is badly damaged and they must retreat to repair and resupply.