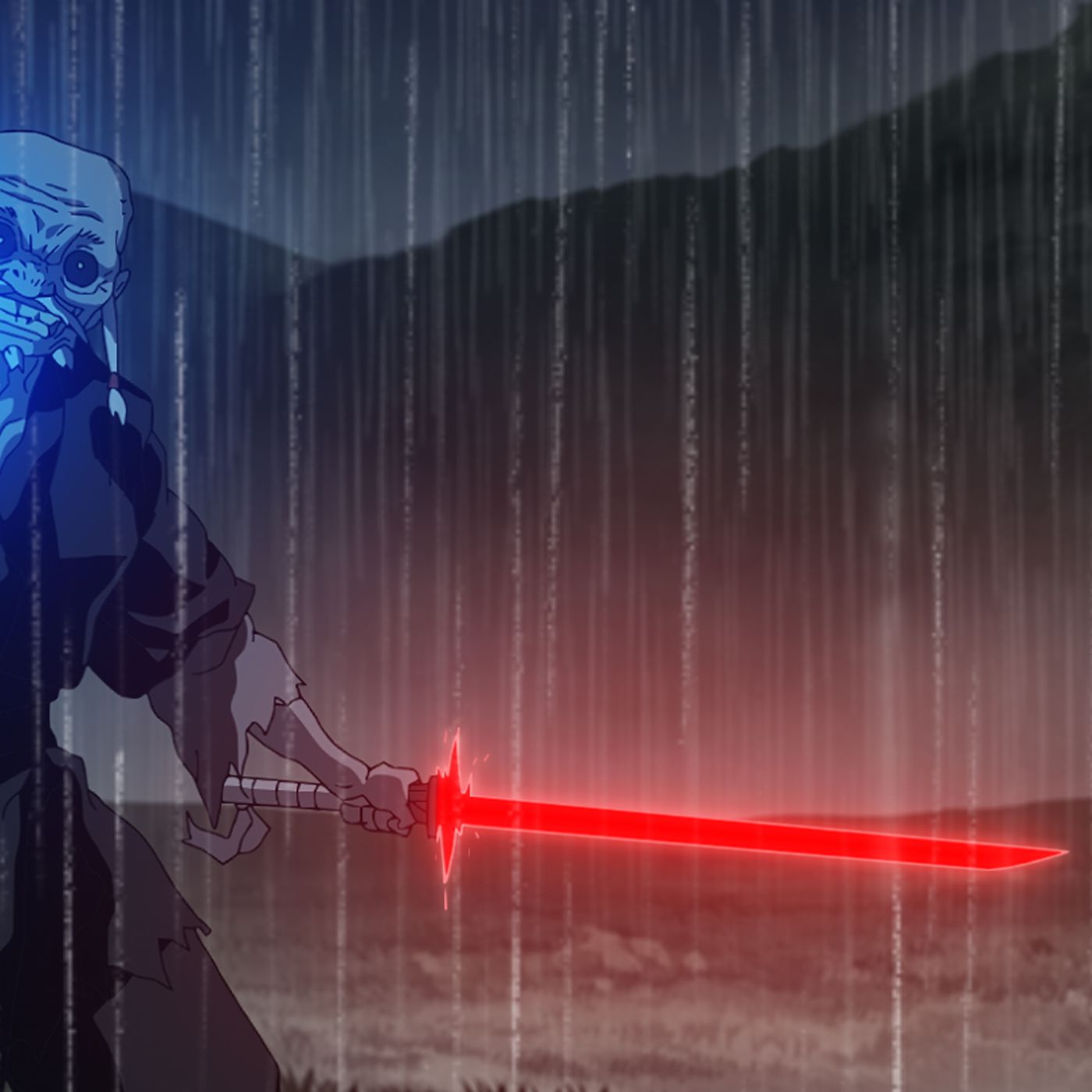 What is it ? : Two Jedi are travelling in their ship, the Padawan, Dan G'vash, asks whether his master, Tajin Crosser, is the most travelled of all of the Jedi. Tajin is modest, but suddenly feels a darkness of something ancient and evil nearby.
They land their ship on the world of Habo, and they spot some locals, but Tajin tells Dan that they are shy, so asks him to wait while he speaks to them. While he approaches and speaks to the locals, Dan spots some young girls gawking at him, and he winks at them and they mimic him, so he continues until Tajin returns, and congratulates him for gaining their trust.
The locals spoke of an elder man who landed his ship nearby and they headed up into the hills, Tajin is led to the ship by the locals, while Dan is guided into the mountains by the young girls, commenting that he is younger and the hills will be easier for him.
Tajin reaches the ship, and doesn't recognise it's black and red angular hull, but finds it reminds him of Sith designs, so uses his commlink to inform Dan. Meanwhile Dan is finding the climbing not as easy as he thought, although the girls are managing fine, but after speaking to Tajin he spots a dead Vamga, a ferocious local creature. He sends the girls away for their safety while investigation, and discover the creature was killed by a single slice across it's throat showing whoever it fought was very skilled, and he informs Tajin that it was killed with a Lightsaber.
He senses something and spots an elder man approaching him, the man speaks about the creature not being any kind of challenge, but hopefully Dan will be.
The man ignites two short lightsabers, which glow a dark red colour, and Dan ignites his own lightsaber, but the elder man seems disappointed in the challenge that Dan presents, saying that he senses there is someone more powerful nearby, who might provide some challenge.
The two fight, which ends fairly rapidly when Dan's lightsaber is locked with one of the elder mans sabers, allowing the second blade to slash him across the abdomen.
Tajin senses this, and rushes to help his Padawan, arriving to find Dan laying on the ground in the rain with the elder man waiting patiently nearby.
The two ignite their lightsabers and duel, with the elder man remarking how happy he is to be fighting someone so strong, and that he wished he'd fought him when he was younger and power powerful.
As the two fight, Tajin manages to disarm one of the elder mans lightsabers, destroying it, but the man starts using Force Lightning, meaning that Tajin's lightsaber is tied up deflecting it. Dan awakens and hurls his Lightsaber at the elder man, who turns to deflect it with his remaining saber, giving Tajin the opportunity to break through the force lightning and impale the old man with his lightsaber.
Rushing over to help Dan as the elder collapses, giving the man time to press a button which destroys his ship, before he himself crumbles to ashes.
Some time later, Dan is recovered from his injuries, and the two discuss the events and that they cannot find out more about the old man since his ship was destroyed and he himself crumbled away. Tajin comments that the old man would have been truly powerful when he was younger, but that is the way of things and he himself will weaken with time and Dan will become more powerful than him.
He tells Dan to say his farewells to the friends he has made, since they were worried about him, and as Dan walks off to do this, Tajin takes one last look at the elder mans remains. . . .

High Points : A fairly traditional Star Wars tale, with a master and an apprentice facing down a Sith and beating him because they are willing to work together, when the Sith is a loner. One of the strengths of this episode is the mysteries it presents, who is this Sith, where does he come from, why does he crumble to dust when he dies, and what is he protecting by destroying any evidence that the Jedi might follow.

The animation is done well, and the way they've done the lightsabers is impressive, with them glowing but in richer stronger colours, and the way they sizzle as they fight in the rain and the raindrops hit the blades becoming vapour. It's a joy to watch this section, and manages to look very different to other Star Wars animation.

Low Points : But the mysteries of the episode are also one of its weaknesses, as although it leads us to believe there are various facts to uncover about the Sith. As this is a one off these mysteries will never by uncovered, leading me to believe that they're not carefully concealed pieces of knowledge, hidden to make the story more interesting, but instead just things that the writers didn't know either. So instead of them coming up with a backstory for the elder man, they just wrote in "Mysterious".

So what do you really think ? : Although not a stunning story, this one was enjoyable enough and definitely well done, but with it being a one off, it really suffers from just being Two Jedi meet and fight a Sith. It reminds me of so many Fan Films made in the early 2000's, where no matter how well the effects were, they were short, so lacked any real story (Duality for example is brilliant, but the story can be summed up with "Two Sith fight").
And while there is an effort to make it appear as part of a wider universe, the mystery of the Sith, the talk of Tajin's past, etc, these seem shallower than normal and forced in there to make the universe seem bigger than it has been written.

Final Words : There is nothing wrong with this episode, and for a 13 minute Star Wars short it's pretty entertaining, but it just seems shallow and just a bit more empty than Star Wars usually is. I really can't get away from that fan filmish feeling, that the universe building is somehow more amateurish than Star Wars usually manages.