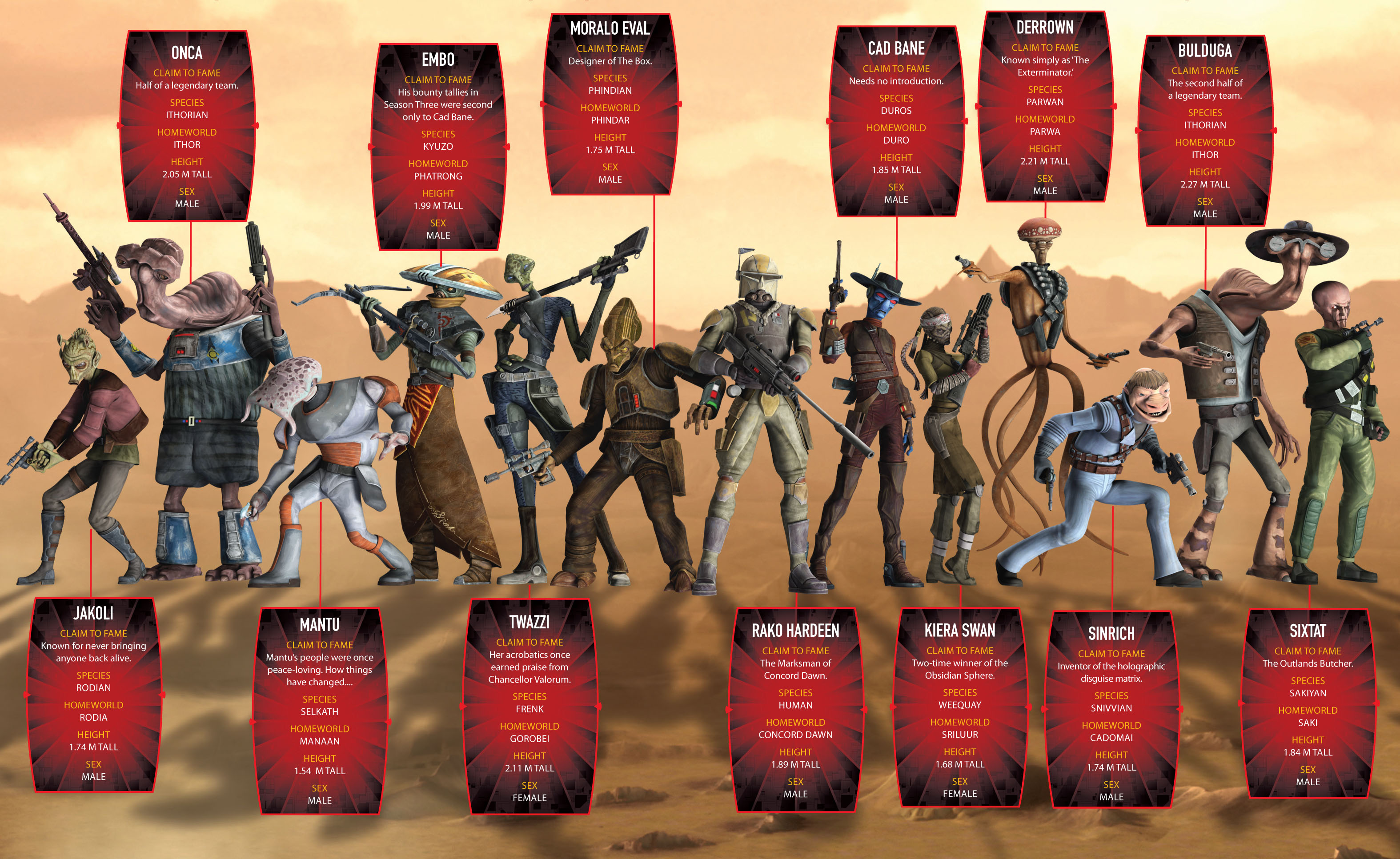 What is it ? : Obi-Wan (still in disguise), Cad Bane and Moralo Eval arrive on Serreno to meet with Count Dooku, who has gathered a bunch of "Bounty Hunters" to be tested to see if they're good enough to be hired to kidnap Chancellor Palpatine.
They enter into the box, which has a series of tests for them to overcome, Obi-Wan helps the team succeed in numerous tests, and Eval becomes jealous thinking that Dooku will assign him to lead the team, until he cheats one of the tests by providing too little ammunition to complete it. However as Obi-Wan is going to be dropped into a flaming pit he is rescued by Cad Bane who has achieved a grudging respect for him. Obi-Wan fights Eval, defeating him but refusing to kill him, and Dooku assigns Cad Bane to run the team on the mission.

High Points : Singing the praises once again for the improved animation and models, the ship that Obi-Wan, Bane and Eval arrive in still bears the damage it received in the crash during the last episode, it's entire nose being smashed in.

The scene where Bane saves Obi-Wan, showing a grudging respect for the way that Obi-Wan has helped the team overcome the challenges is very nice, and shows a depth to Banes character, which is where he's always been a more interesting villain than most of the others in Clone Wars.

Low Points : The episode really feels like it's treading water, the storyline doesn't really progress, in fact if they'd arrived on Serrano and Dooku had just declared Bane to be in charge of the mission, I think the same progress would have been achieved.

So what do you really think ? : The action is fairly good, and the dialogue decent, even the challenges are interesting, however this episode doesn't really serve any purpose in the storyline, and is a pretty ridiculous concept, essentially testing your hirelings by running them through a dangerous game-show.

Final Words : Oh well, there's surely no way they can drag out the storyline more, and we should see the resolution next episode, hopefully with some interesting developments as Bane and Dooku realise they've been scammed.