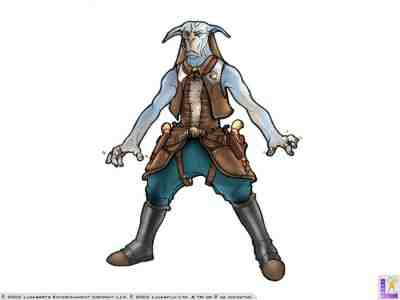 
The Bharic are an advanced species which have been part of the galactic community for several thousand years, although their predeliction for violence never made them popular. Their nimbleness and dexterity make them naturals with almost any kind of equipment, and while not overly good with technology they make excellent pilots and gunners which gave them a certain popularity in the fringe.


Hearing: The Bharic have sensitive hearing, giving them a bonus 2D to all sound based skill checks such as listening or tracking by sound.

Violent Nature: The Bharic enjoy commiting violence, and are naturally drawn to such careers as soldier and bounty hunter.