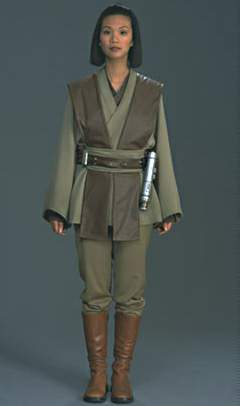 These are the known powers Bultar Swan possessed and it is believed that she had access to other powers.


Bultar Swan was a skilled Jedi Knight during the final years of the Galactic Republic. She was one of the 200-member Jedi taskforce that arrived on Geonosis on a rescue mission to free Jedi captives from Separatist forces. Her skills with the lightsaber were put to the test as she faced off against Geonosian warriors and a seemingly endless horde of battle droids.

Apprenticed to Micah Giett, Bultar Swan showed promise in a number of combat disciplines, though she never applied her acrobatic styles to take a life prior to the outbreak of the Clone Wars. With the tragic death of Giett at the hands of Yinchorri extremists, Swan continued her training under Jedi Master Plo Koon. In practice, Swan excelled at drawing opponents toward her by minimizing her own physical movements, and then striking forward in a flawless attack of blinding celerity. Just prior to the outbreak of the Clone Wars, Bultar Swan was part of a diplomatic team trying to broker peace in the heated Sepan Civil War.