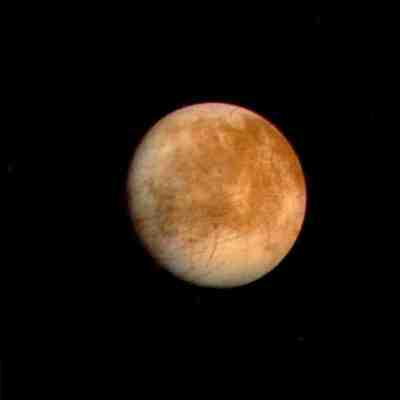 
Capella is the main production facility for Capital Ships in the Mandalorian Empire, and although the planet Capella 1 is a barren rock the system contains enough minerals and gas giants to make it the ideal place for large scale production. This combined with the fact that the Capella star system is deep within Mandalorian space, but away from other worlds so not easily located by their enemies, has lead to the exploitation of this star system like no other in the Mandalorian Empire.

The Capella star system is unusual in that it has more gas giants than ordinary planets, it also features two asteroid belts that are convienient for mineral exploiation. The Capella star itself is a unremarkable red star, which emits a large amount of radiation making it a navigation hazard for ships emerging too close to the star itself. The inner most planet Capella 1, is a small rocky world with a stable orbit far from the star, this accounts for its low temperature and the fact that whatever atmosphere once existed has long since bled off into space. Capella 2, 3 and 4 are gas giants, which vary in size but are all fairly large examples of gas worlds. The atmospheres of these worlds are heavily mined for gas fuel, but the fact that only Capella 3 has any moons hampers these activities as artificial stations have had to be set up in orbit around the other two worlds. Between Capella 2 and 3, and 3 and 4 are asteroid belts, which are generally believed to be worlds torn apart by the gravity of their gas giant neighbours. Capella 5 is another small rocky world, which is thrown around in its orbit by the gravity fields of the inner gas giants, leading to an erratic orbit around the star and causing the world to be virtually ignored by the Mandalorian presence in the system.

Because of the massive exploitation of the asteroid belts and the gas giants, the 8 moons around Capella 3 have all been used as staging areas for these activities. Making the area extremely busy with tankers and transports, as well as a small Juannar presence in certain protected areas of the Gas Giant.

Capella 1 itself, is the most populated part of the system with 90 million of the 200 million Mandalorian occcupants of the system living here. About 40 million of these are employed mining the planet of its valuable metals and materials, which are mainly used by the orbital ship yards. The core of the world is now riddled with tunnels and mines, while the upper areas of the planets crust is taken with the living areas for the population which cannot live on the hostile surface of the planet. A thousand years of occupation has turned the cities into comfortable environments for the inhabitants to live and raise their families in. Huge caverns with parklands and dwellings mimic surface life, lacking only wildlife to fill the illusion. Warrens of tunnels provide plenty of room for the dwellers to life full lives, and the universities on Capella 1 are among the best the entire Mandalorian Empire has to offer. Although mining is being transferred more to the asteroid belts, as resources on the world itself are becoming more depleted, the occupants are more often transferring to new careers in manufacturing and space construction.

Because of the strategic importance of Capella, its existance and location are kept secret, with the hyperspace co-ordinates only being given to transports and vessels which have an immediate need to travel there. They hyperspace in by a long and tortuous series of hyperspace jumps, the last of which passes through a heavily secured checkpoint deep within Mandalorian territory. However not even these precautions stopped the Sith from determining its location and capturing the Silver Castle superweapon shortly after its completion. However, not even the massed forces of the Empire and the Sith could capture the shipyards themselves due to the massive fortifications and armaments mounted on the construction platforms themselves. But by the time the Mandalorians managed to retake and secure the system, the manufacturing output of the shipyards had been set back by over a year, causing supply problems for the Mandalorian Empire for a period of several years.

The Capella system remains a remote and heavily protected area, with visitors being met with force, and destruction almost certain, unless authorisation from the Mandalorian government has been given.


Page designed in Notepad, logo`s done on Personal Paint on the Amiga.
Text completely by FreddyB. Image is of Europa, and most probably is copyright by NASA.
Any complaints, writs for copyright abuse, etc should be addressed to the Webmaster FreddyB.