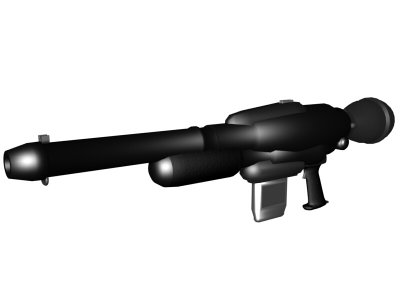 Game Note: On constant fire mode, each "shot" fires five blasts; holding the trigger down will fire six shots per round. In game terms, once a shot hits in a round, all following shots at the same or immediately adjacent targets (within one meter) are one difficulty level lower.


Description: After the destruction of Alderaan a native of that world, Almek Obsidian, became somewhat obsessive about military power, and set up Core Defence Industries (CDI) to supply defence to other worlds so the same could never happen again. However the unbalanced nature of the industrialist and the corporation he founded, led to many headaches for the fledgling New Republic, as the power weapons and vessels were sold to anyone without restriction, meaning that these state of the art weapons of war were available to terrorists, pirates and other criminals. Fortunately, for the New Republic at least, Almek Obsidian died after only a couple of years, and the absence of his genius, although unbalanced, hand at the helm meant that CDI went into receivership shortly afterwards. The Spray Blaster is designed to allow troops to fire a lot of shots into a small area quickly, taking out enemy squads, or pumping many shots into a tough or armoured target. For this reason it has gained some popularity with small squads, allowing them to defeat tougher enemies with greater ease, other reasons for its popularity are its high ammo capacity, and long range.