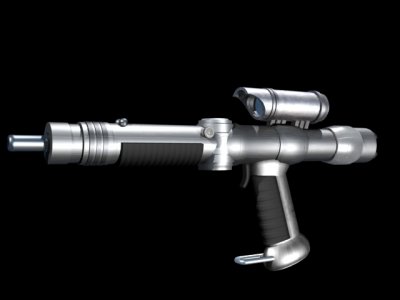 Description: The H88 is one of the first weapons released by SoroSuub after the Battle of Endor, designed to be a compact military Blaster rifle which could be concealed and wielded one handed. This was done to balance the corporations sales to the Empire by supporting the Rebellion and its freedom fighters with a weapon suited to their use. Although the weapon did not sell well to the Rebellion, who were more suited to using whatever weaponry they could obtain rather than purchasing expensive new guns, SoroSuub did find a market with the fringe. These people found the weapon to be well suited to the rough and tumble and the dangers of the fringes of occupied space, and well suited to the more criminally minded folks who dwell there. With attachments for scopes and other military improvements the H88 is an impressive weapon, which is replacing the Blastech heavy blaster pistol as the weapon of choice in the fringes of space.